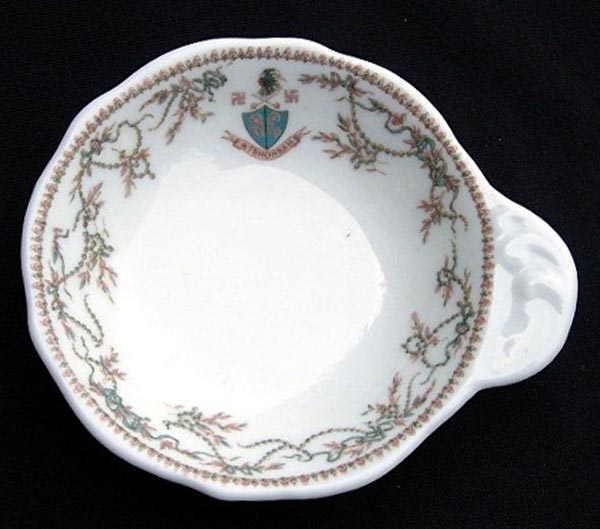 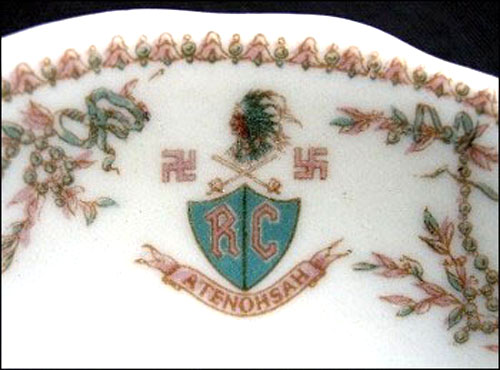 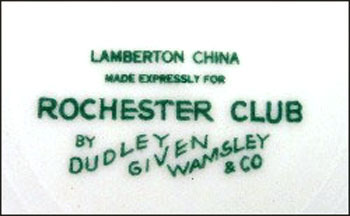 Distributor: Dudley, Given and Wamsley Co.
Notes: This china — and two other known patterns with the same seal but different borders — have all been identified in 2006 by Charyleah Cordone, president and owner, as belonging to the Rochester Club in Rochester, N.Y. "Yes, this is the original pattern to the guilding when it was an exclusive men's club. That is the old building logo and all the old logos included the word ATENOHSAH. The building originated in 1896."

The Indian logo has a swastika on each side, which was used by some American Indians to stand for well being and good fortune, and it was used as well by other cultures around the world, including China, Japan, India and southern Europe. Underneath the teal blue shield with the initials RC inside it, is the word ATENOHSAH. There are crossed tomahawks above the shield. Green and tan floral border. Lamberton backstamp.