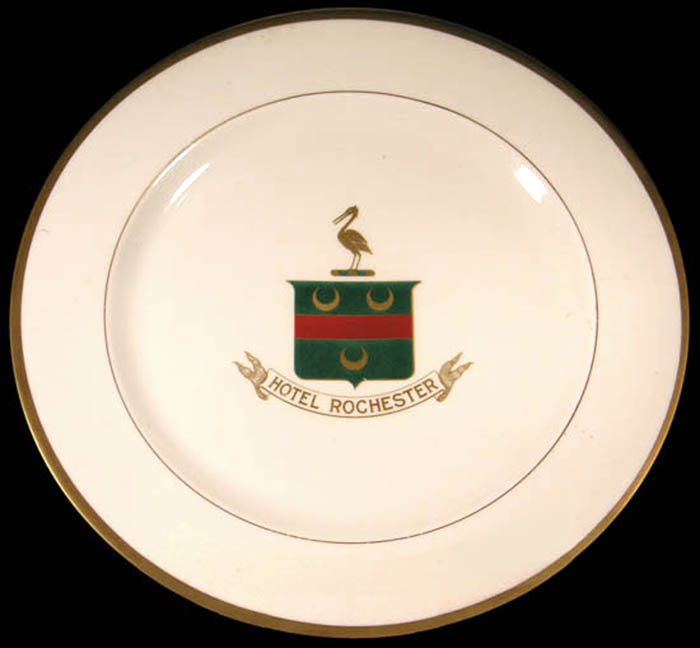 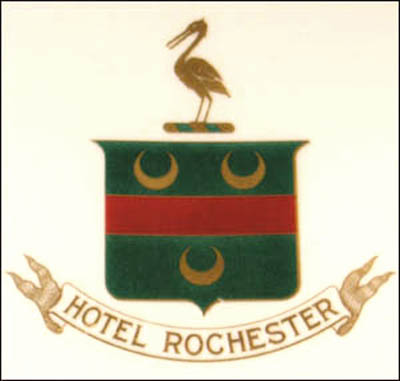 Notes: The Hotel Rochester was located at 95 W. Main Street in Rochester, N.Y., opening in 1908 and operating under various names and management until 2000.

Owners at one time during its history were the National Hotel Co., United Hotels, American Hotels and Manger Hotels. As part of the acquisition by Manger Hotels, its name was changed circa 1955 to Manger-Rochester, and by 1958, it was called The Manger Hotel. It was built on the site of the former National Hotel. At one point mid-century, it was converted into a college residence hall, but back again to a hotel.

The red and green striped design includes a shield in three parts with crescents topped (in metallic gold) with a bird and in a banner below, Hotel Rochester. The date code is 30 impressed within a diamond. The meaning of the red 9 painted on the back is unknown.