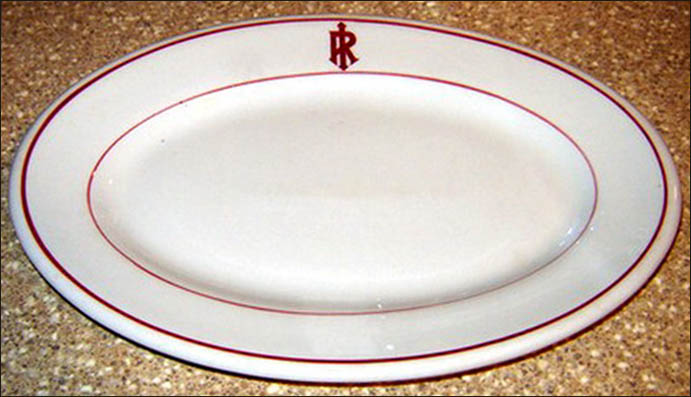 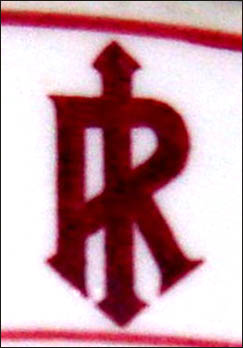 White body with dual red lines around the edge, monogram of centered R and I with I pointed at both ends. Of note, the grill plate (not shown) has a lime green line instead of the red lines, however the logo is still in red.