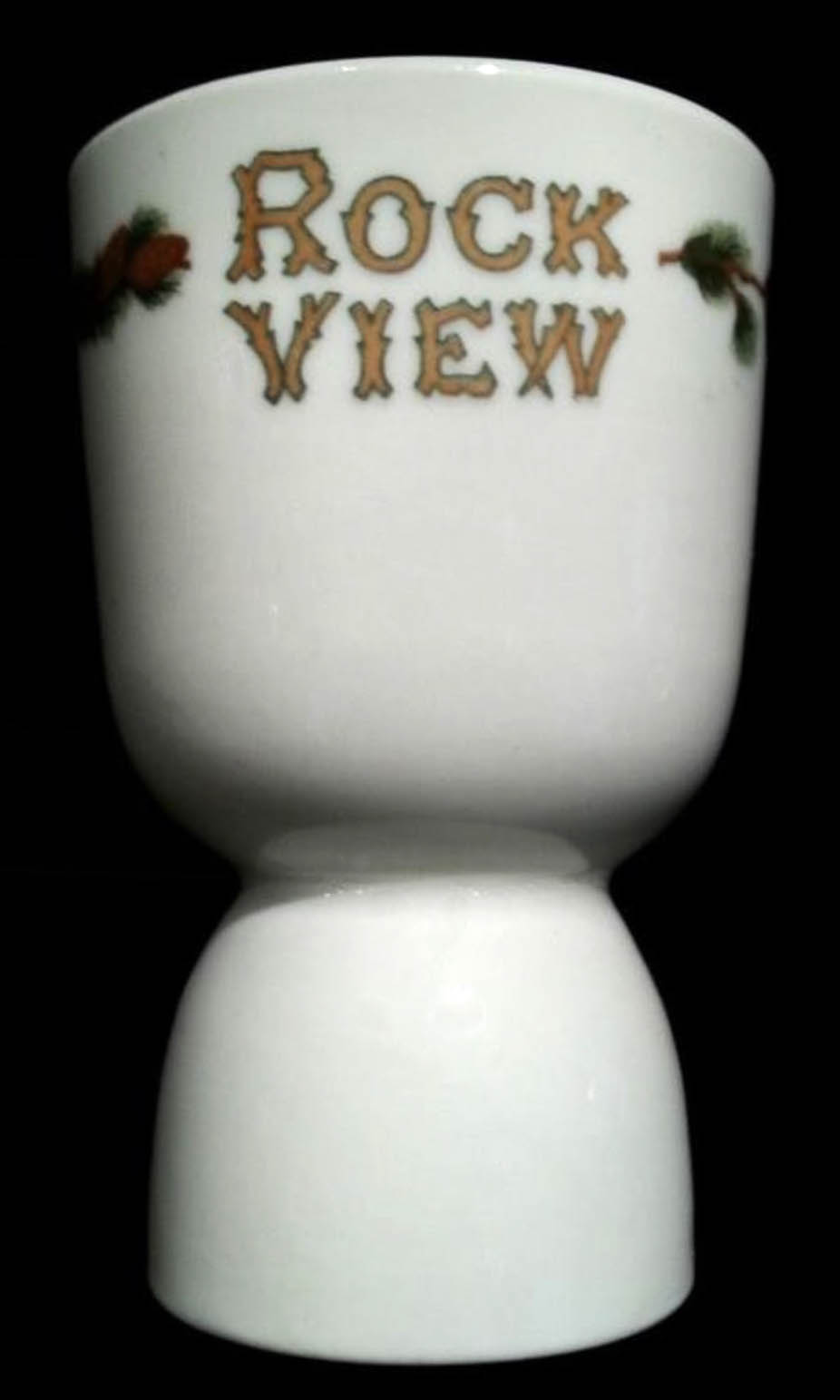 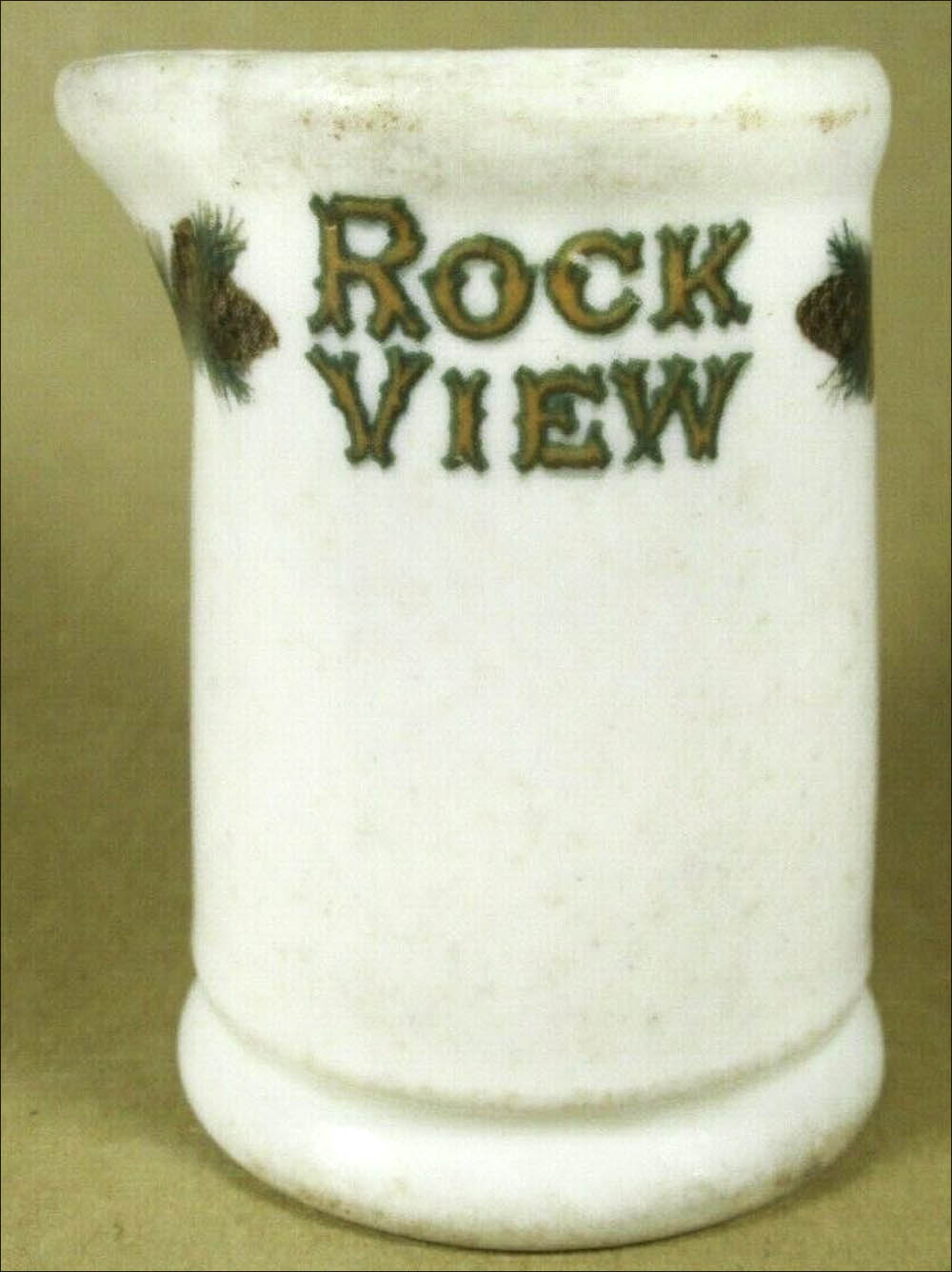 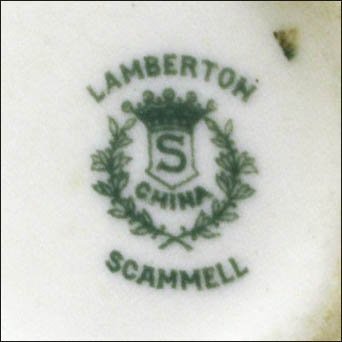 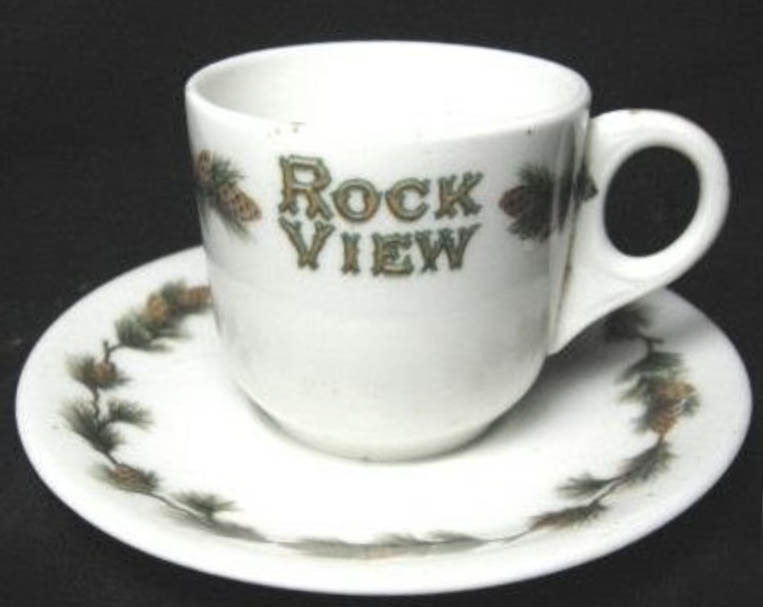 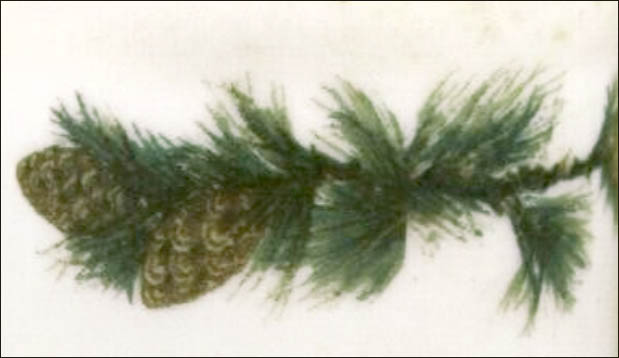 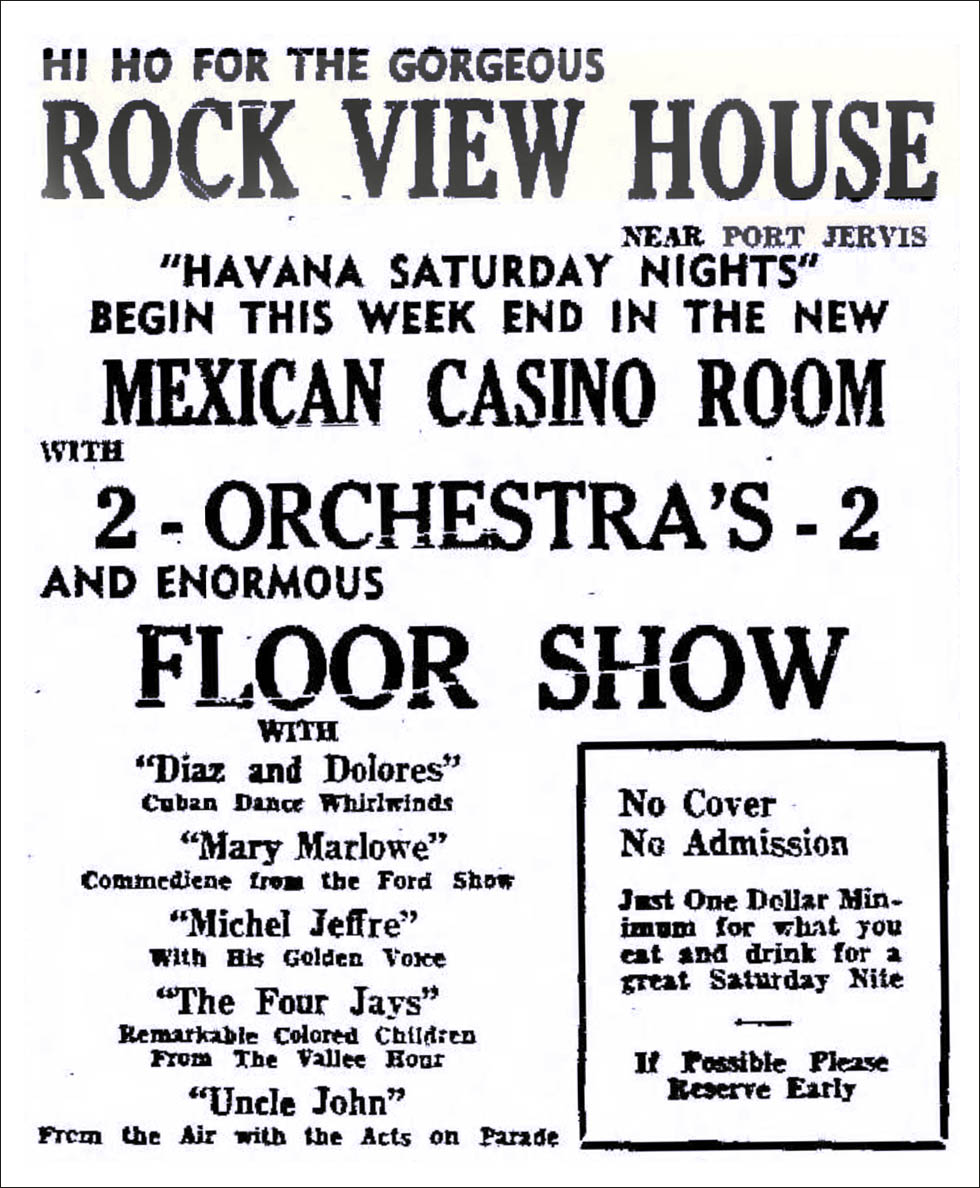 Advertisement for the Mexican Casino Room at the Rock View House 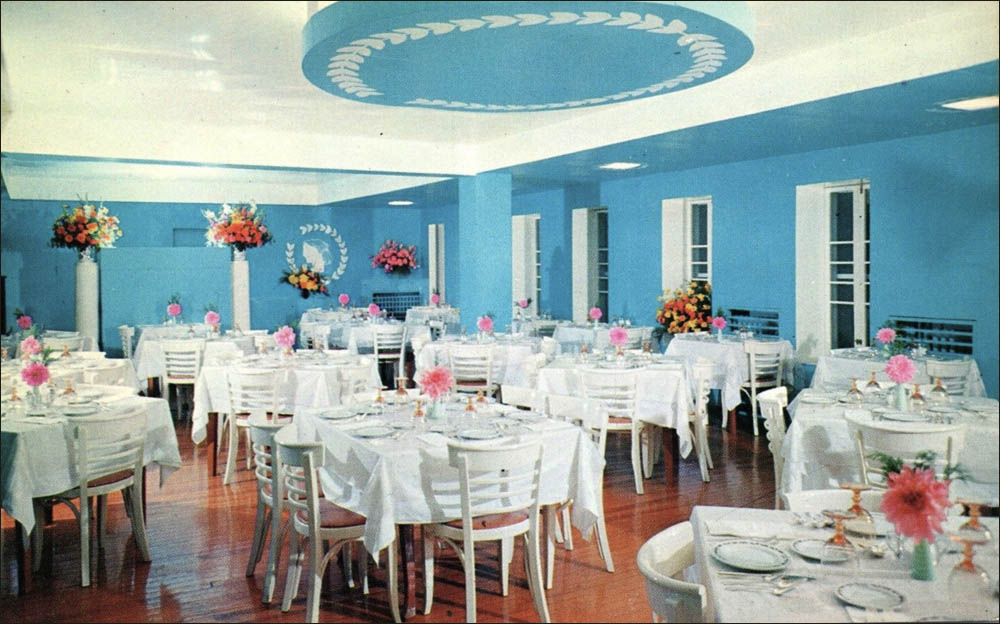 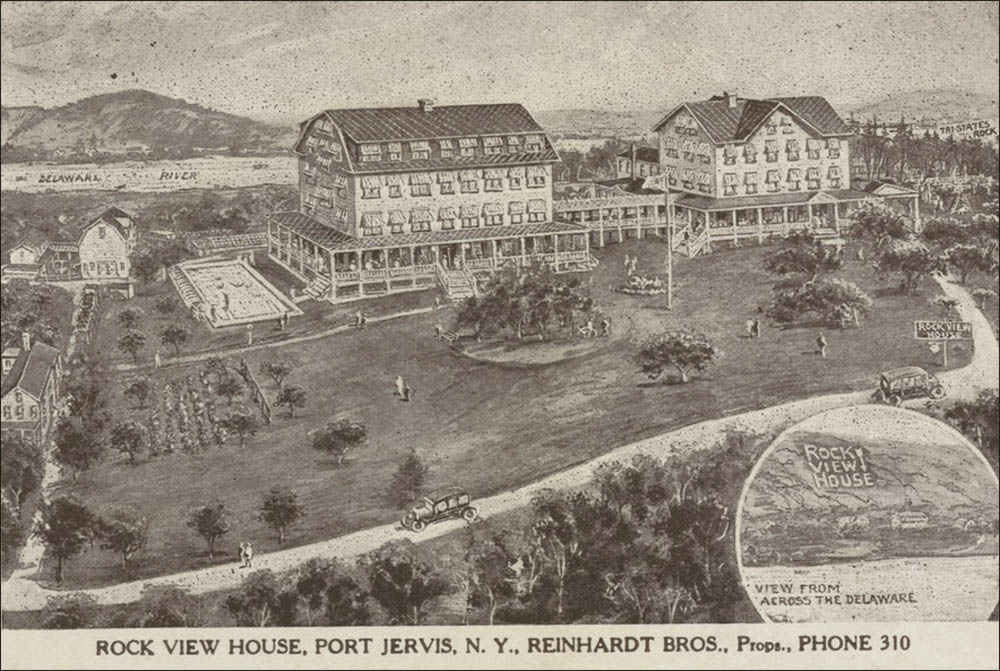 Notes: The three and one half-story Rock View House, at the intersection of routes 206 and 521, in Montague, New Jersey / Port Jervis, New York opened before 1927.  The location, overlooking the Delaware River, was within walking distance of the two states borders. It began as the Reinhardt family farm that took in guests during the summer and later operated as a summer resort on American and European Plans. A larger section was added to the original building and connected with a bridge between the porches. By 1937, it had 100 guest rooms and a dining room large enough to seat 400. In 1938, the Mexican Casino Room was presenting 'Havana Saturday nights' with two orchestras and a floor show. The Casino burned in 1939. In 1948, the Pioneer Bar & Grill at Rock View featured a Hawaiian orchestra. The dining room shown on an undated postcard above is painted brilliant blue with white details, that does not look 'Pioneer' or 'Hawaiian.' Rock View House is not listed in the 1967 Hotel Red Book. At that time there were plans to use the buildings as a camp for New York City school dropouts, but the buildings did not pass a fire inspection, so that project was dropped. On July 23, 1977, an auction of the hotel furnishings included 1,000 pieces of china and glassware.

Scammell made Lamberton China that is crested "Rock View" in tan letters, outlined in green. The flanking decal border of pine needles and cones is one that Scammell used for a number of other customers. The post card view of the dining room shows this china on the tables.