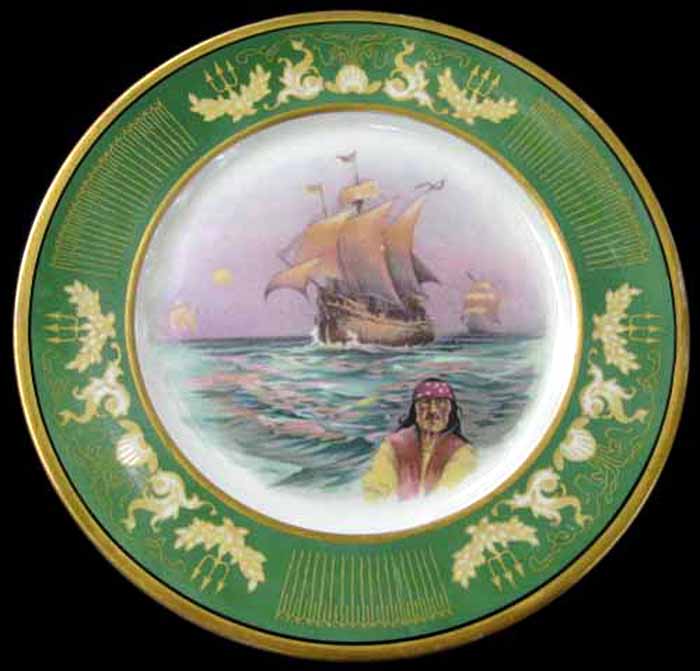 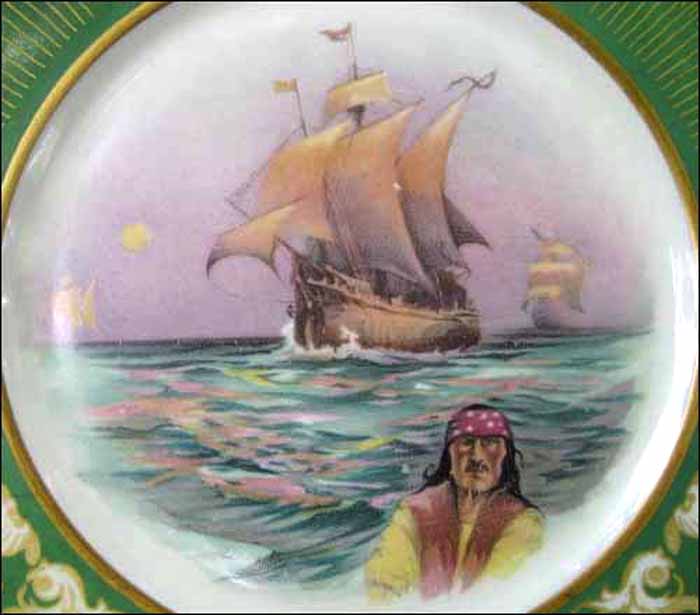 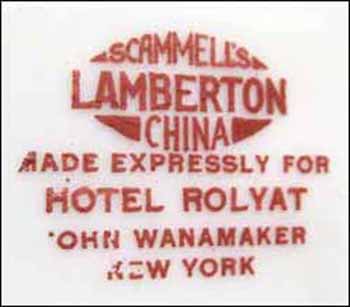 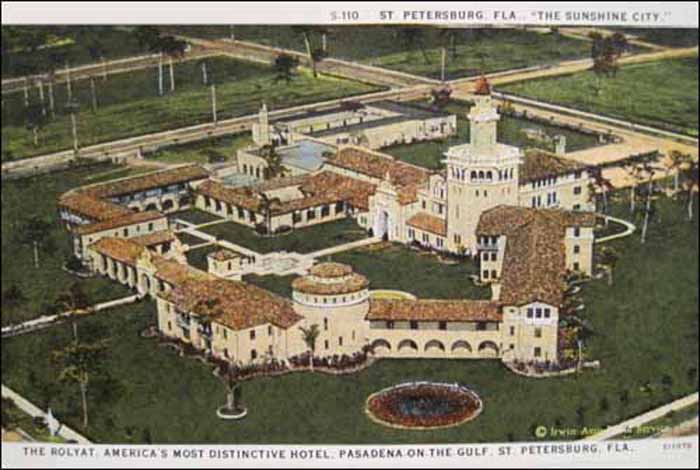 Notes: Quoted source material for this entry comes in large part from the Stetson University College of Law, which in 1951 purchased the Rolyat and moved its law school to Gulfport to the "magnificent 'Florida boom period' hotel."

The 100-room Rolyat Hotel was designed by Paul Reed of the Miami architectural firm of Kiehnel & Elliot and was built by John Stansel "Handsome Jack" Taylor, who was president of the Florida Citrus Exchange and the first state senator from Pinellas County, Fla. It opened in January 1926. Rolyat is Taylor spelled backwards.

The hotel "was a recreation of a Spanish walled settlement of the feudal ages. The courtyard, or Plaza Mayor, featured a well and two large fountains, and was designed to be the meeting place for hotel guests. On opening night, the main fountain was filled with champagne."

"The main entrance to the plaza is a reproduction of the entrance to the Old Alcantara Bridge in Toledo, Spain. Once adjacent to the hotel were stables and a golf course. Guests played a wide range of sports from tennis and croquet to Tarpon fishing. In advertisements, the Rolyat was to be 'as fine as the exhaustive employment of brains and money can make it — a super combination hotel, home and club unique for beauty and charm in all this country."

The Rolyat was open for only a few seasons. The Mendels Brothers of New York purchased it in 1929 and operated it until 1932 when they bought the Florida Military Academy and relocated it to the site.

Today (2010), the Rolyat site is still in use as part of Stetson's law school.

Service plate with coin gold bands and shells, dolphins and trident decorations on the wide green rim. The well of the plate shows a ship under sail with a pink sky and ocean of green, with pink highlights. In the lower right of the well, a pirate is pictured.