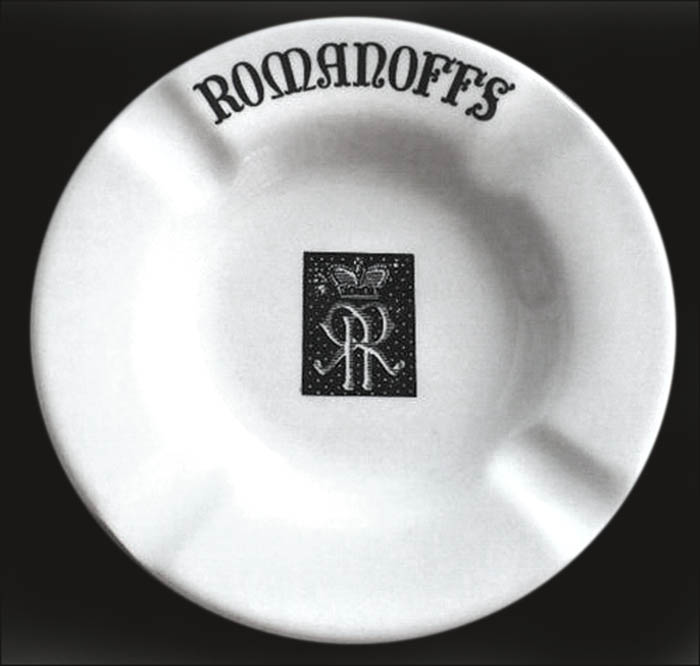 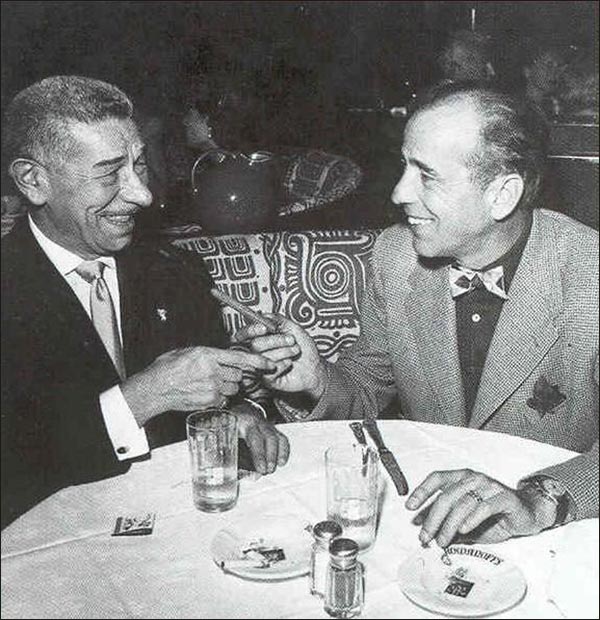 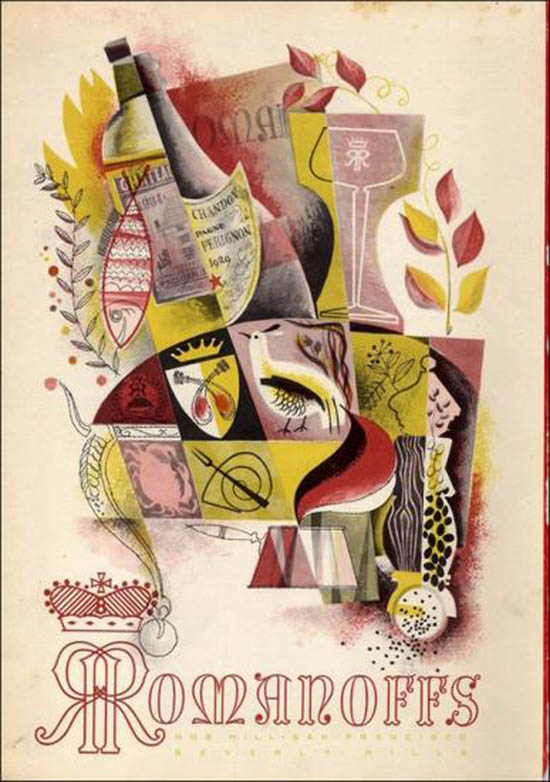 Notes: Michael Romanoff owned and operated two Romanoff's in California: one in Beverly Hills, the other in Nob Hill of San Francisco. Born Hershel Geguzin in Lithuania in 1890, Michael Romanoff was a professional imposter, who claimed to have been Prince Michael Dimitri Alexandrovich Obolensky-Romanoff, the nephew of Russian Tsar Nicholas II. Folks generally knew he wasn't the Tsar's nephew, but Prince Michael was a well-known, successful restaurateur from 1941 to 1962.

The Romanoff's in Beverly Hills was a popular Hollywood hangout with movie stars in the 1940s and 1950s, and was frequented by Romanoff's personal friend Humphrey Bogart as seen in the photo above.