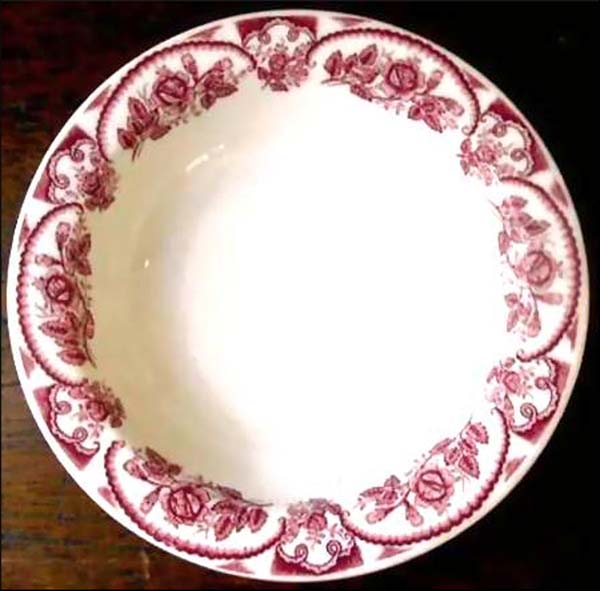 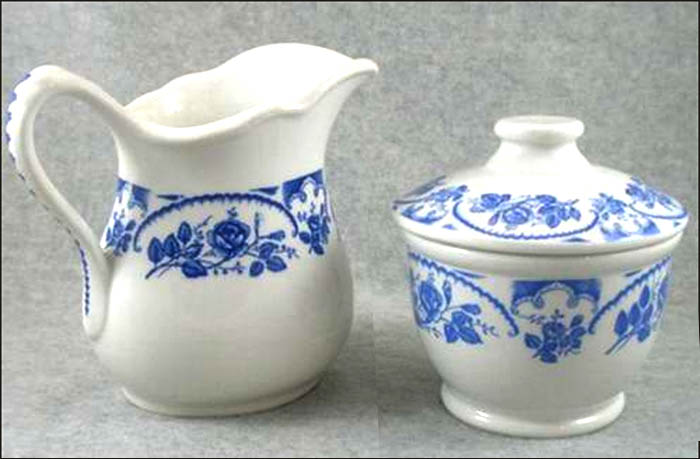 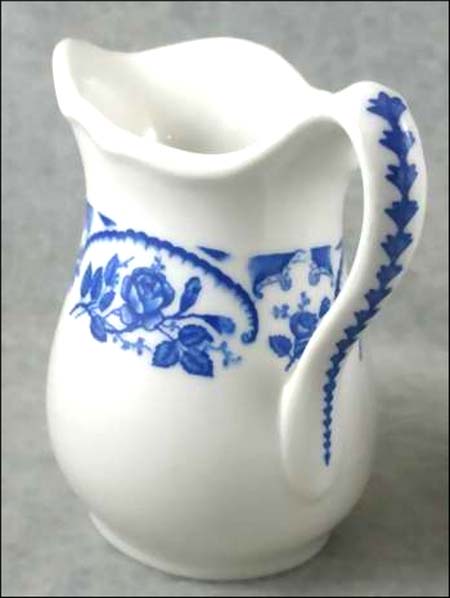 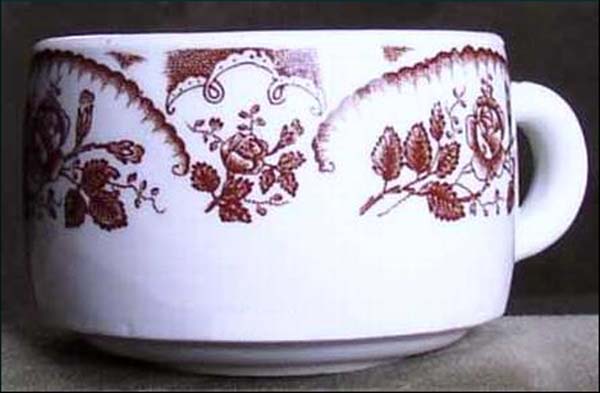 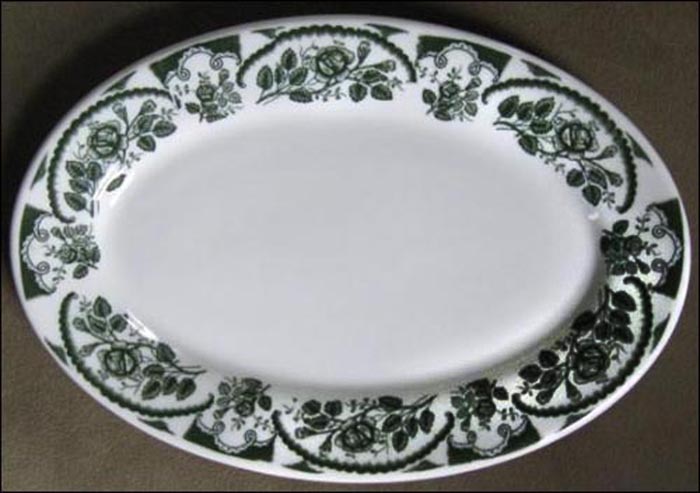 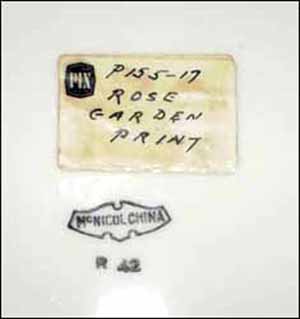 The pattern is also called Montgomery, as named by railroad collectors, when used on the Atlanta & West Point Railroad — but only in the red version. It can be found with a railroad backstamp of a diamond with The West Point Route inside.

White body with roses and leaves.

For a similar pattern:
Chardon Rose pattern by Shenango China