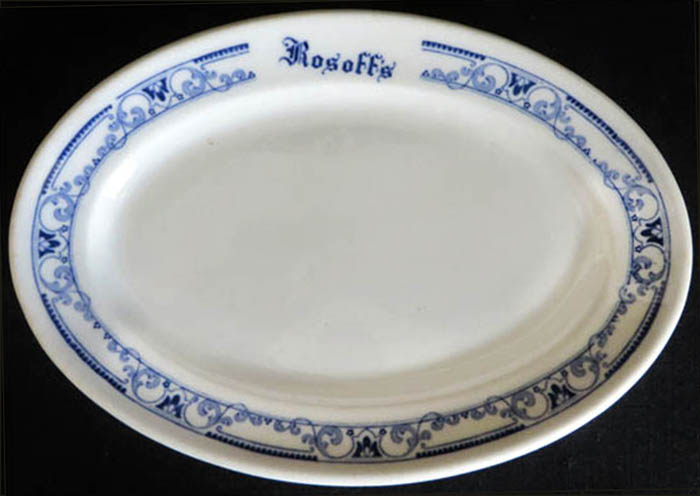 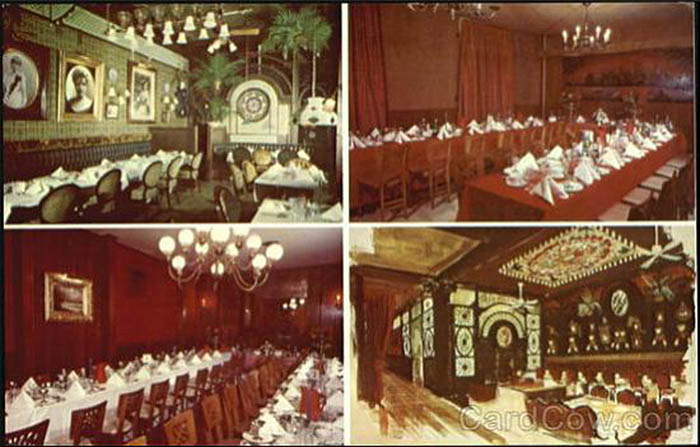 Notes: Located at 147-151 W. 43rd Street in New York City, Rosoff's restaurant was founded by Max Rosoff, who was born in Russia. He came to America in 1892 at the age of 12, and seven years later, opened a deli in Brooklyn. Around 1905, he moved his operation to 6th Avenue in Manhattan. In 1918, Max Rosoff relocated once again to 43rd Street, just off of Times Square. He used the lower three floors of this six-story building for his dining rooms, with a 3,000 square foot dining room on the ground floor. The upper floors were operated as a hotel. Max Rosoff died in 1962, at the age of 82, but his restaurant continued in operation until May 1981.

Trenton white body topmarked "Rosoff's" in blue Old English-style lettering in a downward slant. The flanking transfer scroll border is rendered in light and dark shades of blue. Barth Equipment Company was founded in 1928, so production of this pattern could date from around that time until about 1954.