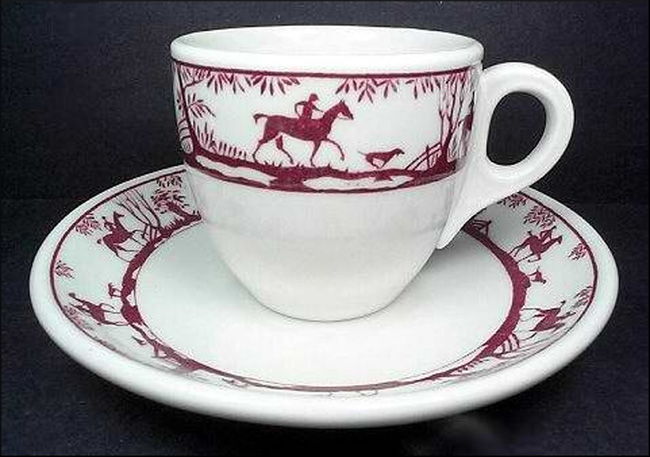 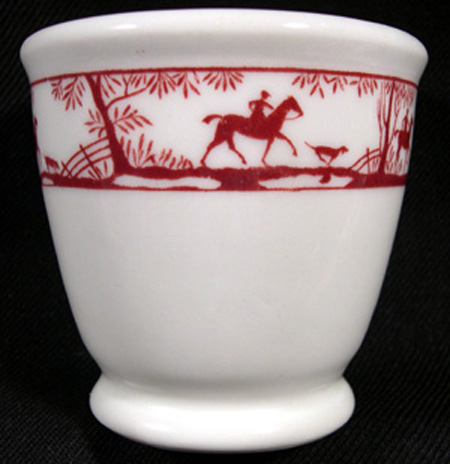 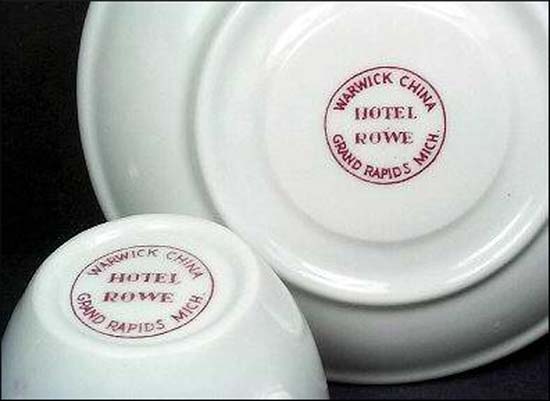 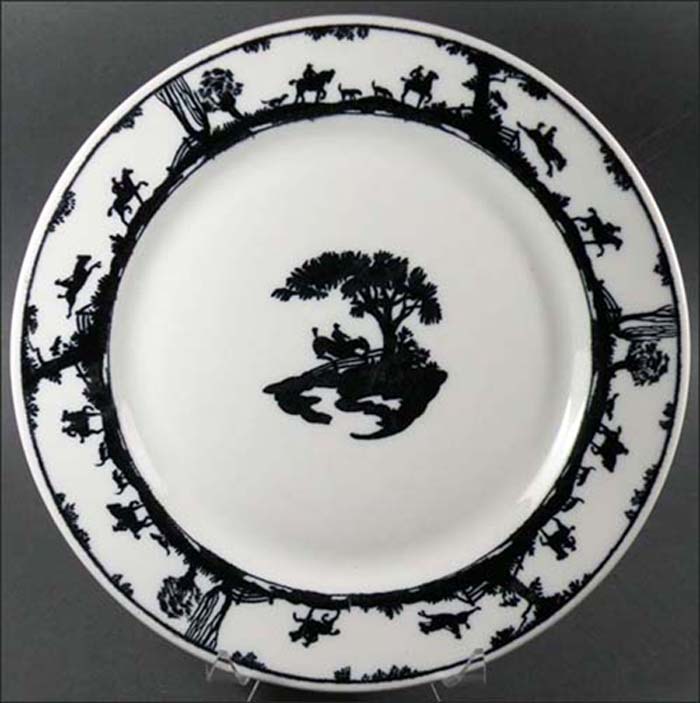 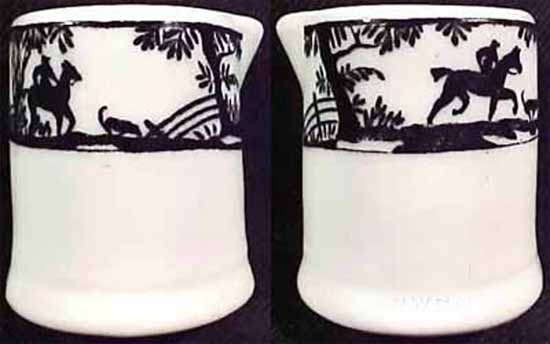 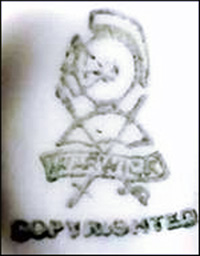 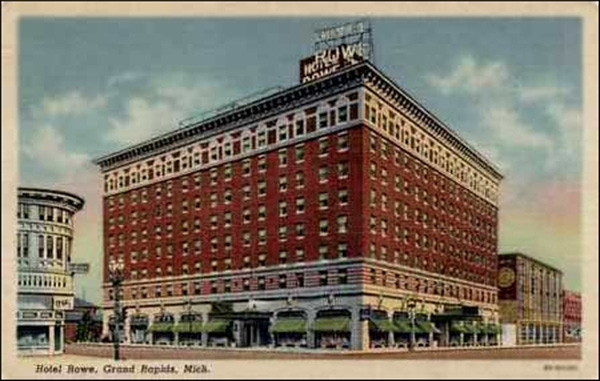 Notes: This eight-story, 320-room hotel opened in Grand Rapids, Mich. in 1923 and was home to the famous English-style Hunt Room and the Tally-Ho Bar. In 1922, the Furniture City Realty Company incorporated in Michigan to build this hotel initially valued at $1,225,000. According to The Fitch Bond Book, the Hotel Rowe was first leased to the Holden Hotel Company "at an annual rental of not less than $130,000."

In 1962, the hotel became the Randall Hotel, and then closed for a period in 1963, before finally being renamed Olds Manor.

The last residents moved out of Olds Manor in early 2001 and the building remains unoccupied as of 2008. Click here to see 2008 photos of the building facade.

White body with an English countryside fox hunt scene border design of men riding horseback and trailing hound dogs in burgundy and in black. This border print pattern 6135 comes in a variety of colors and was also used by the University of the South with the addition of a logo.