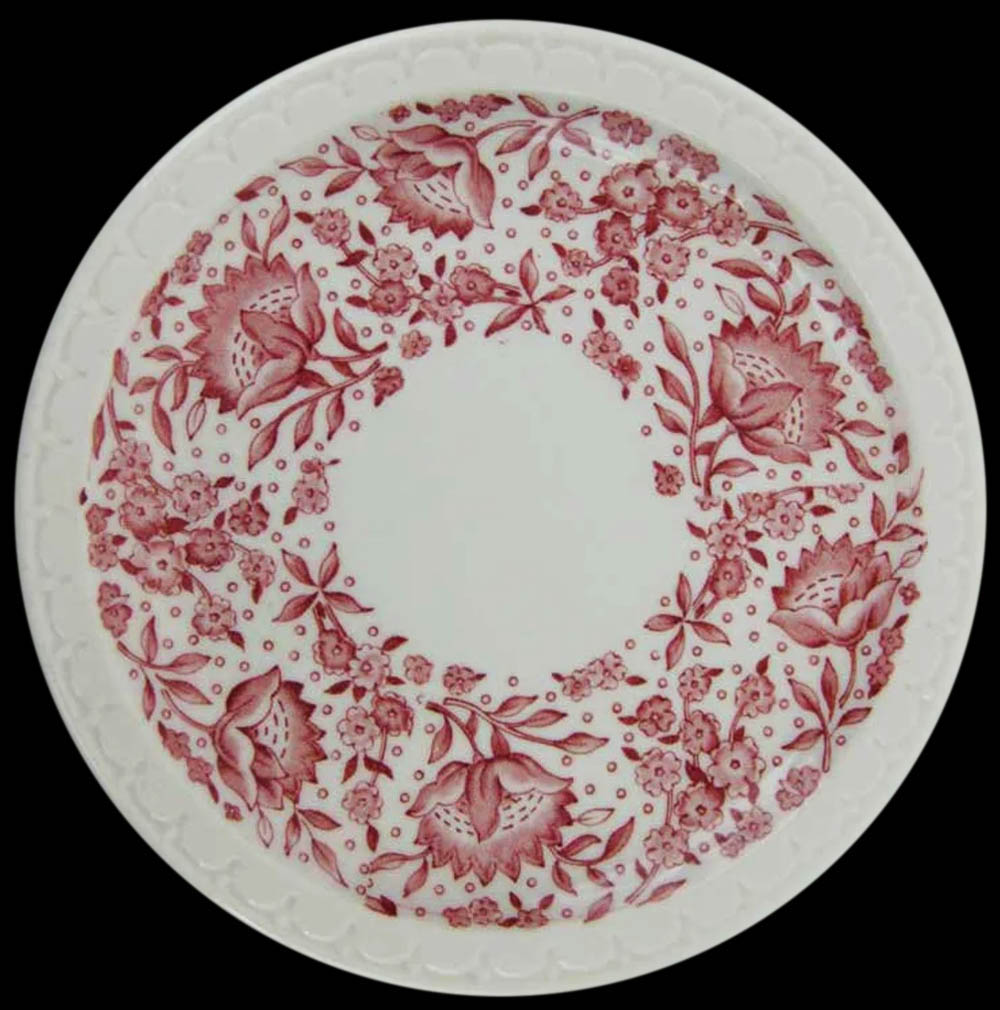 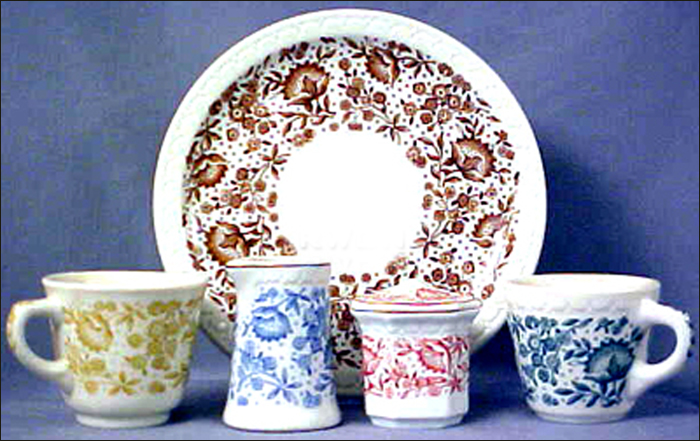 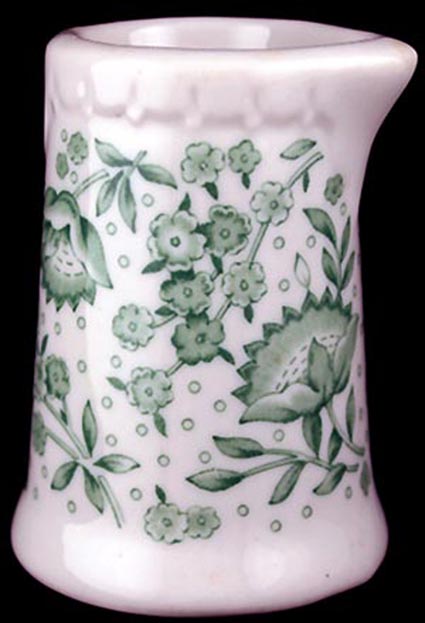 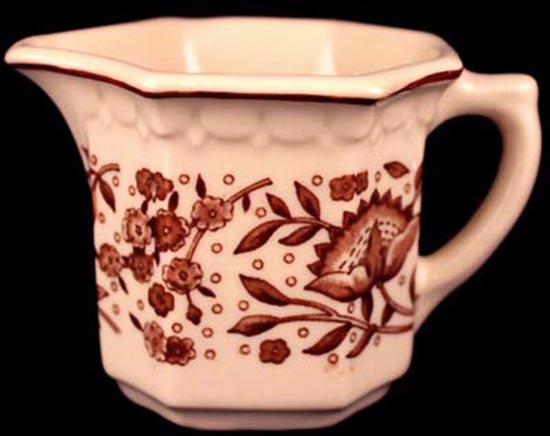 Notes: Roxbury, according to Richard Luckin, is an extremely common stock pattern created by John Wigley, head of Syracuse's engraving and print shop. "The Kansas City Southern used this pattern during the waning days of their passenger service," Luckin wrote in "Dining on Rails." It was, however, never marked for the railroad.

Roxbury has been seen in numerous colors on both white and tan bodies, including the red-on-white version that was used by KCS. It should be noted, however, that very few of the red Roxbury pieces available for sale would have been used on the dining car service.