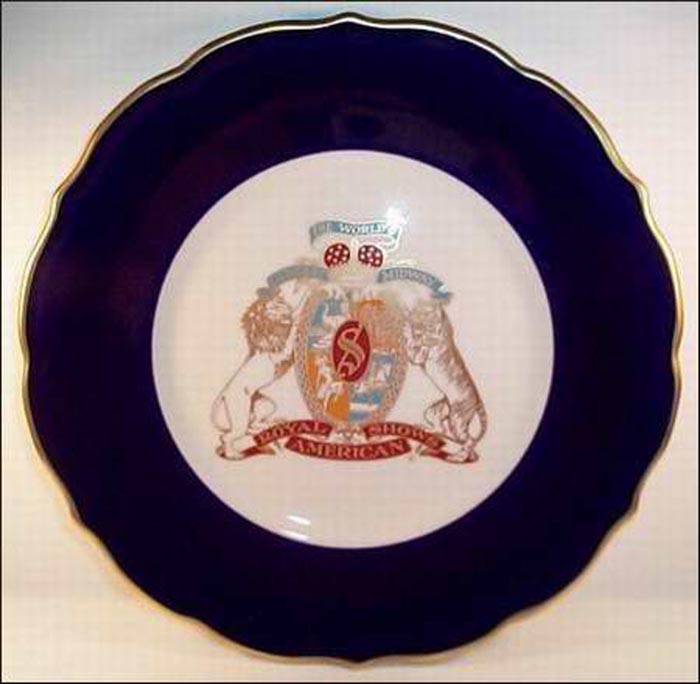 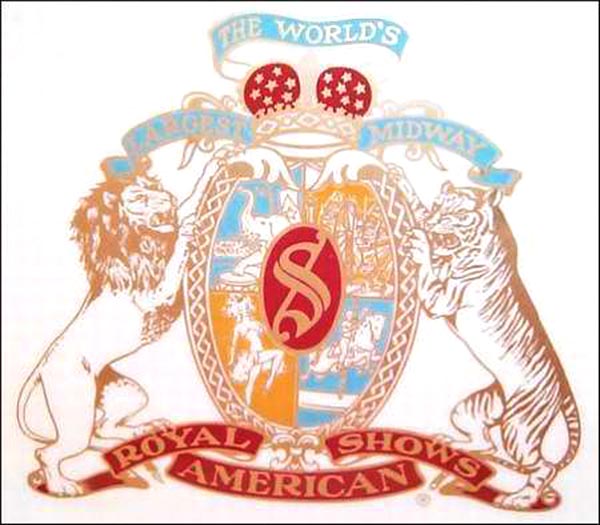 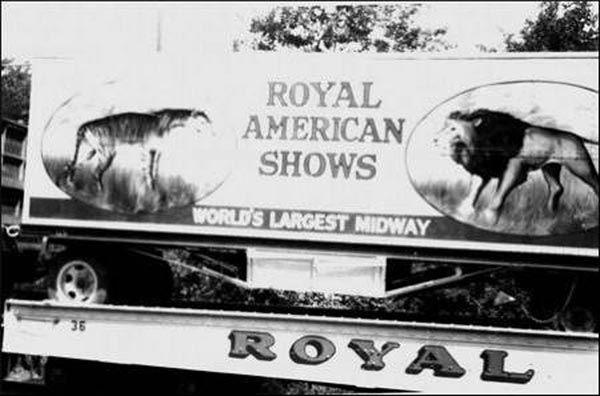 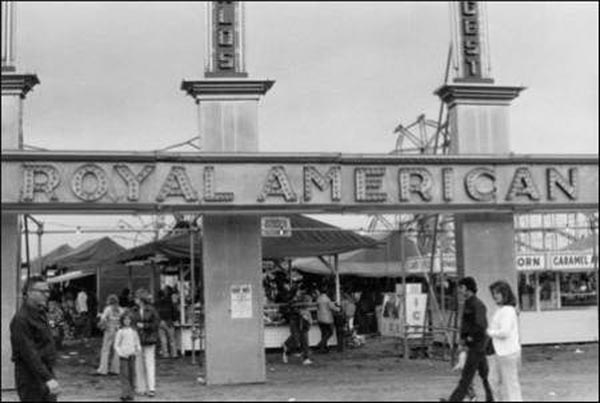 Notes: The Royal American Shows (RAS) advertised as the "Most Beautiful Show on Earth" with the "World's Largest Midway,- hence the logo on the front of the plate. The RAS was a carnival, but many referred to it as a circus. In 1921, Carl J. Sedlmayr acquired the carnival from the Siegrist-Silbon Shows in repayment for a loan that he had given to them. As the sole owner of this carnival, Carl Sedlmayr named it the Royal American in 1923 – using "Royal" for Canada and "American" for the United States.

The RAS was a very popular carnival and it was transported by railway everywhere it went, to State fairs and local events in Western Canada, Oklahoma, Kansas, Minnesota, Arkansas, Mississippi, Louisiana and other states. The carnival train was famous and its appearance was grand. The train was over 80 cars in length. When the season ended, the winter quarters for the train were in Tampa, Florida. Sedlmayr passed away in 1965 and members of his family carried the carnival on until the last show in October 1997 – which traveled by train to/from Lubbock, Texas.

During the era that this plate was made, the carnival was moved primarily from location to location by railway. Family members of the RAS and other collectors confirmed that this plate was not used aboard the train, but rather, was a special give away by RAS owners and executives to the VIP's of fairs and shows.

White body with a dark cobalt blue and gold trim outer border. The center of the plate reads "The World's Largest Midway"-"Royal Shows American." The center logo has a lion and tiger flanking a detailed portrait of an elephant, Ferris Wheel, a child on a merry-go-round and a "show" girl with an "S" monogram in the portrait center.