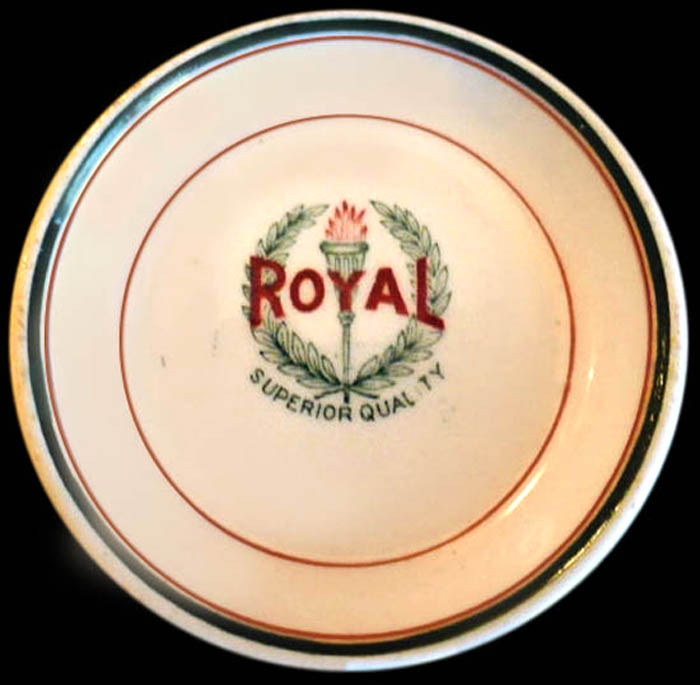 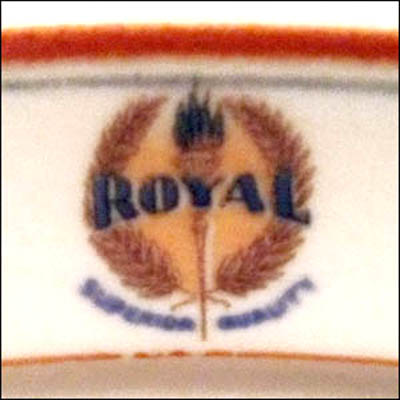 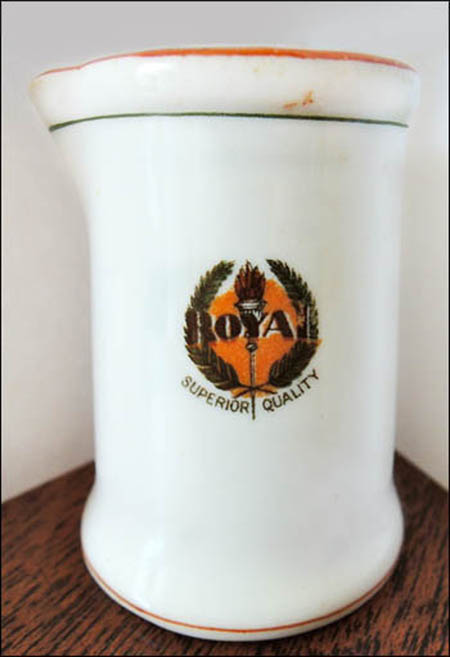 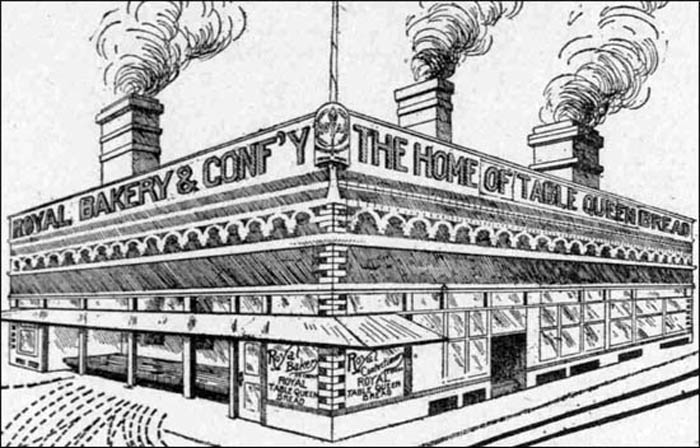 Notes: Royal Bakery & Confectionery was a large commercial bakery that supplied its Table Queen and Keen-Maid bread brands to grocery stores by horse-drawn delivery vans in Portland, Oregon. Grocers sold the bread in 10¢- and 15¢-loaf sizes.

From a yearbook ad for the University of Oregon there was this explanation of the company's name: "We also specialize in French Pastry, Mocha Tarts, Small Cakes, Coffee Cakes, etc. 'ROYAL' in name, 'ROYAL' in quality."

The company operated a number of retail bakery and candy stores with restaurants in downtown Portland. For example, there was a Japanese Tea Garden in the rear of the store at Park and Washington Streets, and there was the Egyptian Tea Room at 268 Morrison Street. There was another retail store for a time at 11th and Everett NW.

It is not known when the company opened or closed. The Nov. 21, 1911 issue of The Morning Oregonian carried a full-page ad with the following announcement (within the announcement) that invited the "public of Portland" to visit "their new and greater bakery, lunch and store in the Royal Building" at 344-346 Morrison Street:

"This new branch of our bakery is so thoroughly correct in every detail, 'from the smallest sink in the stock rooms
to the golden signs on the portals,' that it will be in the nature of a revelation to the people of Portland, and
especially appreciated by the ladies.

"There will be attendants on every hand, who will personally conduct each visitor through kitchens, dining-rooms,
store departments, Mezzanine floor, rest rooms, et cetera, purely for educational purposes. A thorough inspection
of our complete sanitary arrangements, adequate equipment, and the beauty and convenience of our new Bakery
Lunch is desired by us.

"Yours for Perfect Sanitation,
ROYAL BAKERY & CONFECTIONERY, Inc.
Manufacturers of Bread and Cakes of Superior Quality."

Eleven years later, a notice in Volume 131 of The Northwestern Miller, dated July 5, 1922, said: "The Royal bakery and confectionery, Portland, hereafter will sell only at wholesale. The place it so long occupied in the Royal Building, with its restaurant and retail bakery, has been leased to Swetland's, Inc., for a confectionery store. William B. Heusner is proprietor of the Royal bakery, and J. E. Hawkins manager of Swetland's, Inc."

This ID is based on photos on the PdxHistory.com website and in an ad in the April 17, 1911 issue of The Morning Oregonian
that advertised Table Queen Bread and its wide delivery area. The torch at the center of the logo is shown at the corner of the building (see below).

The butter pat is crested with a green wreath encircling the torch with red flames. ROYAL is in red uppercase letters across the center of the wreath and torch. Superior Quality is curved below the wreath, in green. There are green and red rim lines, and a red pin line on the verge.

This pattern has also been found in a different color variation, made by an unknown manufacturer. See the creamer above.

And china in this same pattern and colors has been found made by Maddock Pottery with a Lamberton China backstamp and supplied by Prael Hagel & Co., Inc., of Portland, within this same circa 1910s timeline.

And the topmark has also been found in navy blue (see above, by Lamberton.