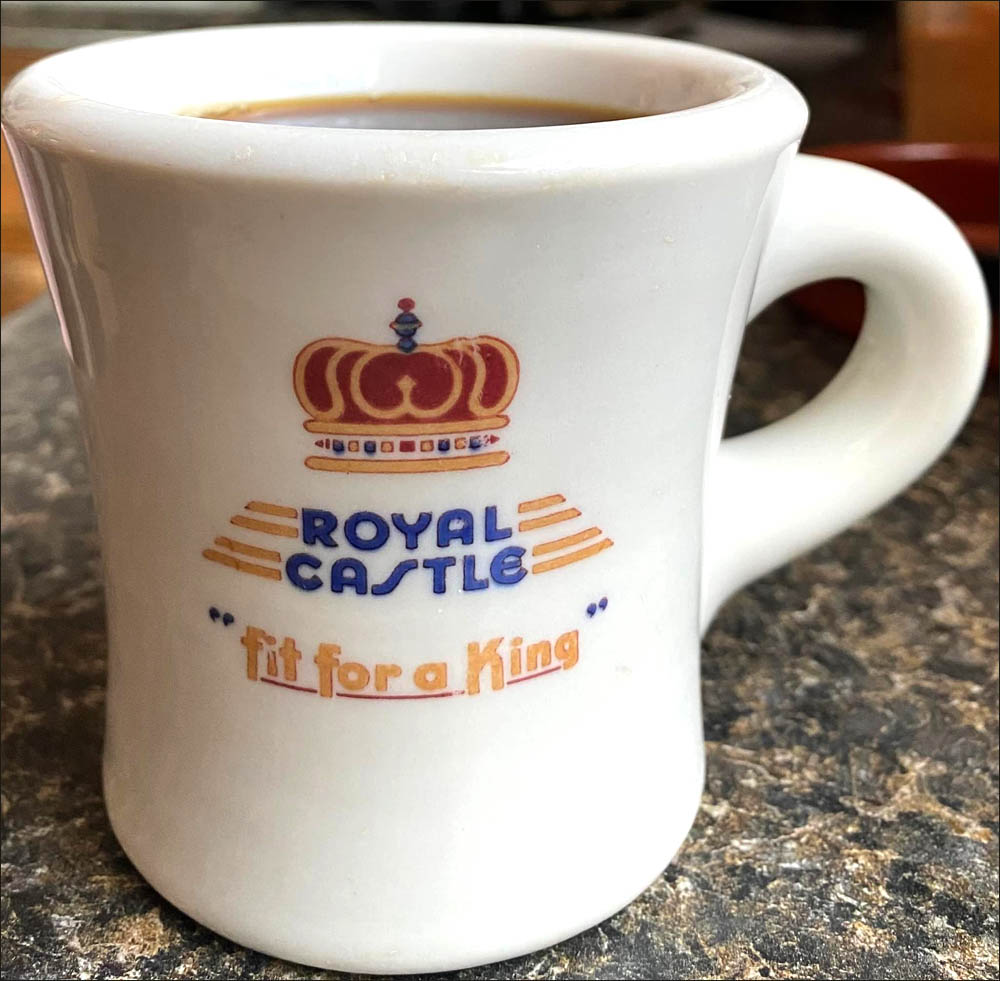 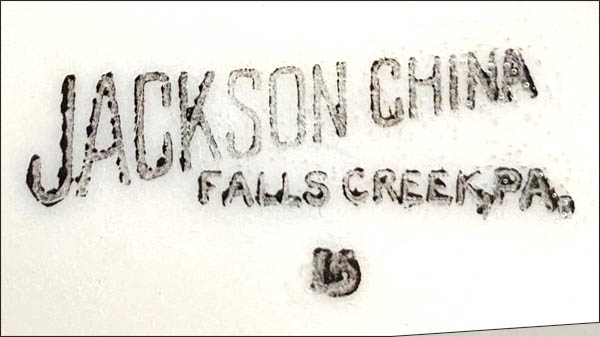 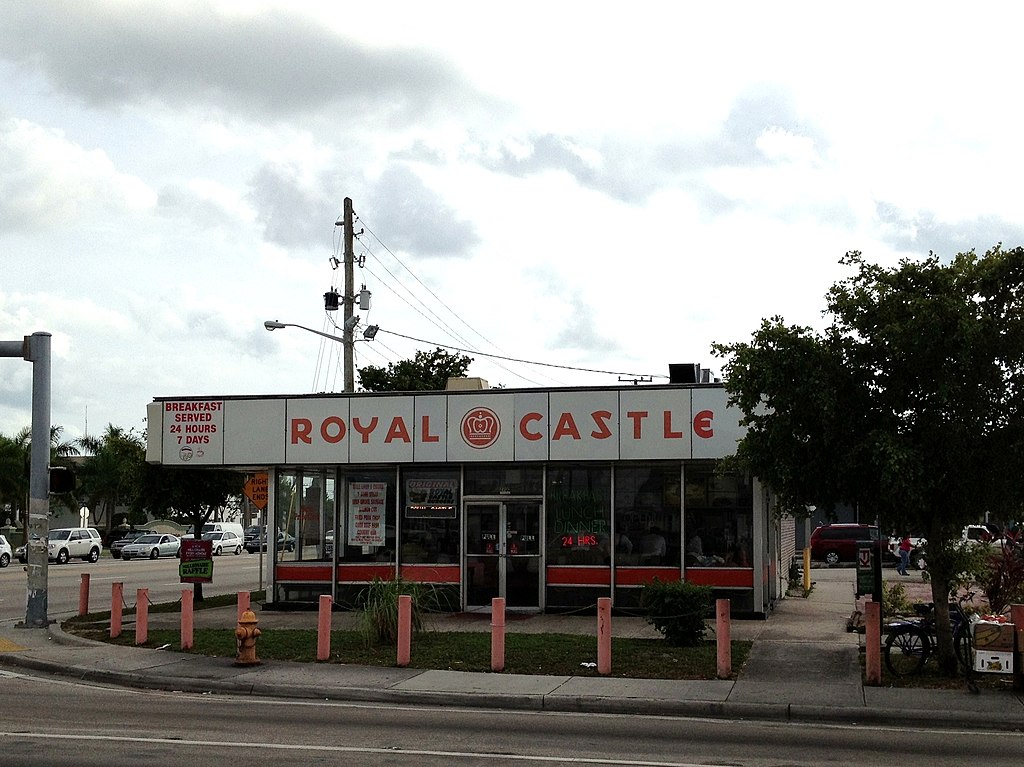 Notes: From Wikipedia, "Royal Castle was a Miami, Florida-based hamburger restaurant chain known for its miniature hamburgers that were similar to White Castle's hamburgers, and its Birch Beer beverage, a version of root beer. It was founded in 1938 by William Singer, with an initial restaurant located at N.E. Second Avenue and 79th Street in Miami. Royal Castle eventually grew to 175 locations throughout Florida, Georgia, Ohio, and Louisiana, with the bulk of them in Miami. One Royal Castle still exists in Miami, at 2700 NW 79th Street.

"During its heyday, Royal Castle sold its hamburgers for 15 cents, and fries and Birch Beer for 7 cents each. Singer, who was from Columbus, Ohio, was inspired by the success of White Castle, which had moved its headquarters to Columbus from Wichita, Kansas, in 1934.

"In 1969, Royal Castle was acquired by Nashville, Tennessee-based Performance Systems for about $9.1 million. Performance Systems had been active creating and marketing chicken franchise restaurants, most notably Minnie Pearl's Chicken. However, the company became overextended due to lack of executive restaurant experience, collapsed amid allegations of accounting irregularities and stock price manipulation, and was forced to sell off its assets, including Royal Castle."

White body mug with the company's logo on the side, consisting of three stacked elements as follows: on top, a mostly red and gold crown; in the middle the words "Royal" over "Castle" in blue with two gold lines on both sides of the words; and on the bottom, the motto in quotes, "fit for a King" in gold, underlined in red.