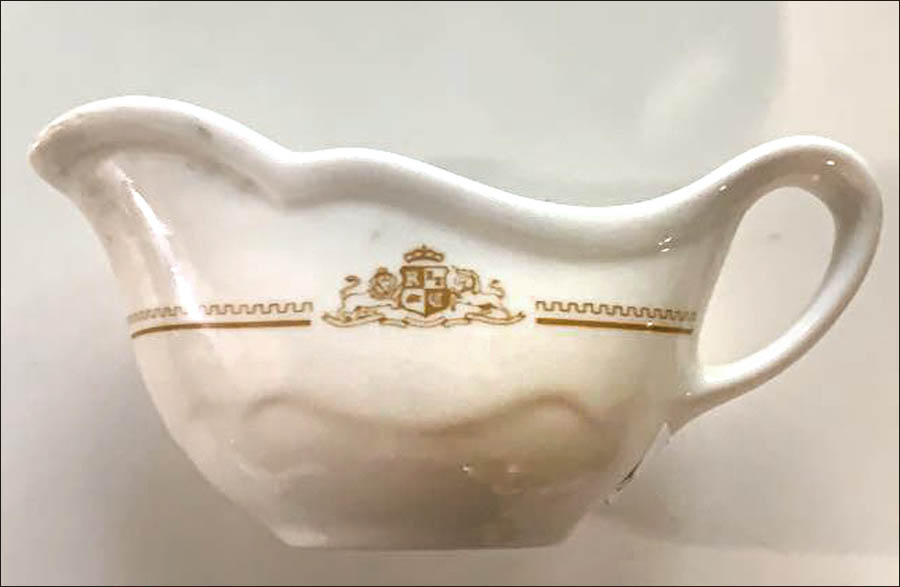 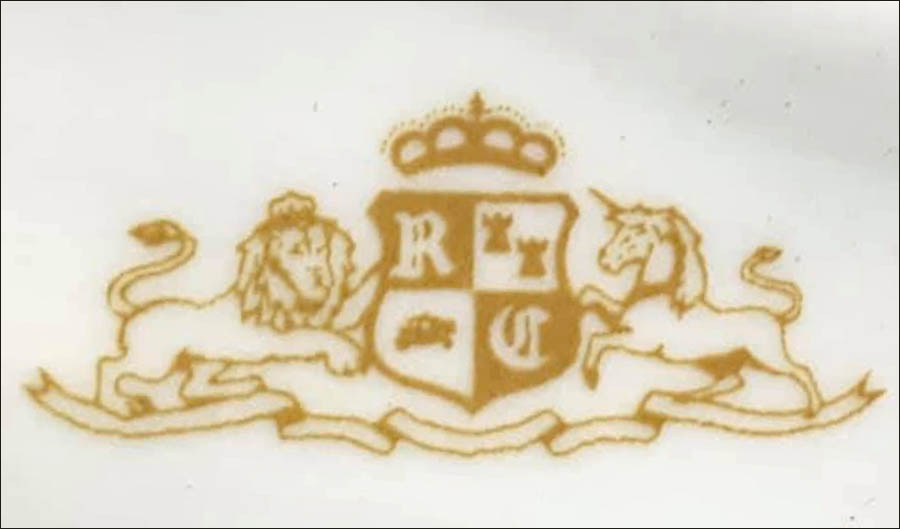 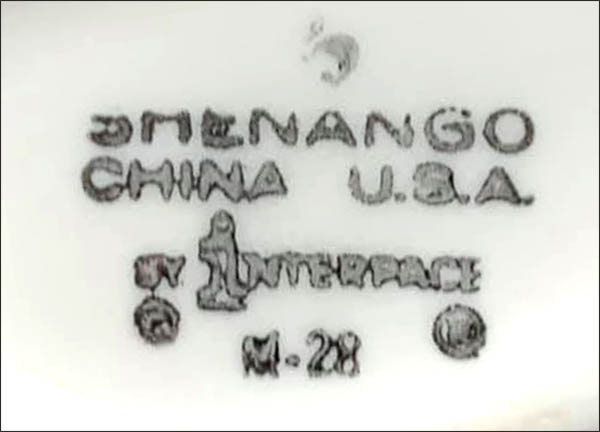 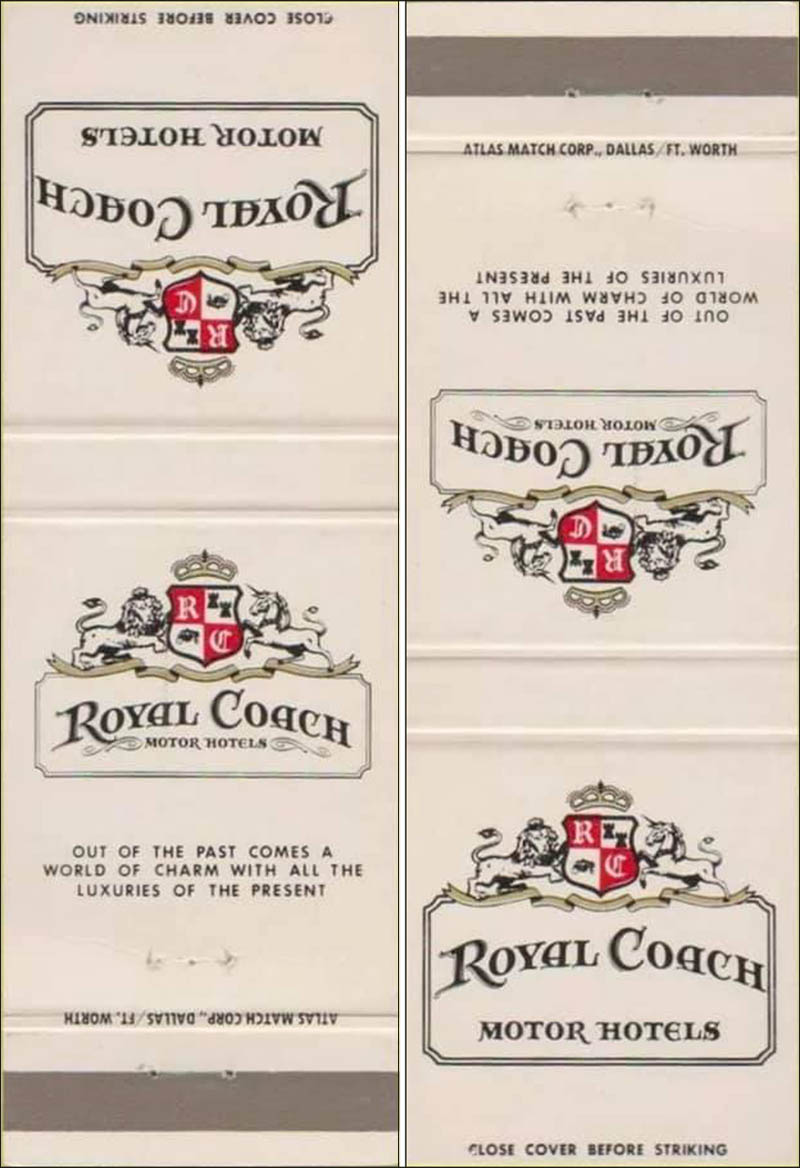 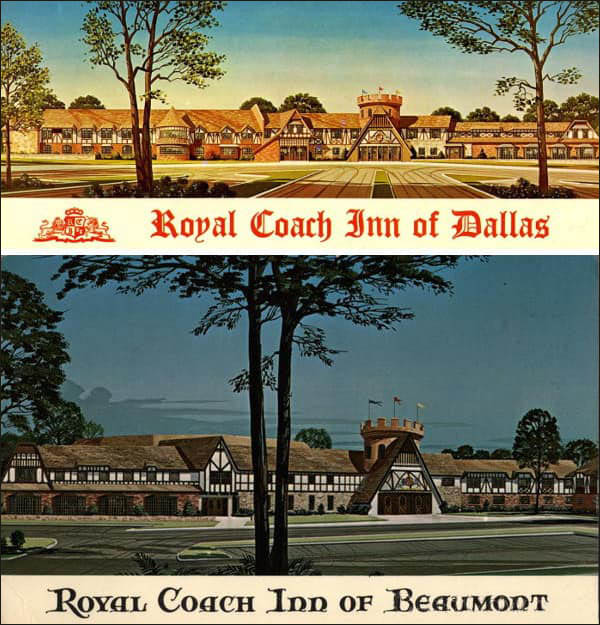 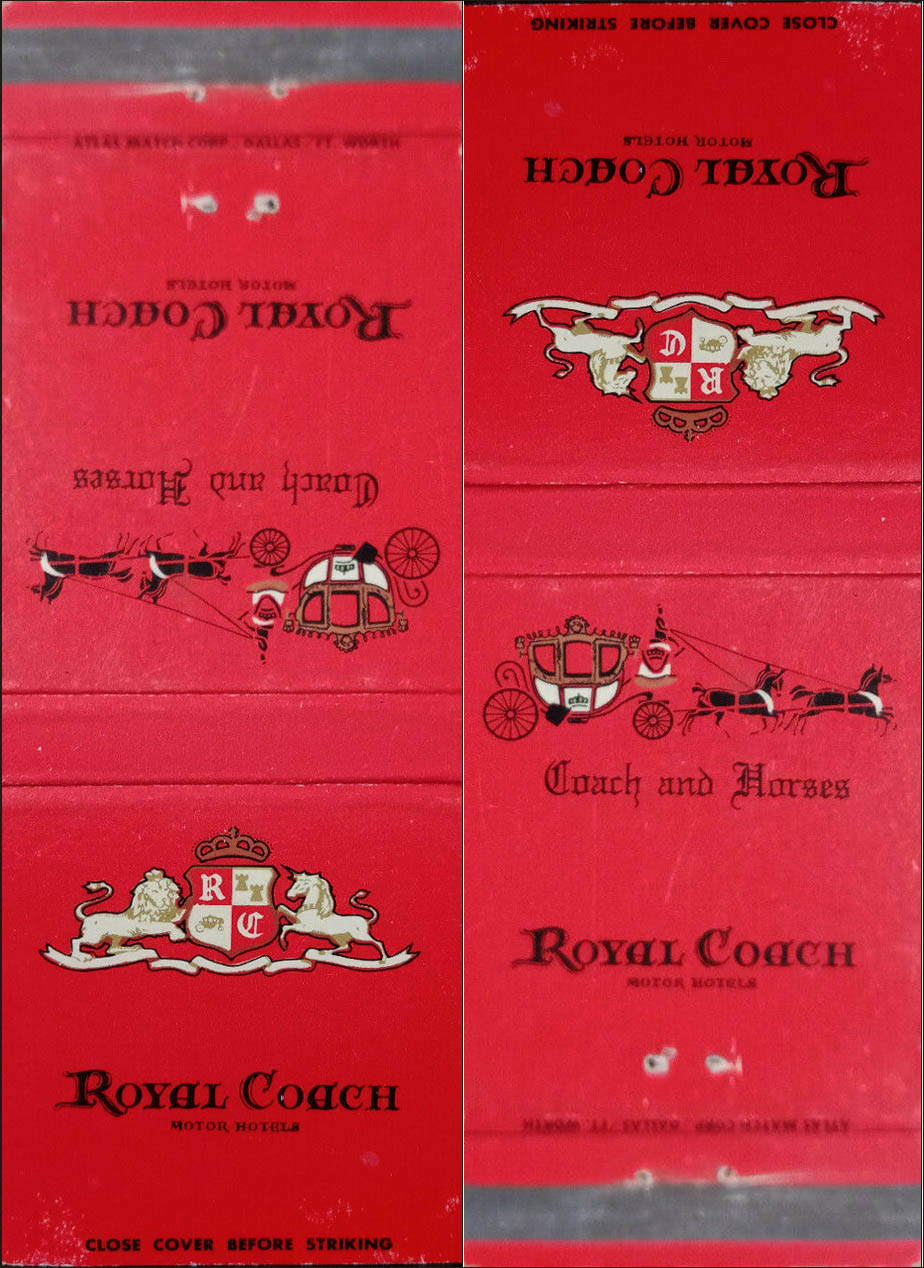 Notes: Royal Coach Inn or Motor Hotels was a chain of hotels in Texas, owned and operated by Dunfey Hotels from the 1960s until the 1980s. Dunfey Hotels was founded in 1958, in Dallas, Texas, and later became Omni Hotels & Resorts.

There were at least three known locations in Texas – Beaumont, Dallas, and Houston. The Dallas location had a couple of clubs in the 1970's called Coach and Horses and Top of the Castle. There were many celebrity visitors including Elvis Presley, Mickey Mantle, Charlie Rich, and Jimmy Dean.

White body sauceboat with two non-metallic gold lines around the middle. The top line evokes castle battlements and the lower wider line is a plain solid band. These lines are broken on the side of the creamer by the hotel logo, which is a royal crest in the same non-metallic gold with a shield in the middle containing four blocks covered by a crown with a lion on the left and a unicorn on the right. The upper left block contains an Old English "R" in white, and the lower right block contains an Old English "C" in white. There is a ribbon under the base of all these elements.