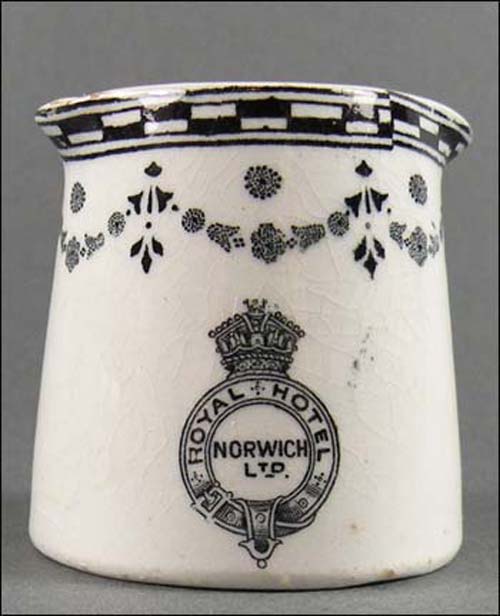 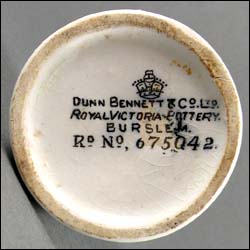 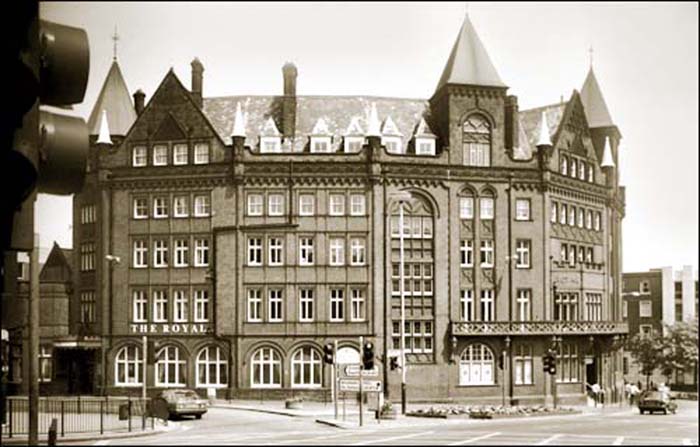 Notes: According to heritagecity.org, The Royal Hotel in Norwich, England, originally located on Gentleman's Walk, opened at its present site on Nov. 16, 1897. The new hotel was designed by architect Edward Boardman in the Flemish or Scottish baronial style.

After serving Members of Parliament, prime ministers and visiting dignitaries, by the 1970s the hotel was no longer in favor and the owners planned to raze it. The Norwich City Council turned down the application to demolish it however. "Today (2012), occupied purely as office space, this once grand and fashionable hotel has been humbled by changing times; nevertheless Norwich citizens may be grateful that this handsome Victorian building has been saved to grace the eastern approach to the City centre."

The creamer has a black and white elongated checkerboard style border with floral ornaments and festoons, also in black on white. The crest is a circular belt with buckle containing the words Royal Hotel and inside, Norwich Ltd. A crown tops the belt.