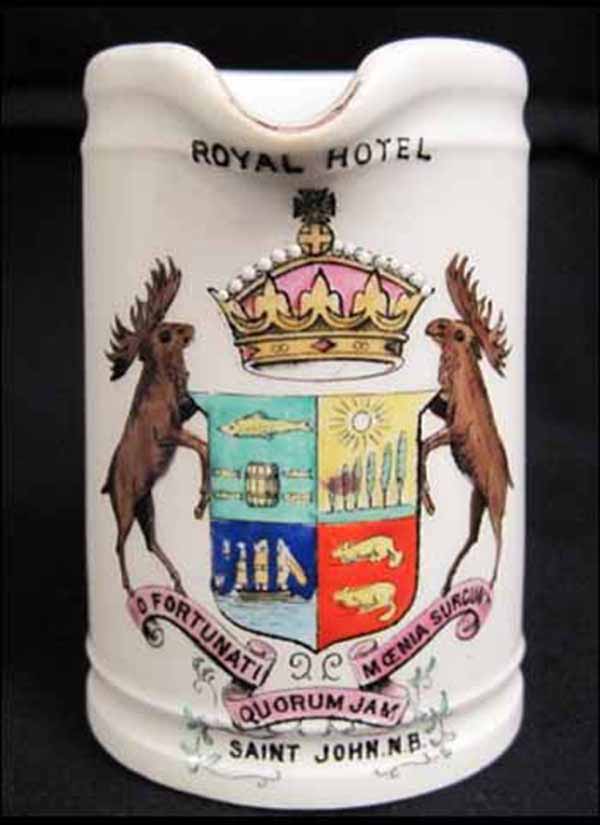 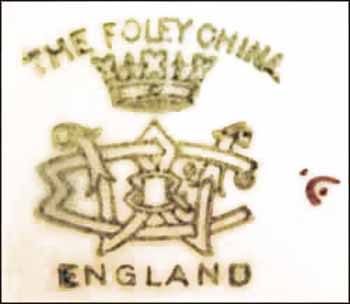 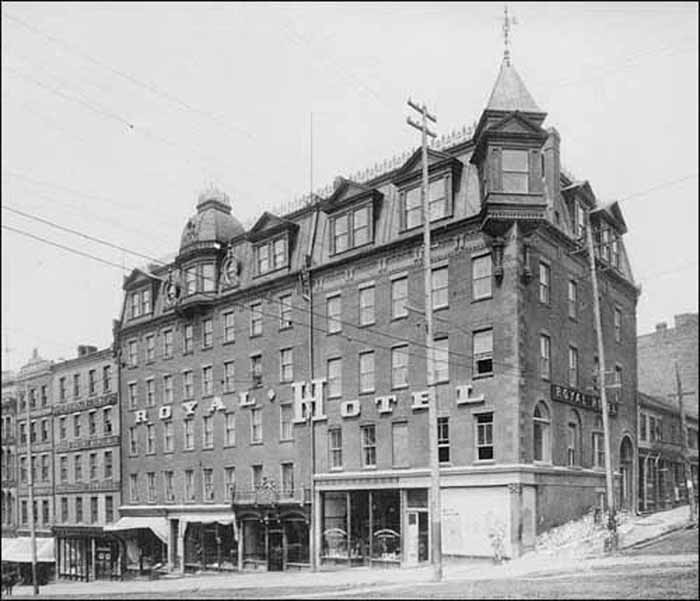 Notes: "The original Royal Hotel was founded in 1872 on Prince William Street in St. John, New Brunswick. It was destroyed in the great fire of 1877, and rebuilt at 43 King Street in 1881. This hotel had 125 rooms, 40 of which had private baths. It was six stories high with electric lights, electric elevators, wine and billiard room, barber shop, bookstall, and a parlor. The proprietors were W.E. Raymond and H.A. Doherty. Mr. Raymond was also president of the New Brunswick Tourist Association. The last owner of this hotel was Mitchell Franklin, who sold it to developers in 1973. Demolition of the Royal Hotel began in 1974 for the construction of the Brunswick Square complex."

White body creamer. Elaborate logo with four-part crest of green, yellow, blue and red with crown above and moose on either side. Below is a three-section banner with O Fortunati Quorum Jam Moenia Surgunt (O Fortunate Ones Whose Walls Are Now Rising/O Happy They, Whose Promised Walls Already Rise) the motto for Saint John, New Brunswick.