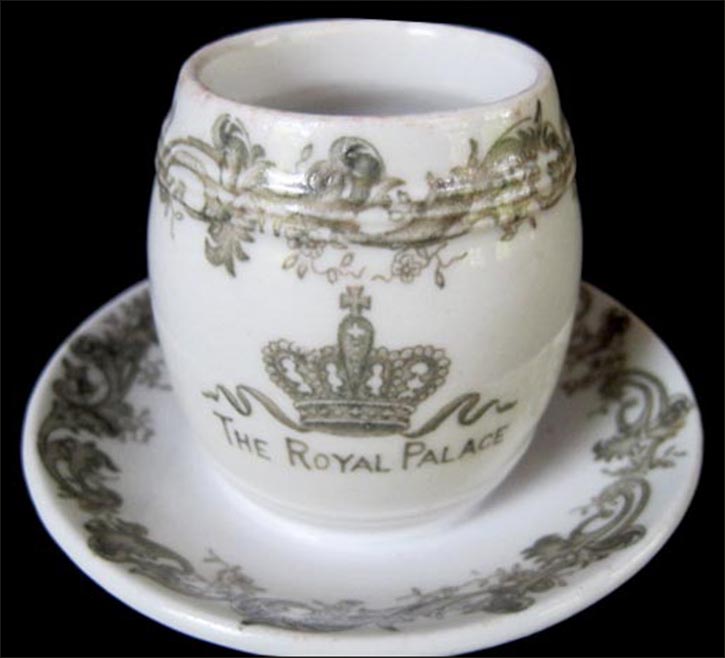 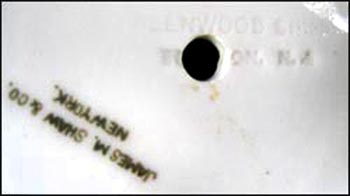 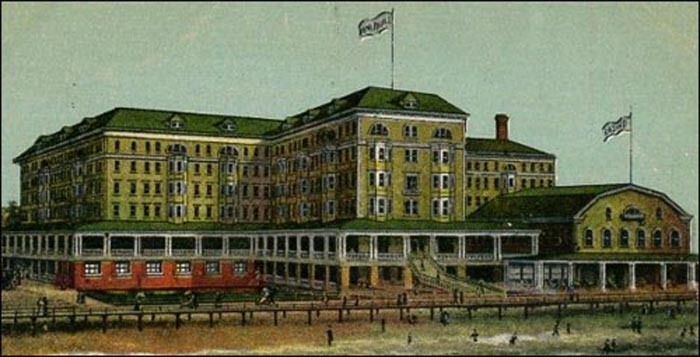 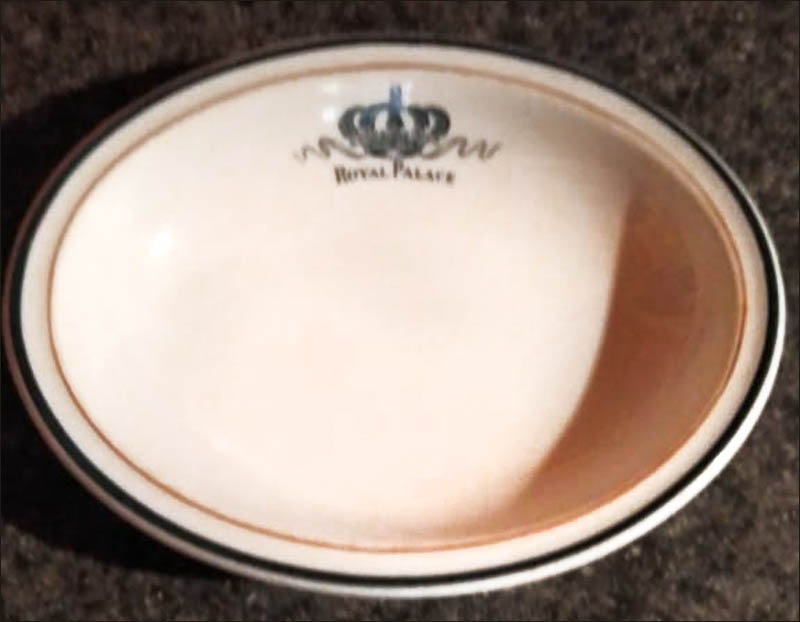 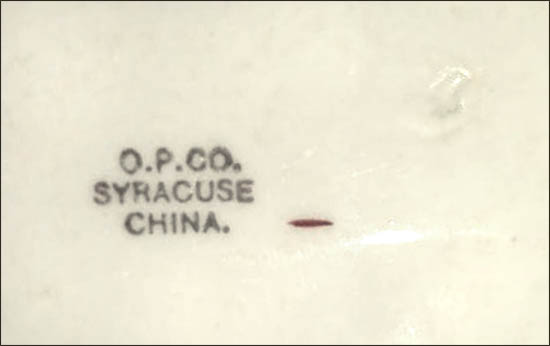 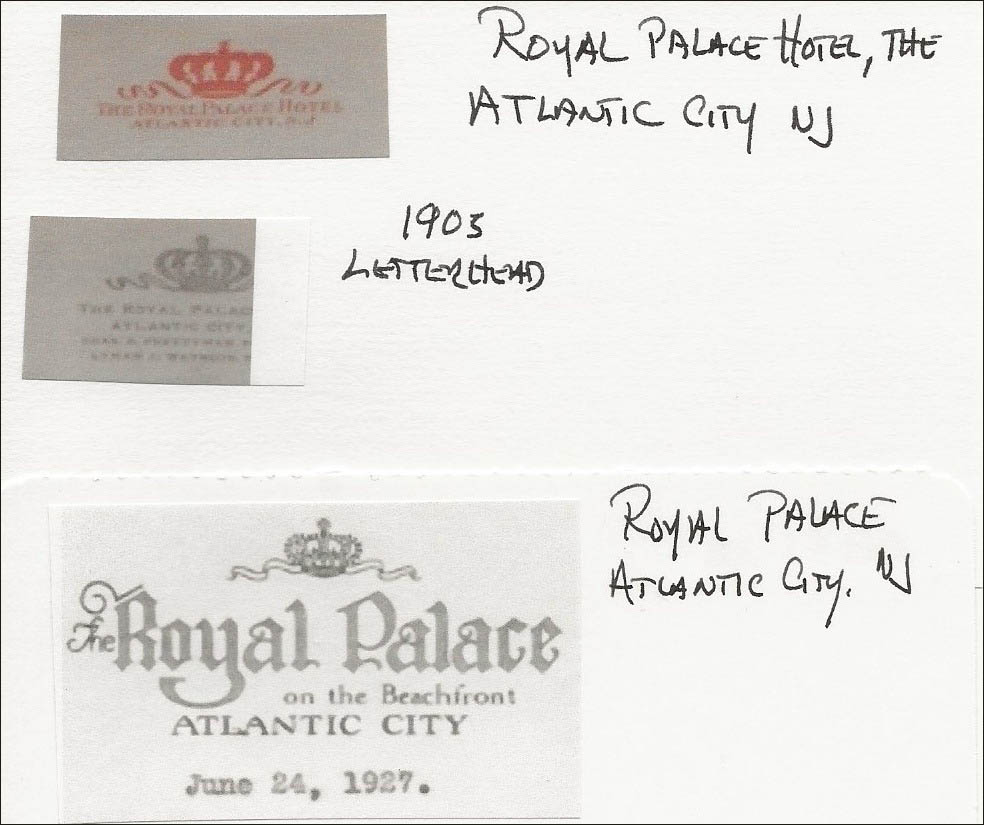 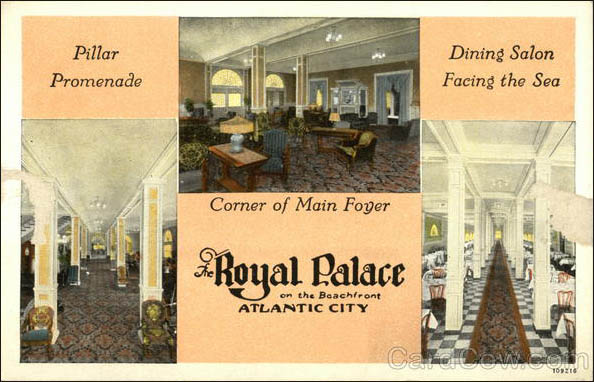 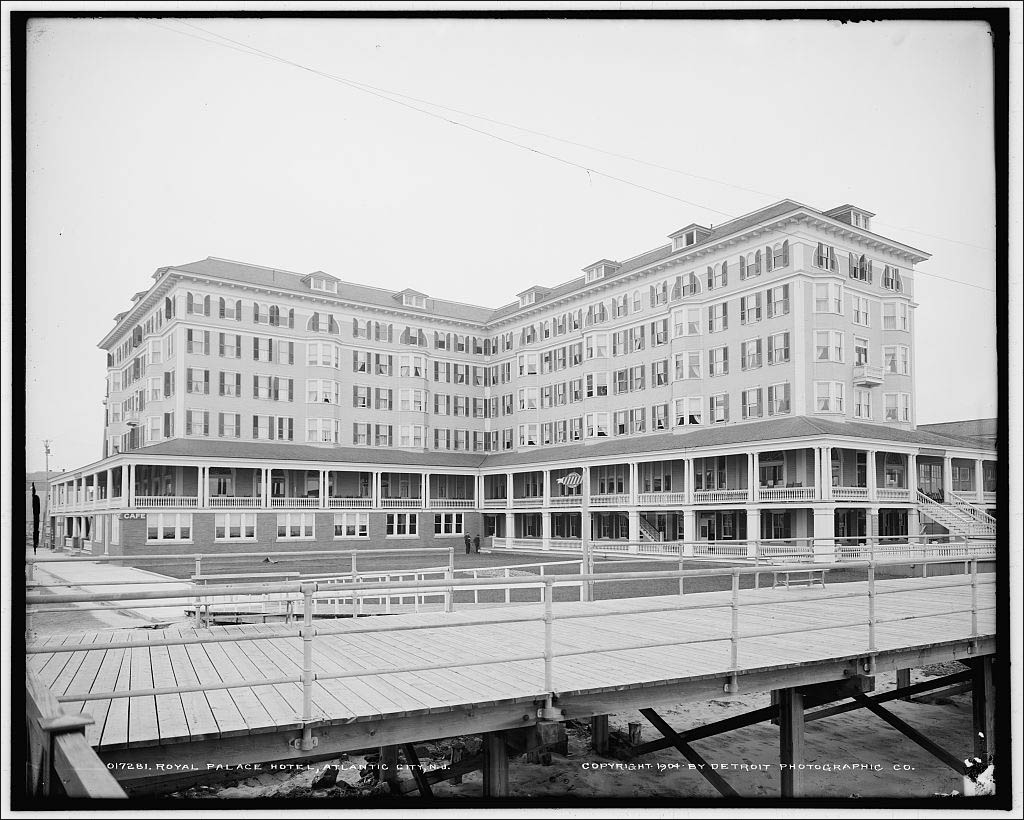 Notes: The Royal Palace Hotel was built in 1903, in Atlantic City, New Jersey by F. N. Pike. It was built of wood in a Victorian style with a two-story wraparound porch. Originally it had 350 rooms. However, in a December 11, 1921 ad in the New York Tribune it stated that it had a capacity of 600, was open all year, had a "Diet Kitchen," and an orchestra and dancing.

It is not known when the hotel closed, but it was not listed in the 1934 Hotel Red Book.

Greenwood matchstand: Small, white body, matchstand with striker rings near the top. All decoration is grey-green. Acanthus leaves on the rim and top of the stand, with a crown and ribbons on the stand with The Royal Palace below in the same color.

Syracuse bowl: White body bowl with a heavy black line around the outer edge of the border and a thin gold line at the top of the verge. At the top of the bowl within the verge is the hotel's logo in black which consists of a crown with ribbons at the base. Under the crown are the words "Royal Palace."