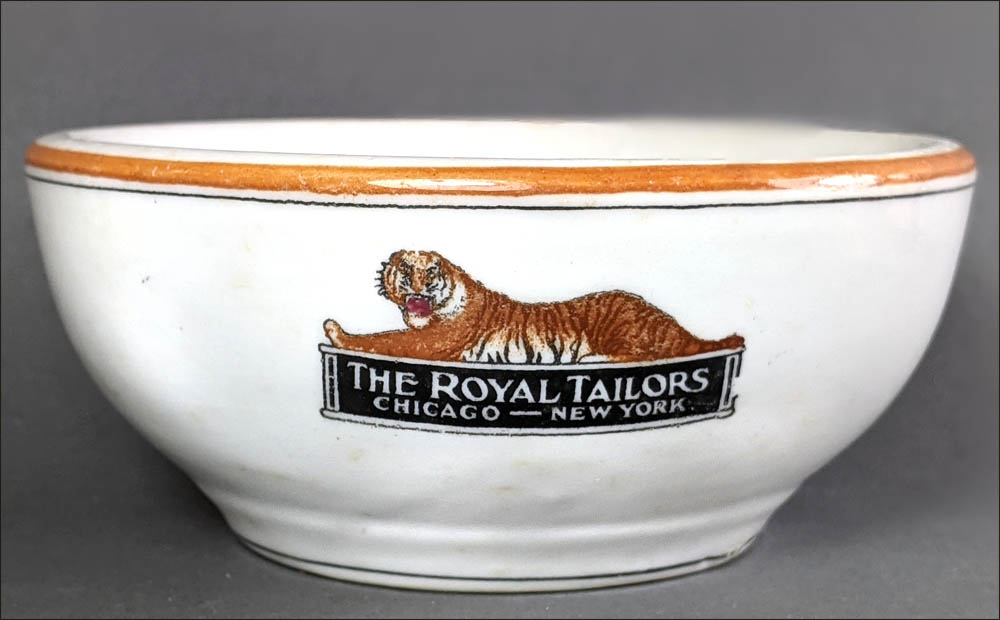 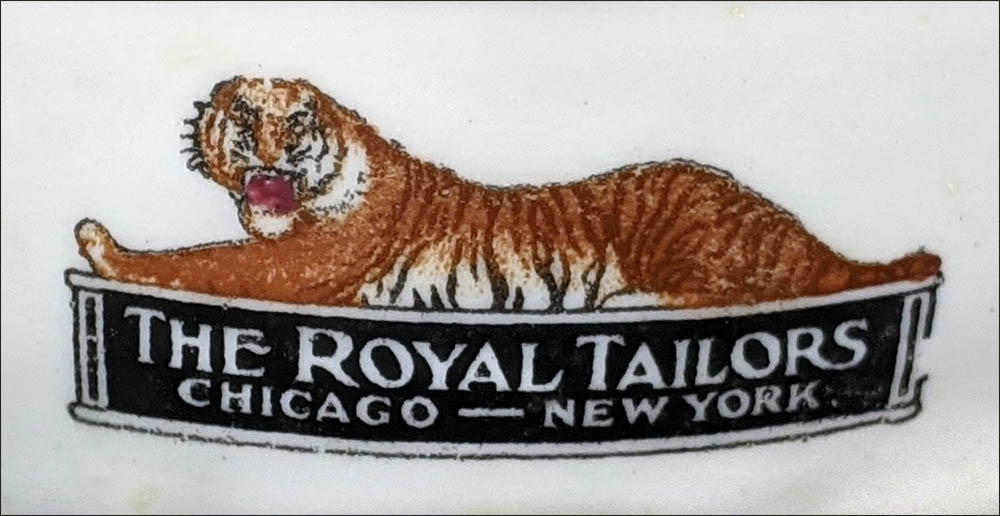 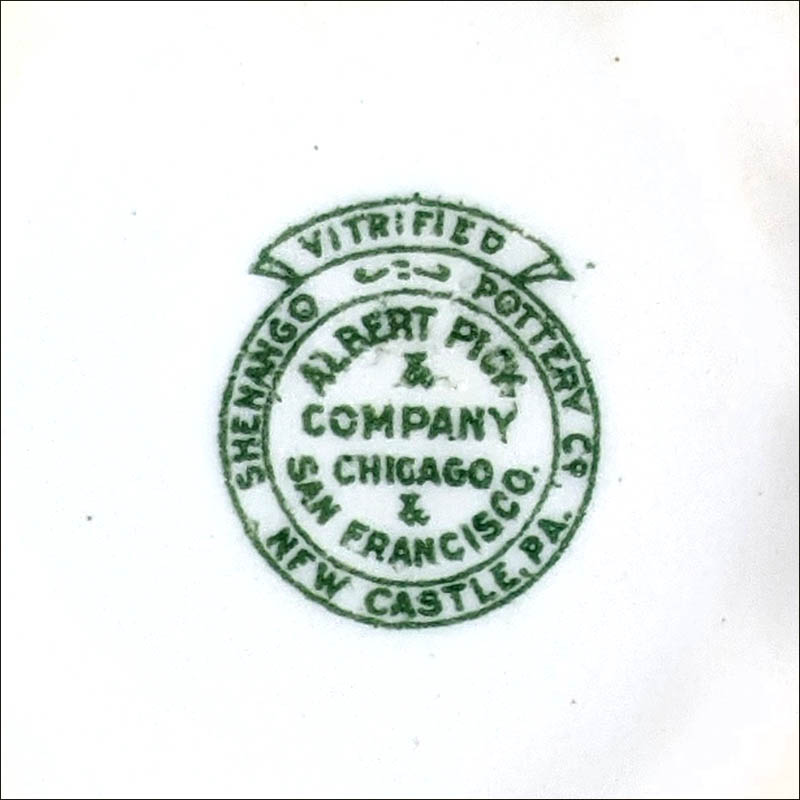 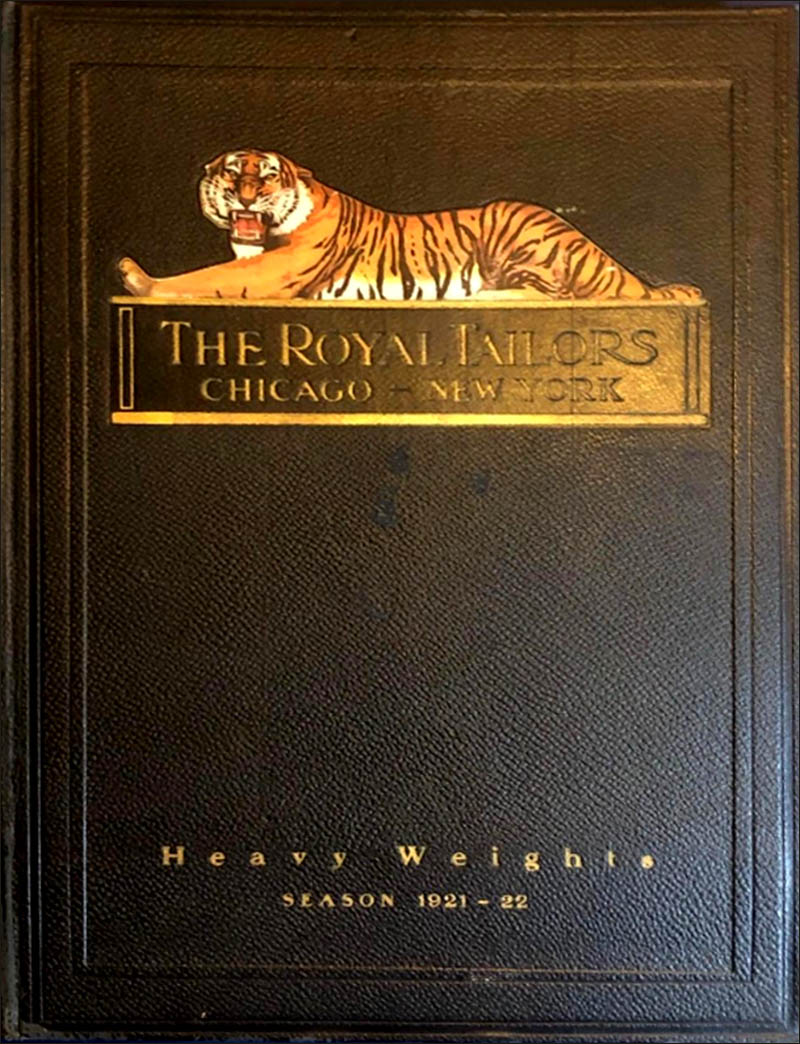 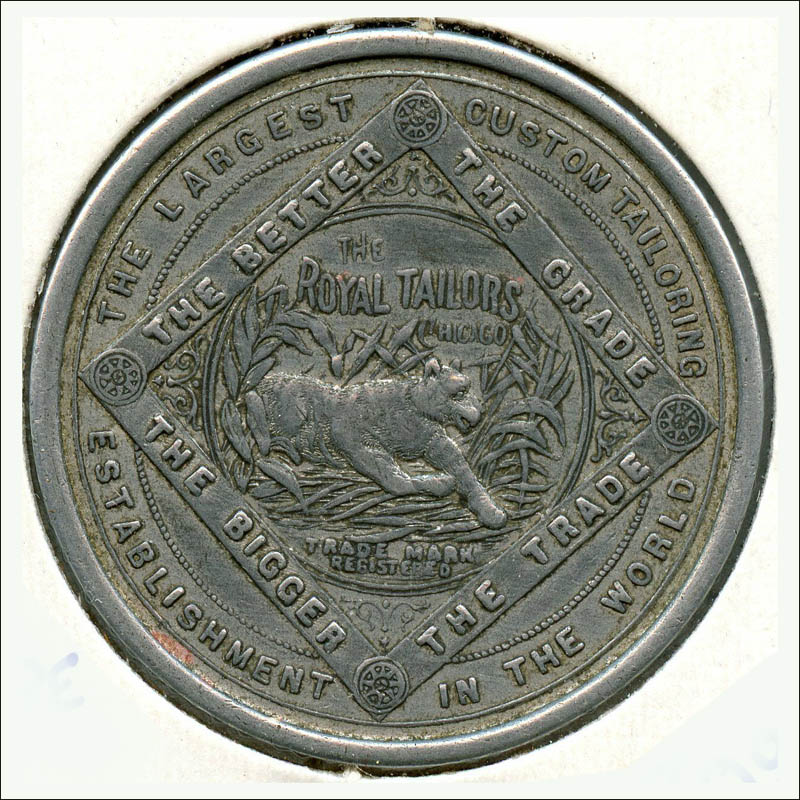 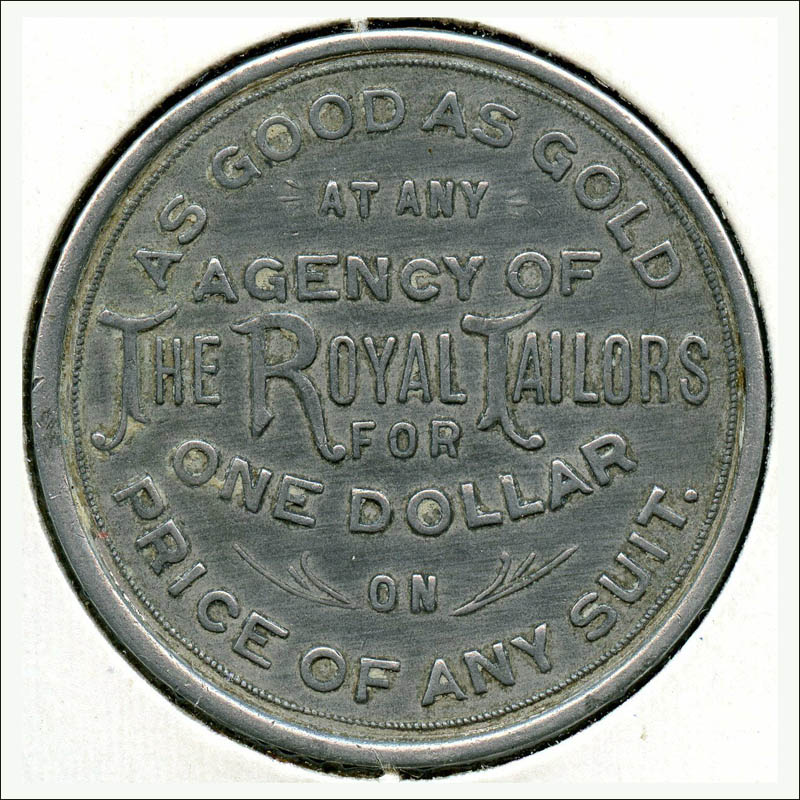 Notes: A company that obviously did not shy away from advertising and self-promotion as shown by the photos above of a logoed lighted sign, discount coin and sample book, The Royal Tailors, with offices in Chicago and New York, provided custom tailoring from 1888 into at least the second decade of the 20th century. But what is not known is where this oatmeal bowl was used – in an employee lunchroom or as a promotional giveaway?

One of the funniest things the company did was circa 1916 to publish an article titled "If they came back for Easter Sunday: how the famous figures of history would look as Royal Tailored men. You can view the illustrations of such figures as George Washington, Bismarck and Caesar on the Timeless Gentleman website – that are depicted from a 21st century perspective as male Barbies (think of the height-challenged Napoleon with legs for miles).

On its website, Second Story Books gives a brief history of the company: "Joseph Vehon, the founder and president of the Royal Tailors, was born in Poland in 1834, and immigrated to the United States penniless. After working as a travelling salesman and operating several clothing stores, he developed the then-revolutionary practice of offering customers refunds for clothing with which they were not satisfied. He opened his first store under the name of Royal Tailors in 1888. His garment business for men's customized fashions eventually employed over two thousand tailors in Chicago and New York with clothing sold in 10,000 cities and towns across America. After his death, his son, Morris (1876-1950), and daughter, Emma, carried on the family business." It is not known when the business closed.