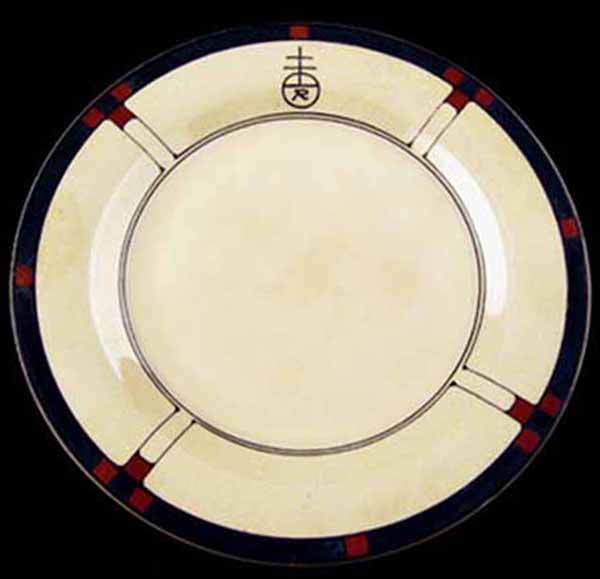 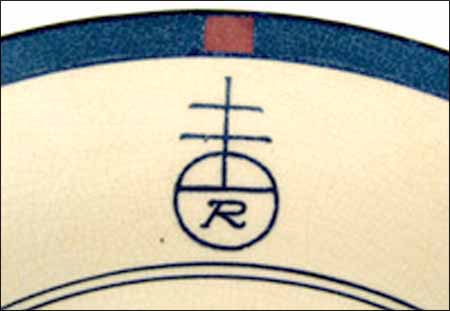 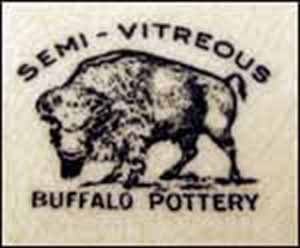 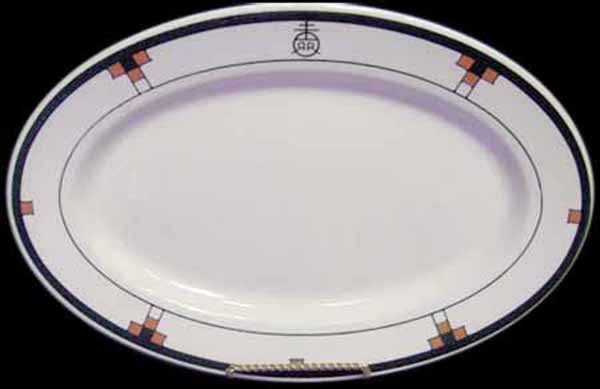 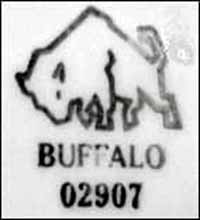 The Roycroft Inn opened in 1905 to provide housing for the streams of visitors to East Aurora, N.Y., home of the Roycroft Arts and Crafts community of craftsmen and artists which formed part of the American Arts and Crafts movement. The community was founded by Elbert Hubbard.

Hubbard and his wife Alice Moore Hubbard died in 1915 as passengers on the Lusitania. His son Bert operated the inn until 1938.

After that ownership changed hands several times. In 1986 the inn received National Landmark Status. In 1995, the inn reopened with support from the Margaret L. Wendt Foundation.

Today (2010) the inn is a popular destination and is furnished with original and reproduction furniture – including more than one iteration of Roycroft-style reproduction china, also for sale in the inn's gift shop.

According to one author, china was manufactured by Buffalo in three reproduction patterns: Collectors Look – single R; Renaissance – double R; Centennial, single R. The second pattern above would be the Renaissance pattern.