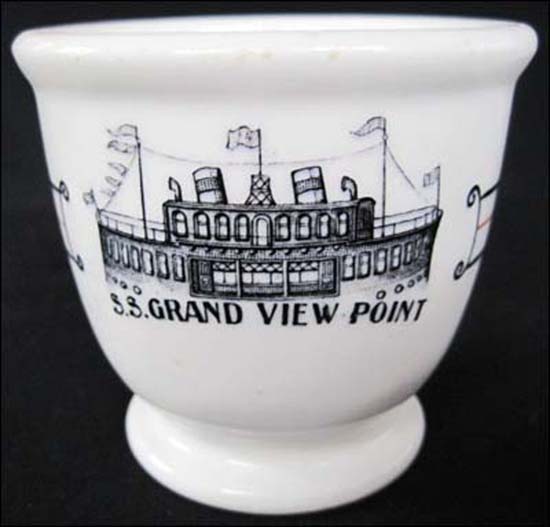 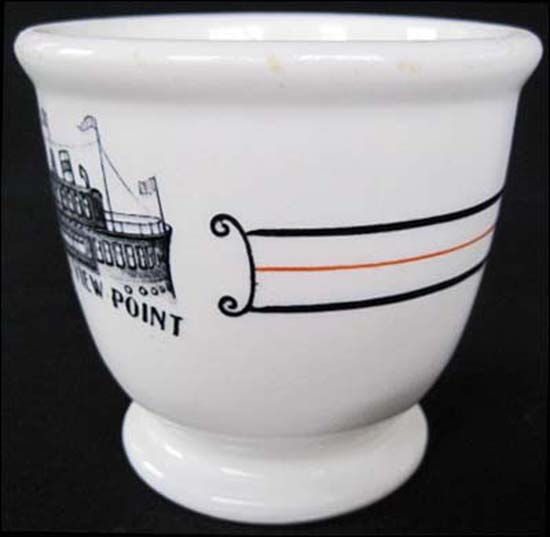 Notes: The Lincoln Highway, Route 30, was the first coast to coast road built in America. As it wound its way through the mountains of Pennsylvania, motorists would stop in various places to take in wonderful views.

On a curve, near Central City, at an elevation of 2,464 feet, a roadside stand was started, offering refreshments to early motorists and water for their vehicles. In 1932, Herbert Paulson converted it into a building resembling a ship and renamed it the S.S. Grand View Point Hotel or the Ship Hotel, as it was known. It opened May 29, 1932 with five floors and two tall smokestacks to make it look very much like a ship. It was very popular with tourists riding along the Lincoln Highway and was placed on the National Register of Historic Places. From the top of the "ship," one could see into three different states.

The 1930s and 1940s were great for business but when the Pennsylvania Turnpike went through, the hotel started to decline and burned on October 26, 2001.

Check this site for more info, and pictures of the S.S. Grand View Point Hotel.

White body with two black lines with an orange line between broken by a black ship-like structure with S. S. Grand View Point beneath.