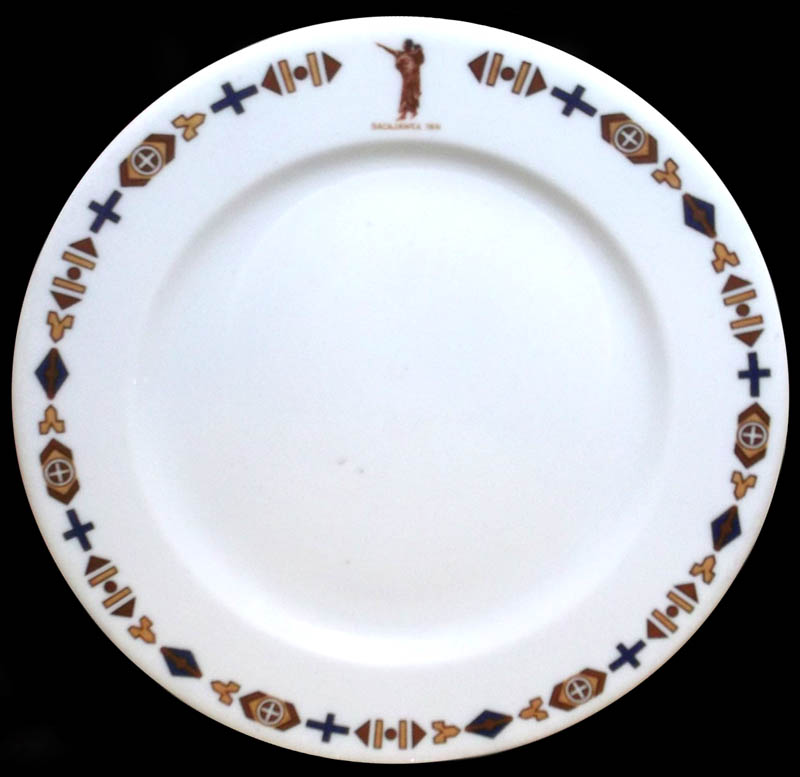 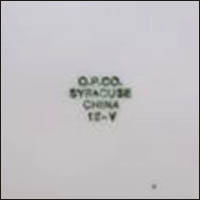 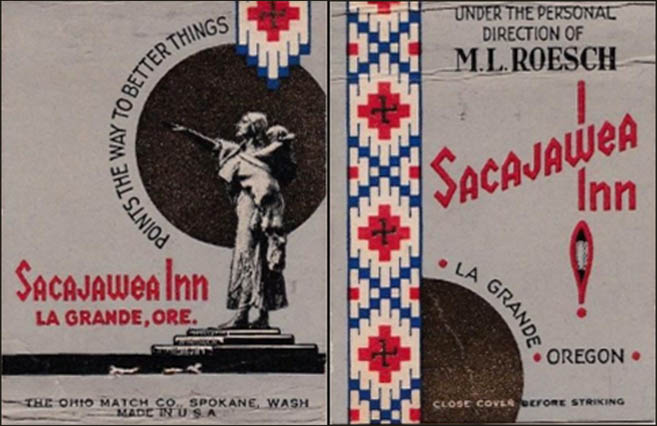 Notes: The Sacajawea Inn opened on Feb. 11, 1928, in La Grande, Oregon.  It was built by Julius Roesch (1862-1960) and was seven stories of fireproof, poured concrete and brick construction. It had 100 guest rooms, a restaurant, ballroom, and coffee shop. Some time later, a seven-story Annex (Roesch Building) was added to the Sacajawea complex, with the fourth through sixth floors providing additional guest rooms for the Inn/Hotel. The two buildings were originally connected via a skybridge.

The original building from 1928 was demolished in 1970. However, the Annex or Roesch Building is still standing and was placed on the National Register of Historic Places in 1996.

For more information about Sacajawea, who is best known for accompanying the Lewis and Clark expedition, click here.

Both plates are white body china with Scammell's stock border pattern #5040 which consists of dark brown or rust and tan shapes connected by elongated plus signs in black. The top of the rim border is broken at the top with the drawing of the Sacajawea statue with the words Sacajawea Inn underneath.