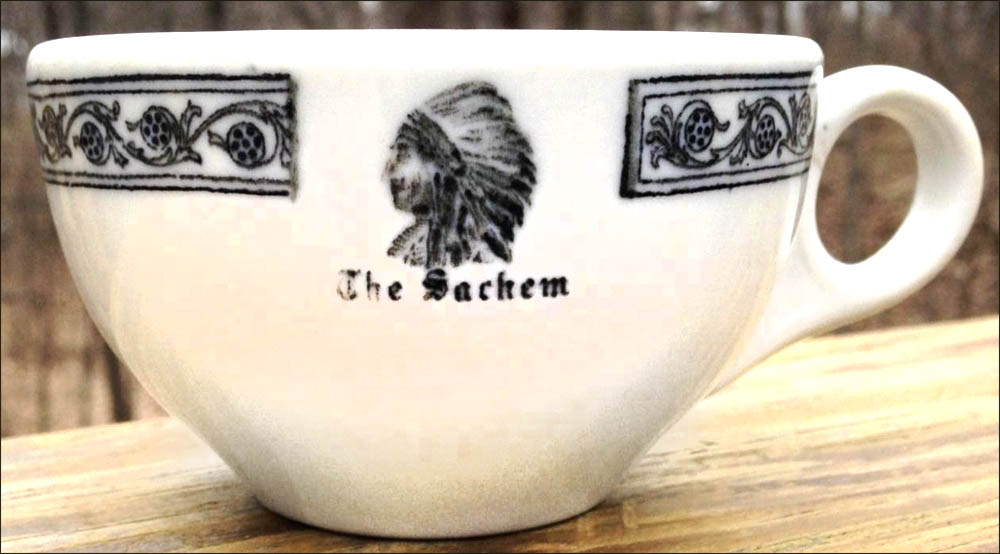 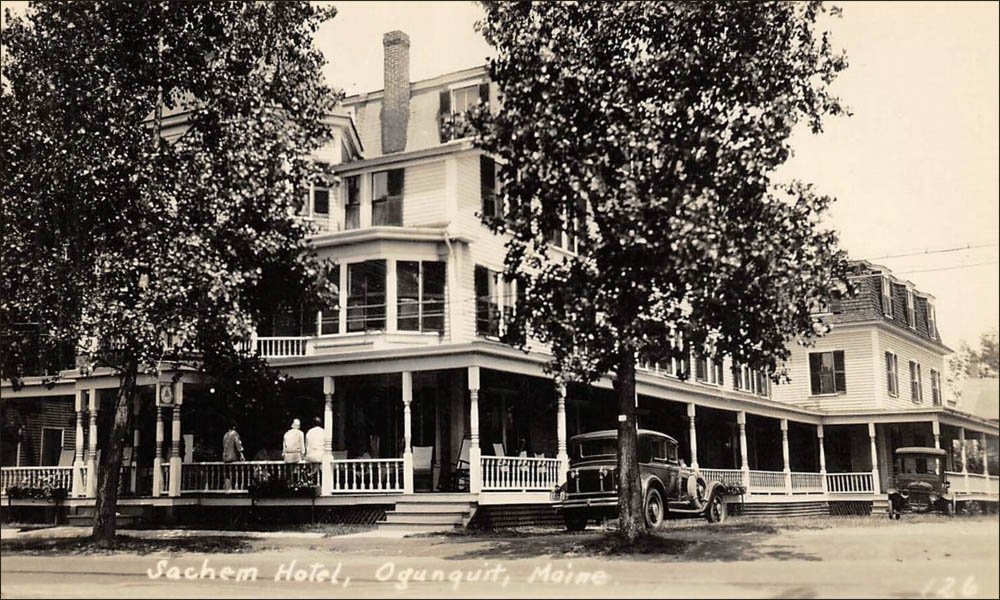 Notes:  The Sachem House, on Shore Road in Ogunquit, Maine, was built by William B. Littlefield in the fall of 1896. It opened for the summer season of 1897. After being enlarged to twice the size it had about 30 guest rooms. By 1909, it was four-story with a wraparound porch and a three-story addition on the back.  The Littlefield family owned it until the 1940s. Mr. & Mrs. Russell Ireland operated it from the mid 1940s until at least 1973. It is listed in the 1973 Hotel Red Book as having 45 rooms with the choice of American or European plans. In 1979, they sold the Oqunquit to the Baptist Church, and it was torn down.

The Trenton base china that Scammell made for the Sachem is crested with an illustration of the profile head of a Native American chief in full feather headdress. "The Sachem", in Old English-style lettering, is below the illustration. The black transfer border was designed by Charles A. May and patented in 1923 (Des 62,090). This was a popular border ordered by many customers.