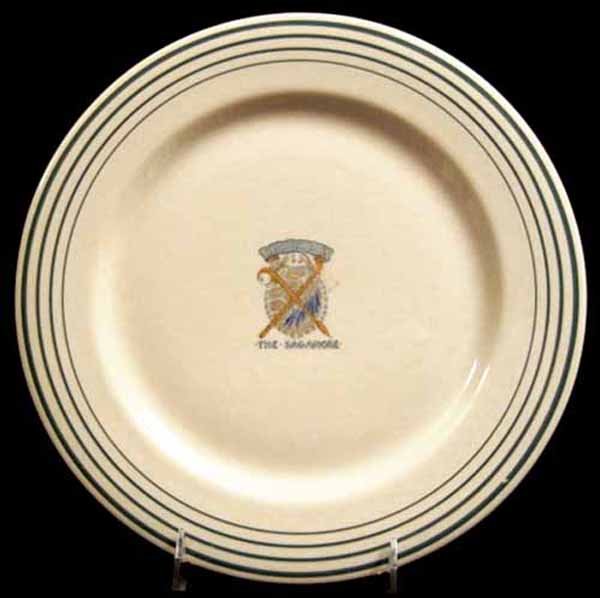 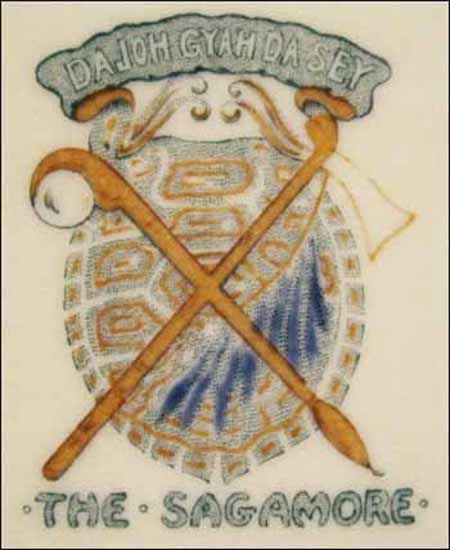 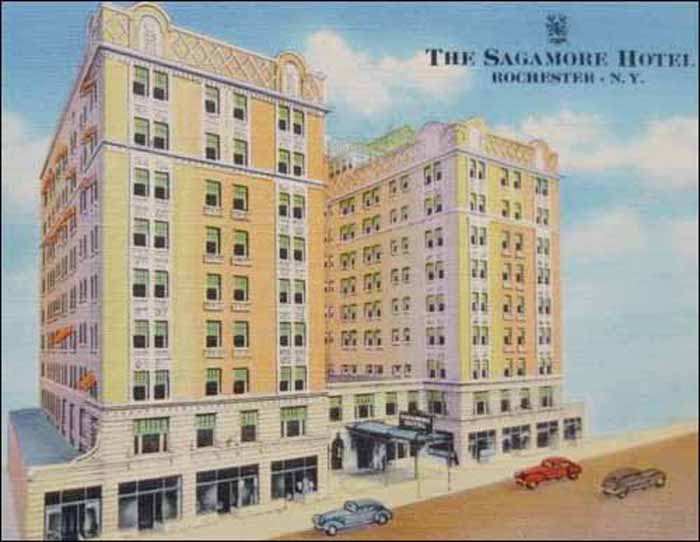 Notes: Located at 111 East Avenue in Rochester, N.Y., the nine-story, 350-room Sagamore Hotel opened its doors in 1924. Designed by Gordon & Kaelber of Rochester, it was modeled after the Parc Lane Apartments in Chicago. It was headquarters of the Automobile Club of Rochester and the Rochester Council of Civic Clubs. In August of 1927, Stromberg-Carlson purchased station WHAM and moved operations to The Sagamore. The Roof Garden was popular for dinner and supper dancing.

Ivory body with four concentric lines on rim with elaborate crest in well consisting of turtle shell shield, crossed war club and pipe, banner above with DAJOH GYAHDA SEY and below are the words THE SAGAMORE.