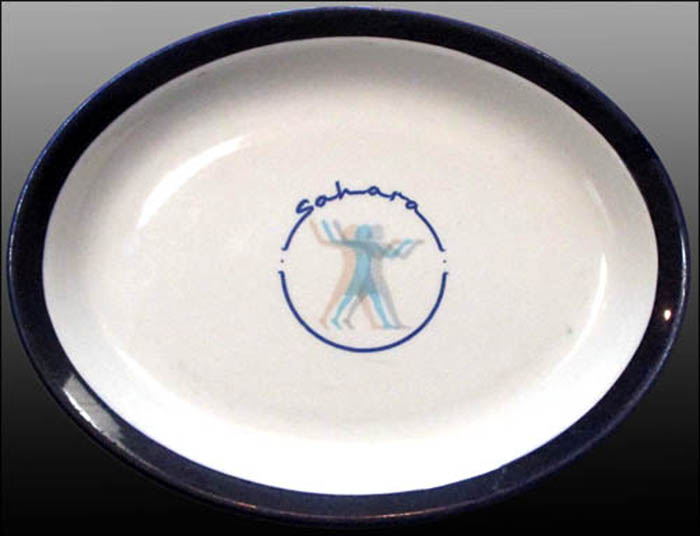 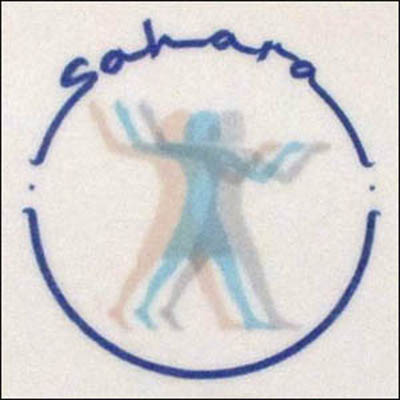 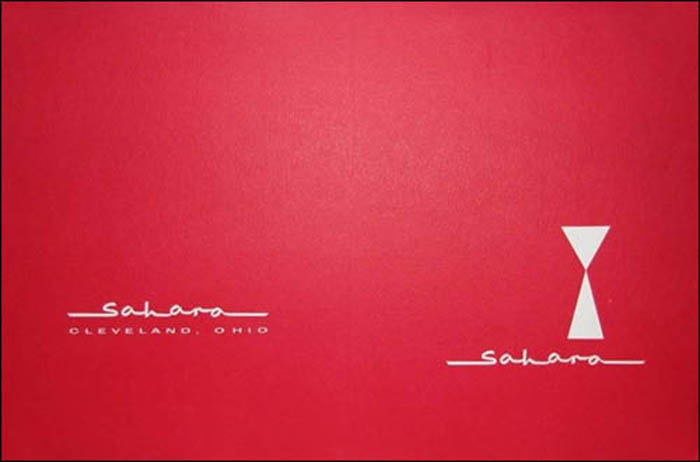 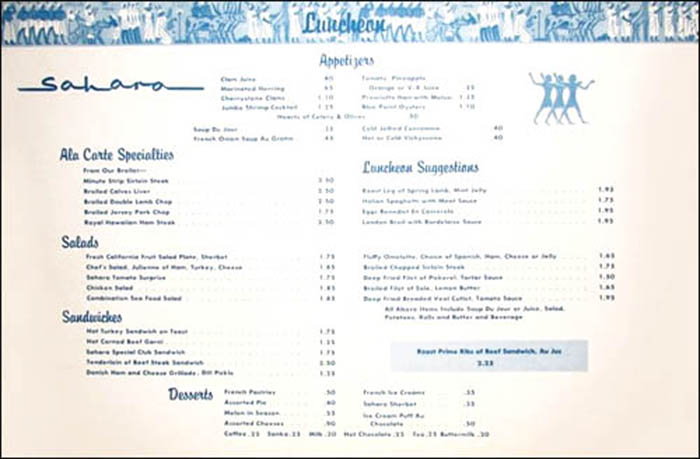 Notes: The Sahara Motor Hotel was located on Euclid Avenue in Cleveland, Ohio. It had 150 rooms, with a dining room, cocktail lounge, convention and banquet rooms and coffee shop.

Its main claim to fame seems to be that the cast and crew of the TV show "Route 66" stayed there in the Sixties while filming at least six Cleveland episodes – some of them including scenes at the hotel.

It is not known when the hotel opened or closed, but what is known is that in 1967 the hotel was sold to the Sheraton Corporation of America (with no information found as to whether the name changed). As of 2015, the land was the site of Applied Industrial Technologies.

The platter has a wide navy blue border on the rim. In the center is the Sahara logo with two semicircle lines in blue, separated by dots or pips, forming a circle around the shadowy image of three Egyptian figures moving to the right (Cue the Bangles' Walk Like an Egyptian). The word Sahara in a script font is part of the top semicircle.