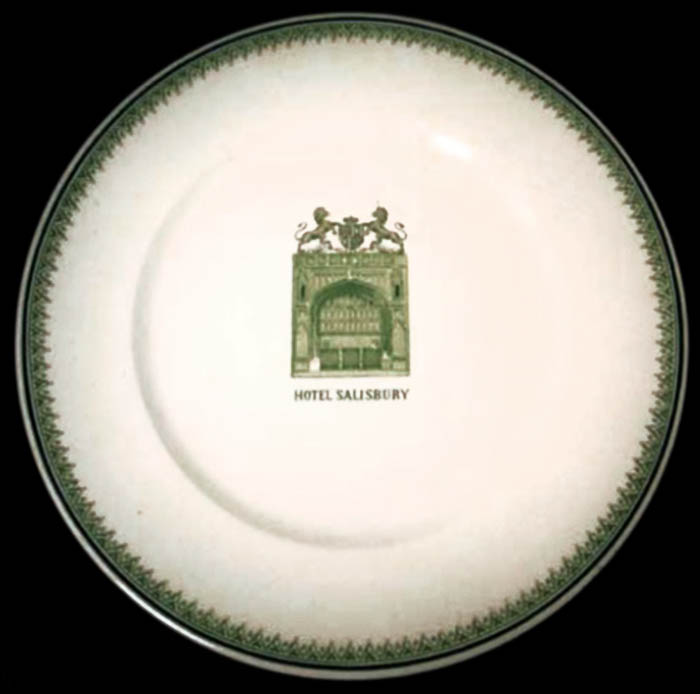 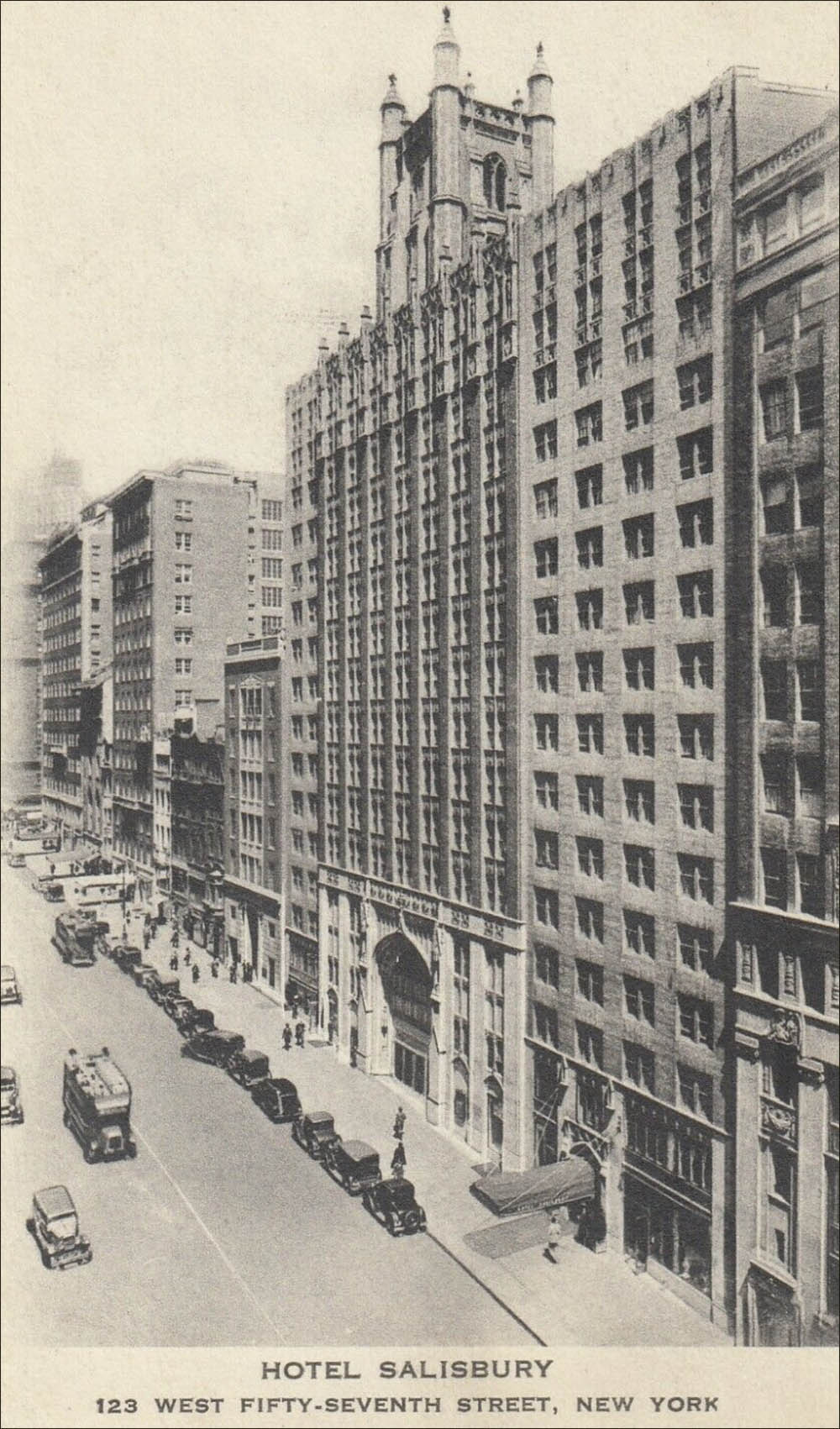 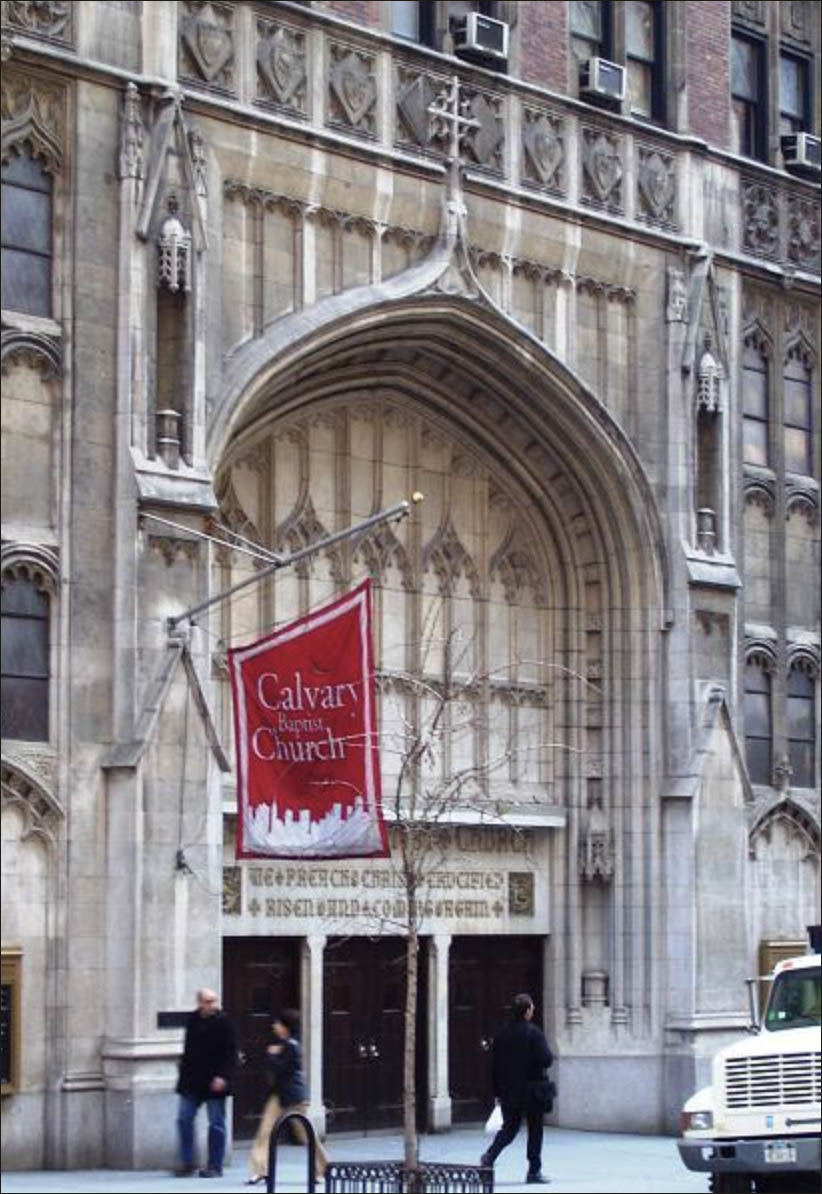 Notes:  The Salisbury Hotel at 123-141 W. 57th Street in New York City was built and owned by Calvary Baptist Church. When the 16-story building opened in 1931, it contained a church, hotel and apartments. Calvary Baptist Church is in the seven-bay wide section on the left. The Salisbury Hotel entrance is in the four-bay section on the right, which is designed to appear as a separate building. The 286 hotel rooms and apartments occupy the entire space on the upper floors.

Where the Salisbury dining room was originally located is not known, but in 2022, the Vanguard Room on the third floor served a continental breakfast.  In November 2019, demolition permits were filed for the hotel building, but as of April 2022, the Salisbury Hotel was still in operation.

Scammell made a 10 3/4" Lamberton service plate for the Hotel Salisbury. It is crested in the center of the well with a green transfer illustration of the buildings arched entrance. However, this is the entrance to the church section, not the hotel. The green transfer border has a black line on the edge of the rim. Barth Equipment Company supplied this china.