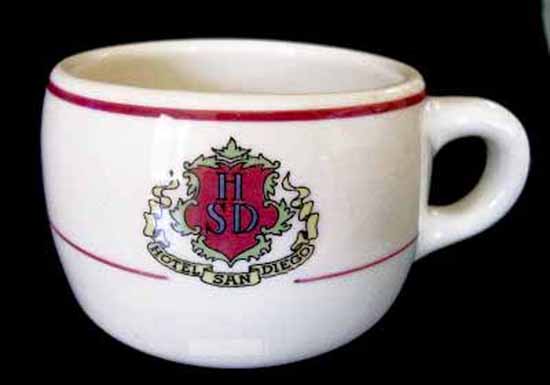 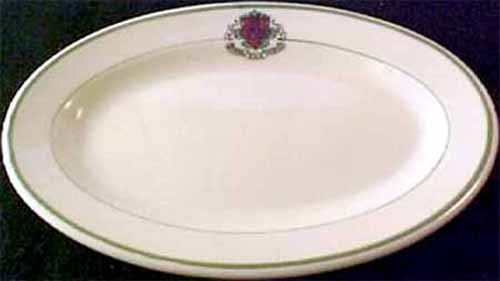 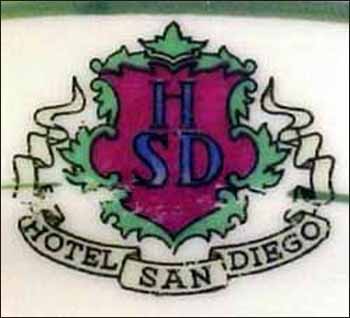 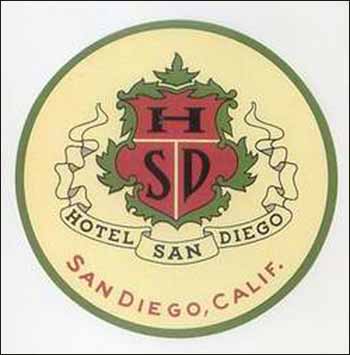 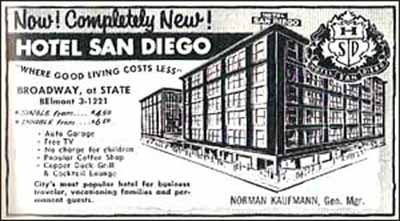 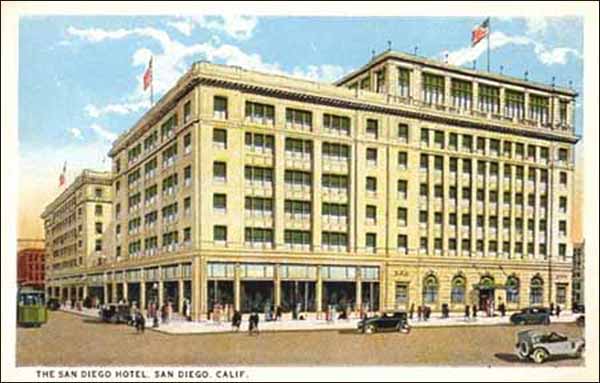 Notes: The Hotel San Diego was built in 1914 by developer and millionaire John D. Spreckels, who also owned control of Del Coronado Hotel as well as many other businesses in the city. The hotel was one of three new buildings constructed by Spreckels on 'D' Street, later re-named "Broadway" at his suggestion. The other two buildings were the Union Building and the Spreckels Theater building, which were completed between 1908 and 1914, creating a row of stately buildings along San Diego's most prominent street.

The Union Building was demolished years ago when the current Federal courthouse was built and the Hotel San Diego was imploded in April 2006. Click here for a link to videos of the implosion.

The cup was made by Syracuse China, but the platter with green lines has no backstamp, so the manufacturer is unknown.