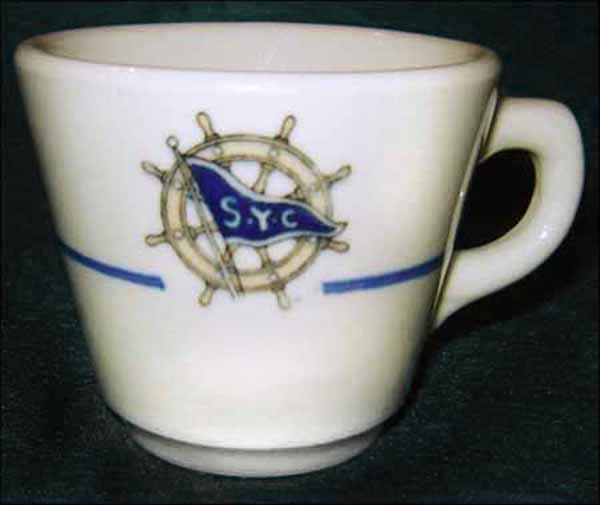 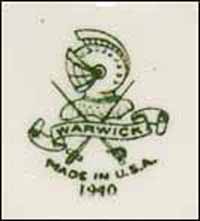 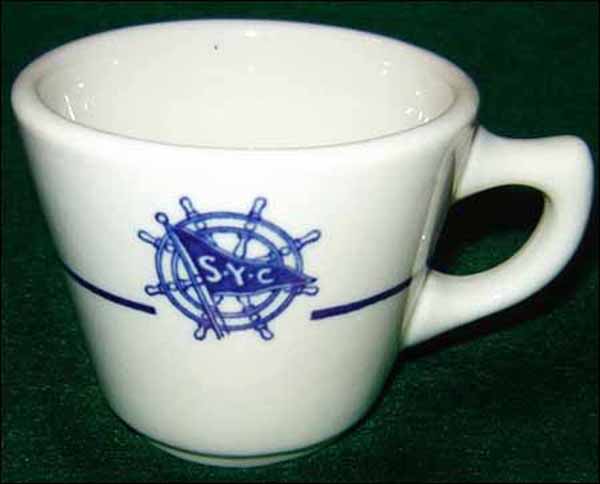 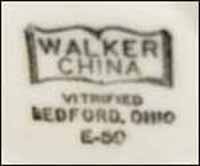 Notes: The Sandusky Yacht Club is located at 529 East Water St., in Sandusky, Ohio. According to the 1926 Llyod's Registry of American Yachts, the S Y C on Lake Erie was organized in 1896 and incorporated 1899. The original burgee had white letters, with periods after each letter, on a blue triangular field and a white line around the three sides of the burgee.

A storm in 1924 removed most of the clubhouse and all records, but rebuilding was successful, and the club in 2010 maintains about 1000 members and around 600 boats.

White body with thin blue line on handle and around the outside, broken to left of handle by the logo of the Sandusky Yacht Club. Logo is in blue and yellow, with yellow highlighting a ship's wheel and blue outlining it, all placed behind a blue and white burgee with the Sandusky Yacht Club initials. Of note, the present club logo has the wheel standing on one handle, whereas the logo on the cup appears to be turned slightly to the left (or port).