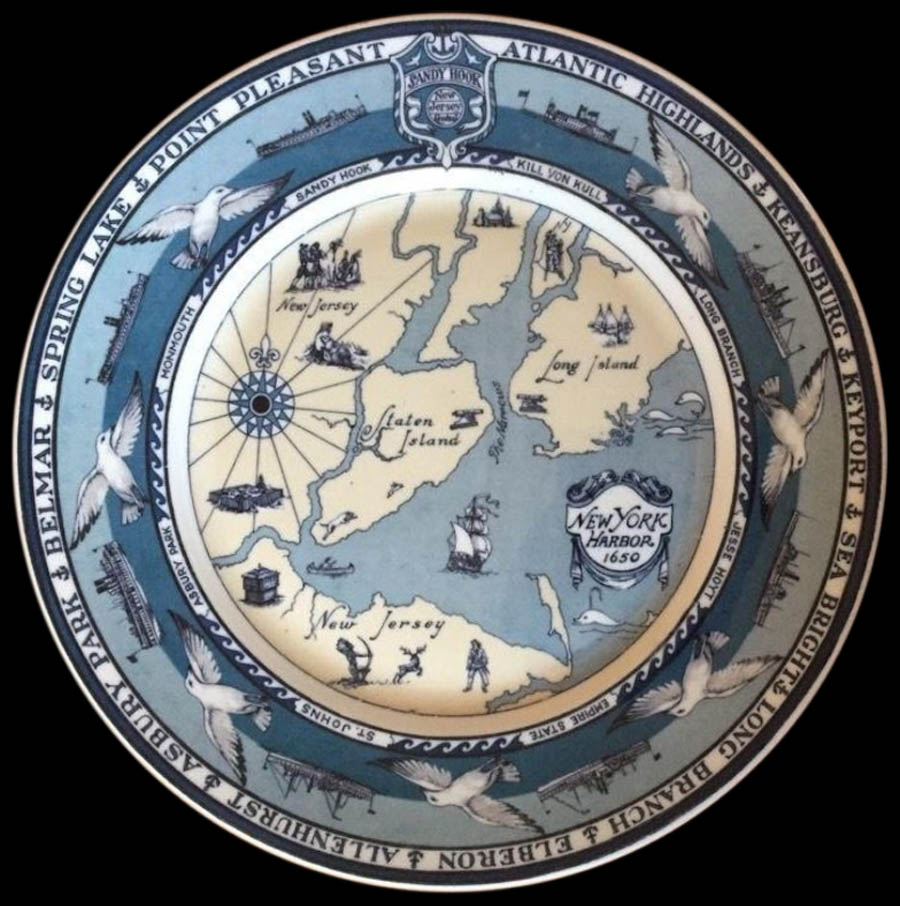 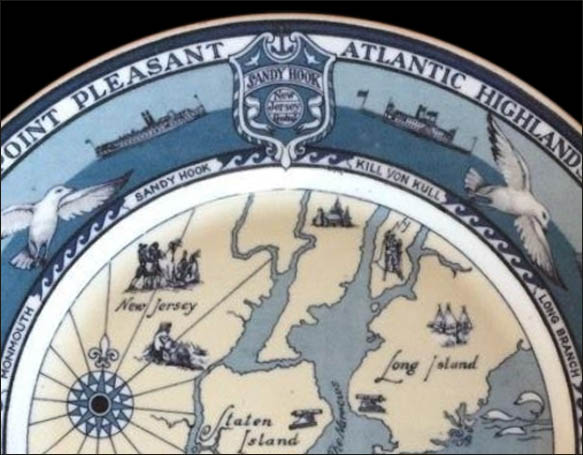 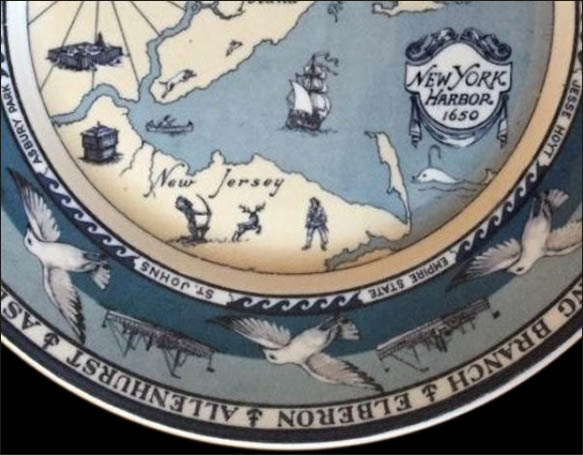 Notes: This railroad / steamship service plate was used on the Central Railroad of New Jersey – Sandy Hook Steamship in their dining rooms in connection with the Seagull pattern china.

The Sandy Hook Steamer-Ferry service transported New Jersey passengers from two points in New York City to the Atlantic Highlands, N.J. (an island in the New York Harbor). The steamship-ferry passage usually lasted about 90 minutes, which necessitated the need for a dining room aboard the vessels.

The front of the plate has the New Jersey Central – Sandy Hook logo at the 12:00 o'clock position of the plate. Around the outer border of the plate are names of the steamers the railroad / steamship line operated, including the Kill Von Kull, Long Branch, Jesse Hoyt, Empire State, St. John, Asbury Park, Monmouth and Sandy Hook.

The plate also features detailed seagulls on the outer border. The center section of the plate shows the New York Harbor and the states of New Jersey and New York with Native American Indians, a beaver, teepees, a log cabin, a sailing ship, fort, a French fleur de lis, and a Native American in a canoe. Colors are cream, white and slate blue.