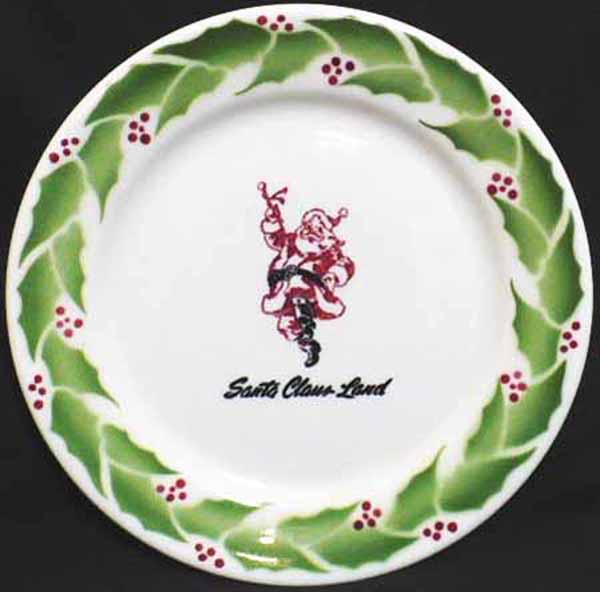 Notes: Holiday World web site Located in Spencer County in Indiana, the citizens struggled with what to call their little town and ultimately decided on a Christmas Eve in the 1850s to call themselves Santa Claus.

It was on Aug. 3, 1946 that Santa Claus Land was born as the United States' first theme park, though since 1984 it has been known as Holiday World.

From information on the site, in 1948 the "Christmas Room restaurant opened. Deer family introduced, featuring Donder, Blitzen, Comet and Cupid." It is still in business today (2008).

White plate with airbrushed green holly border with red berries. Santa in center seems to be acting as a drum major twirling a baton.