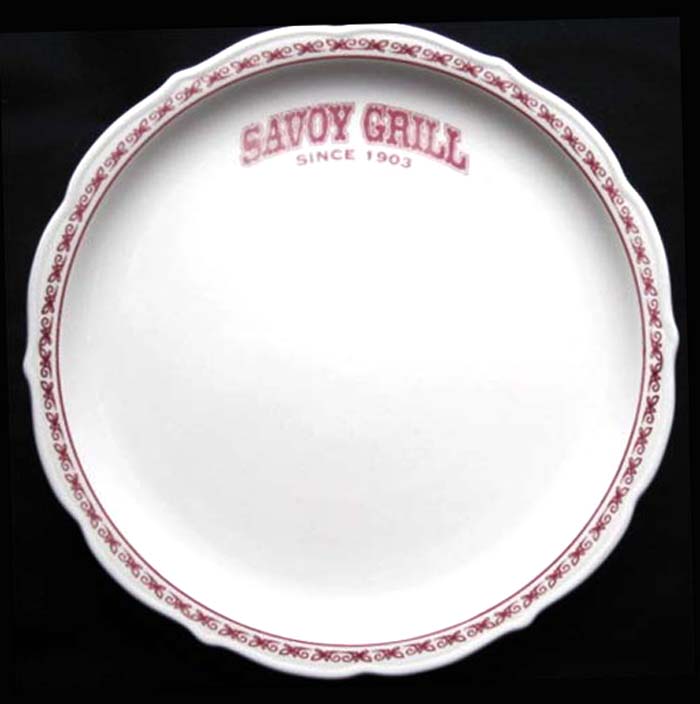 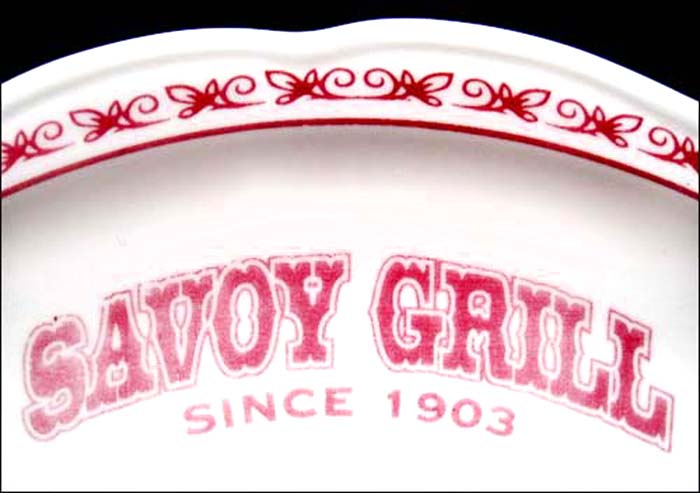 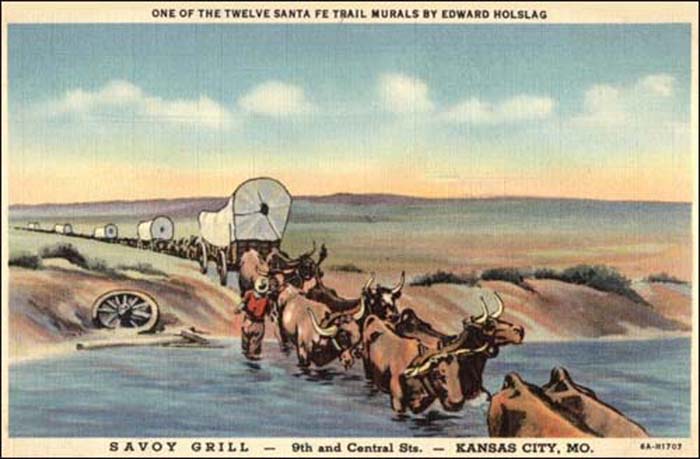 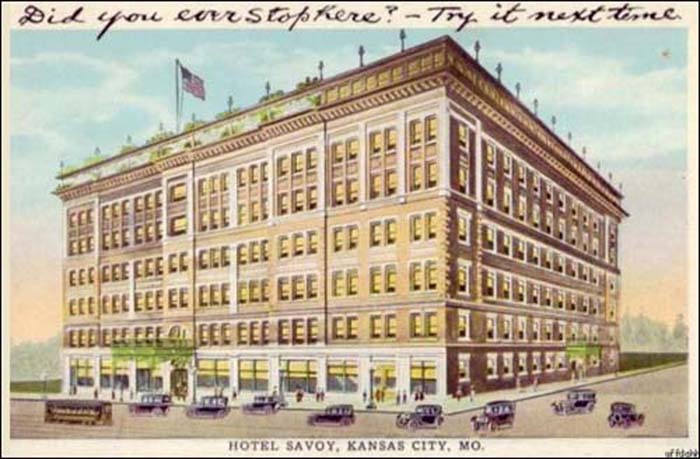 Notes: Located at 9th and Central in Kansas City, Mo., the Hotel Savoy was constructed in four phases: Phase One was designed by Simeon Chamberlain, built by the owners of Arbuckle Coffee Co., and opened in 1888; Phase Two was designed by Van Brunt & Howe, 1898-1900; Phase Three was designed by Hoit & Cutler, 1903; and Phase Four was completed in c.1905-1906, which brought the room count to 250. The hotel offered turn-of-the-century elegance to political and stage personalities as well as cattlemen, grain merchants and travelers heading west. It was a luxury hotel, with a rooftop garden, ballroom, Italian tile floors, marble walls, brass fixtures, a 12' stained glass dome in the lobby and carved oak woodwork.

In 1903, The Savoy Grill dining room opened, with an exclusive Men's Grill that did not serve women. That restriction was soon changed. In the early years, The Savoy's clientele dined on such delicacies as prairie chicken and buffalo steak. After the dinner hour, tables were pushed aside for music and dancing late into the evening. By 1929, The Savoy was one of eight hotels under the Sweet Hotel umbrella.

The Savoy was listed on the National Register of Historic Places on December 30, 1974, and a renovation project was undertaken by owner Don Lee. Lee had purchased the Savoy Grill in 1960 and the entire Savoy Hotel in 1965. During the renovation, care was taken to preserve pieces of the hotel that were still in usable condition, including the original reception desk and stained glass artwork. The Savoy Grill includes the original carved oak bar, high beamed ceilings, murals painted in 1903 by Edward Holslag, and the famous Booth No. 4, which was frequented by Harry and Bess Truman.

In 1985, Don Lee began renovating The Hotel Savoy, turning existing rooms into luxurious bed and breakfast suites. Each room is finished in Victorian turn-of-the-century style, uniquely decorated and filled with antiques from within the hotel. Because of The Savoy's historical appeal, recent movies such as "Mr. and Mrs. Bridge" and "Cross of Fire" have filmed scenes here.

White body, light red rim treatment of leaves and curlicues and line inside. SAVOY GRILL Since 1903 in well.