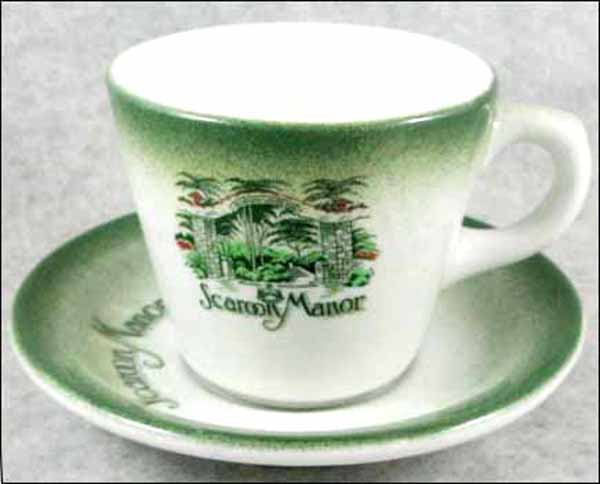 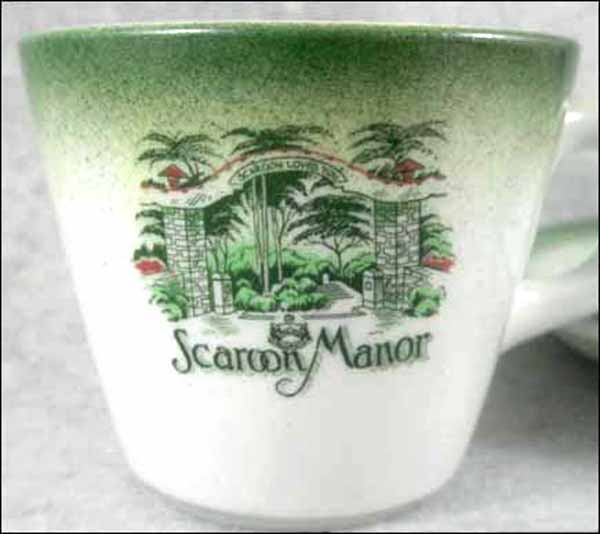 Notes: Scaroon Manor is located on Schroon Lake in the Adirondacks, New York. The site was first known as Spirit's Point. Around 1880, the property was purchased by Charles F. Taylor, who made it into an elegant summer resort called Taylor's on Schroon in the Schroon Valley.

The estate was nestled in the rounded crests of mountains, part of a landscape of picturesque valleys that contained both open fields and dense forests. When the resort was created, this section of the Adirondacks had just begun to lure summer visitors. The scenery was breathtaking, the atmosphere different and the cuisine at hotels and boarding houses appealing.

Taylor operated his hotel until his death; and his son, Charles Jr., ran it until 1916, when he sold it to George C. Gobel, a New York lawyer. Gobel sold the resort in the 1920s to Joseph Frieber, a Hungarian-born New York City restaurateur. Frieber and his brother, William, practically rebuilt the resort, adding conveniences and renaming it Scaroon Manor. It had a capacity of 600 guests.

From 1930 to about 1952, Scaroon Manor was popular with young people and attracted many honeymooners.

The property was cut in two by Route 9, and in addition to the manor, the property also included The Cedars, a main house and several cottages. Another popular feature was a picturesque, lake-rimmed, 500-seat amphitheater, which housed two orchestras. Broadway entertainers such as Robert Merrill, Red Skelton, Alan King, Joey Bishop, Morey Amsterdam and many others performed at the amphitheater.

The resort's motto was "Scaroon Loves You." Signs displaying the slogan were placed throughout the hotel and grounds, while the elaborate dinner menu was heartshaped.

In August 1957, Scaroon Manor gained national recognition when Warner Brothers Studios used it as the locale for filming "Marjorie Morningstar." People flocked to the manor to catch a glimpse of Gene Kelly, Natalie Wood and Ed Wynn, and hundreds of local people were employed as extras. Business soared.

Scaroon Manor was sold in 1960 to the Brandt Brothers, operators of the Sagamore Hotel in Bolton Landing, and a chain of NYC movie houses. After running the business for two disappointing summers, the Brandts sold it to the State of New York.

The death of Scaroon Manor was a heavy blow to the economy of the Schroon Lake-Town of Chester area for the conventions and the hotel popularity had brought much business to the village. The state ran an ad on December 28, 1968 announcing that bids would be accepted for the purchase of the manor and property. No bids were made and on February 15, 1969, the state burned the main house and small cottages at The Cedars and about 30 cottages on Scaroon Manor property.

In 2002, a plan was accepted with input from local government, civic groups and residents. Construction of a day use area, campground, and interpretive center were to be constructed. The new Scaroon Manor comprises 242 acres in the towns of Chester, Warren County, and Schroon, Essex County, including 1,200 feet of shoreline on Taylor's Point on the western shore of Schoon Lake.

White body with green airbrushed rim. Topmark featuring a lush garden entrance of brick columns with a banner overhead stating Scaroon Loves You. The venue name, Scaroon Manor appears beneath this in dark green with a shield above it and "Park Bear" flanked by standing bears and a crown on top. Lush trees appear in the property background.