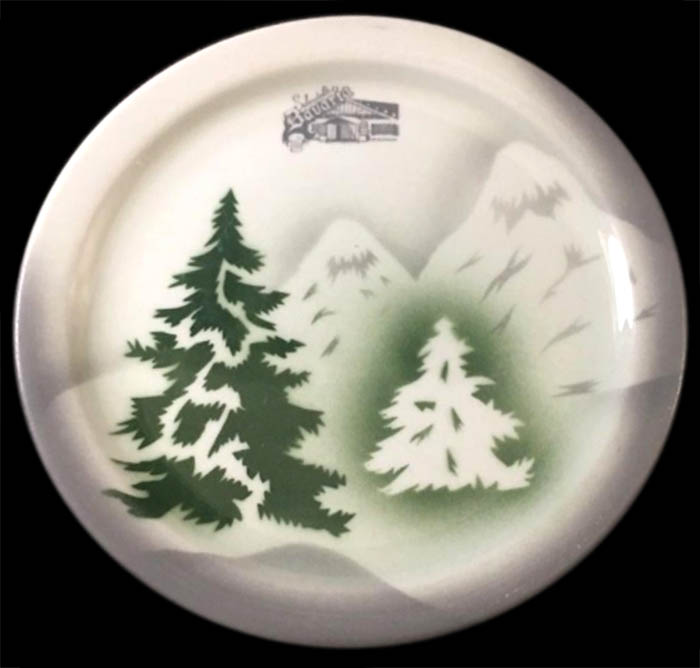 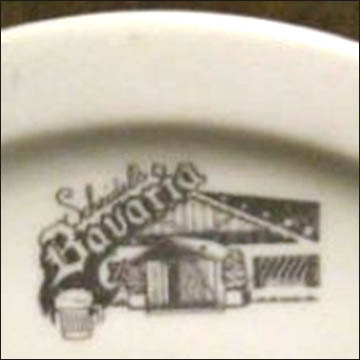 White body with airbrushed mountain scene and two large evergreen trees, customized with the "Scheidel's Bavaria" topmark of an illustrative logo of the restaurant exterior and a large glass mug of frothy beer in the foreground.