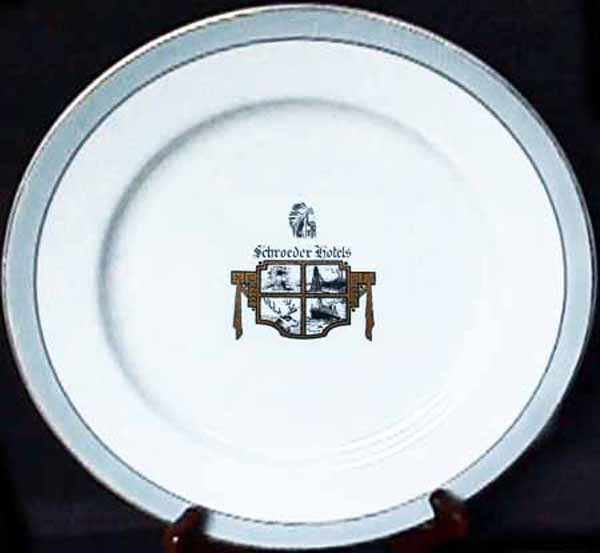 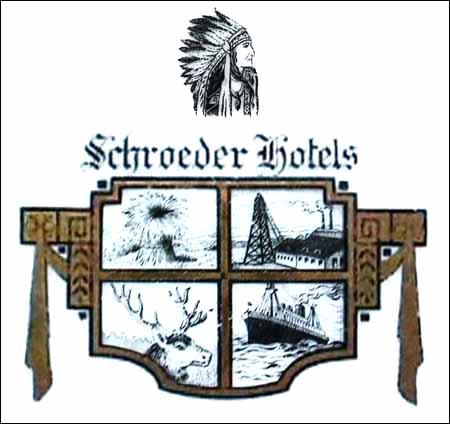 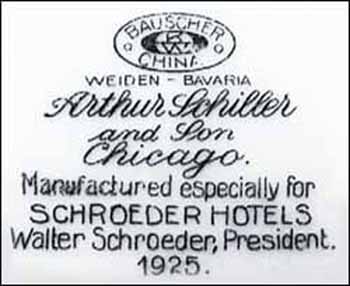 Notes: In 1912, Chris. Schroeder & Son provided funds for the refinancing of an $800,000 bond issue for the largest hotel in Wisconsin at the time — the new Hotel Wisconsin. Recognizing a need for good management, Walter Schroeder took over the Hotel Wisconsin and became a hotelier.

"During the 1920s, Walter Schroeder built and operated the Astor Hotel, located at the corner of Astor and Juneau in Milwaukee; the Northland Hotel in Green Bay; the Loraine Hotel (named after a niece) on Capitol Square in Madison; the Retlaw (Walter Schroeder's first named spelled backward) in Fond du Lac; the Wausau Hotel in Wausau, Wisconsin; the Duluth Hotel in Duluth, Minnesota. He also acquired the Calumet Hotel in Fond du Lac and the Vincent Hotel in Benton Harbor, Michigan."

He completed his nine-hotel Schroeder Chain in 1928 with the multi-million dollar Schroeder Hotel (today, known as the Hilton Milwaukee City Center) located at the corner of 5th and Wisconsin in downtown Milwaukee. Designed by one of America's most successful and innovative architectural firms, Holabird and Roche., the 25-story structure became Milwaukee's finest hotel and a distinguished landmark.

White body with pale blue rim, trimmed with gold on both inner and outer sides. Center marked beneath a native-american chief in formal headress is "Schroeder Hotels" in black. The hotel chain name appears above a brown and black window pane-styled center logo of four images (one in each quadrant), featuring a haystack, a factory, an elk and a steam ship.