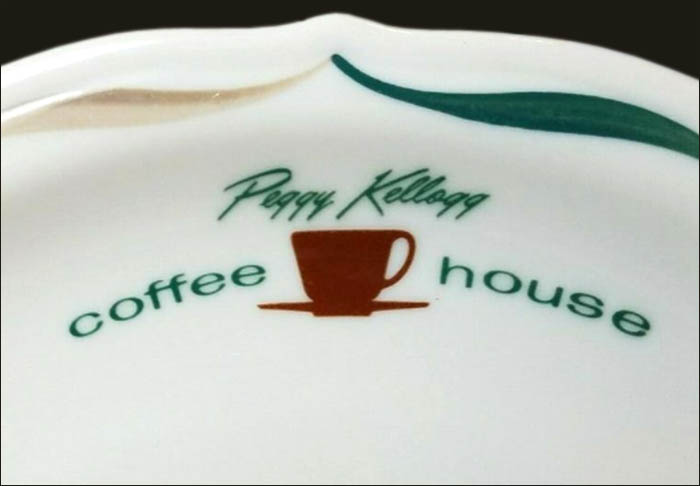 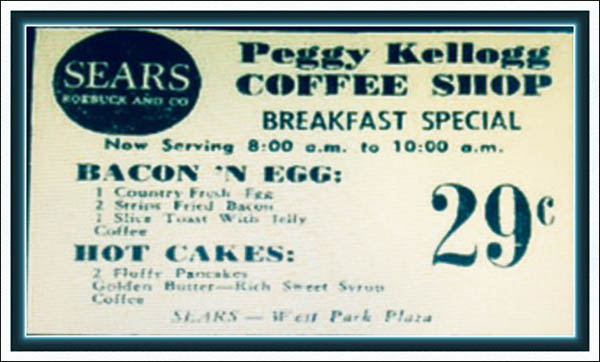 Notes: In June 1951, Sears, Roebuck and Co. filed a trademark registration with the United States Patent Office for PEGGY KELLOGG to be used for: "FRUIT CAKE, BUTTERED AND SALTED POPCORN, CANDY, JAMS, JELLIES AND CORN POPPING OIL." The registration confirmed that the use of the tradename Peggy Kellogg dates back to October 1930 and was not associated with any "individual known to applicant." The tradename PEGGY KELLOGG was first used by the Sears, Roebuck and Co. doing business as the Peggy Kellogg Kottage Kandy Co. in Chicago, Illinois under a separate trademark registration filed in December 1931. Click here to view the trademark filing from June 6, 1951.

The topmark design is similar to that used by Sears Restaurants and Sears Coffee House Restaurants also in the Syracuse China Festival pattern on a white body with an alternating tan and teal ribbon border.