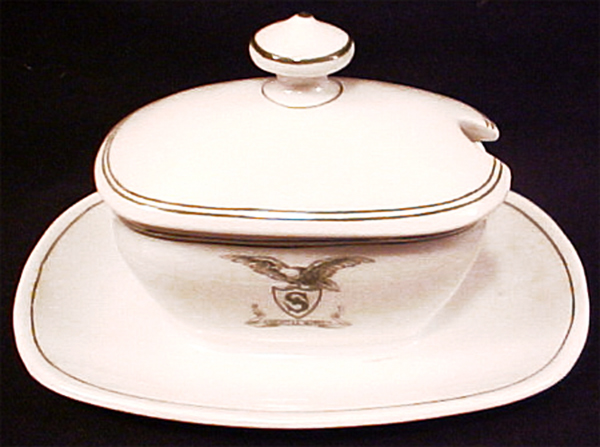 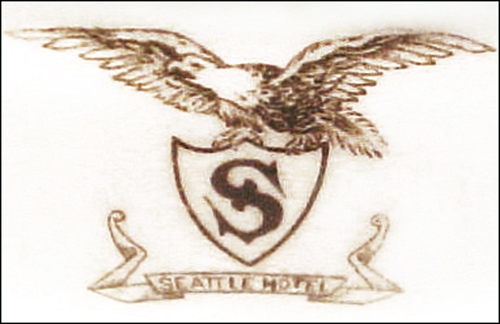 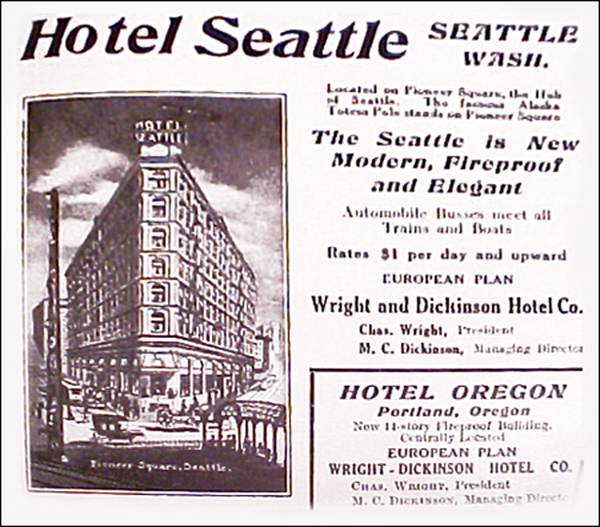 Notes: This seven-floor, 200-room, flat-iron shaped hotel was located at 1st and James streets on Pioneer Square in Seattle, Washington. The hotel opened in 1898 with the help of John R. Brennan, who was the assistant manager of the hotel for the first two years. By 1914, the Seattle Hotel had become an office building.

The hotel building was damaged in the 1949 Earthquake, and though listed in the 1957 Hotel Red Book, was abandoned by 1961.

In 1962, the historic triangular-shaped building was razed as part of an urban renewal plan, replaced with a parking garage known today (2012) as the "Sinking Ship." The destruction of this historic building sparked a Seattle preservation movement, resulting in a revival of the Pioneer Square district in 1970.

This unusual shaped condiment dish has a white body with blackish-green colored trim lines. Topmarked by an eagle astride a shield with a stylized letter "S" and the words "Seattle Hotel" in a ribbon banner beneath. The dish measures 3.5" x 4.75" x 2.75".