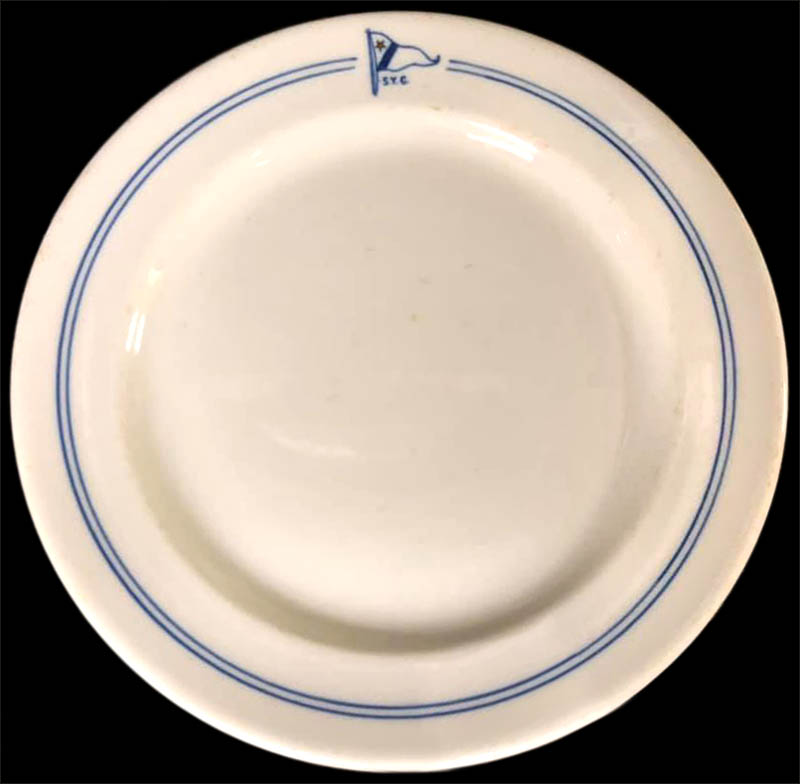 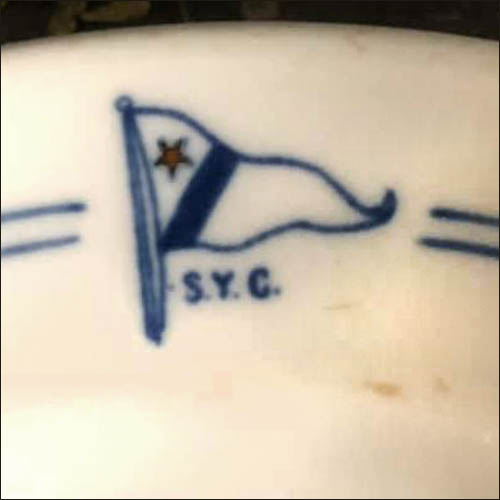 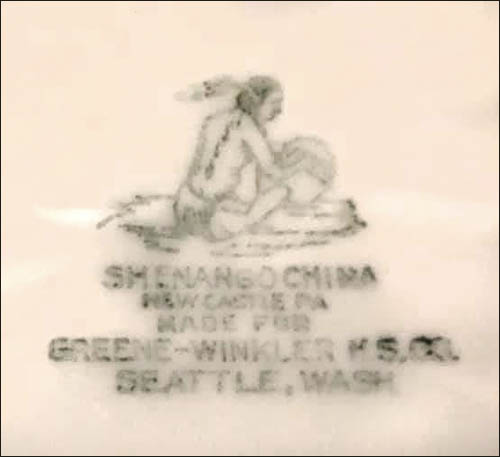 Notes: From the Seattle Yacht Club's History page in 2021, "From its shabby beginning at a rickety boathouse dock, Seattle Yacht Club has prevailed over the rough seas of wars and endured the battering winds of economic storms. Along the way, the Club has adapted to our changing culture over the decades and centuries. Today, at 126 years old and housed in its elegant Mainstation on Portage Bay, the Club is one of the premier yachting organizations in the world. Its Clubhouse and moorings, 10 Outstations, services, and social activities are second to none, and its financial position is strong. SYC is one of Washington State's oldest and most enduring institutions and in 2010, the National Register of Historical Places listed the SYC Mainstation as a historic resource."

The plate has two thin navy blue lines mid-border, broken at the top by the club's burgee that is a flag with red star in upper left against a white field, a diagonal navy blue band and to its right, a white field. Underneath is: S.Y.C.