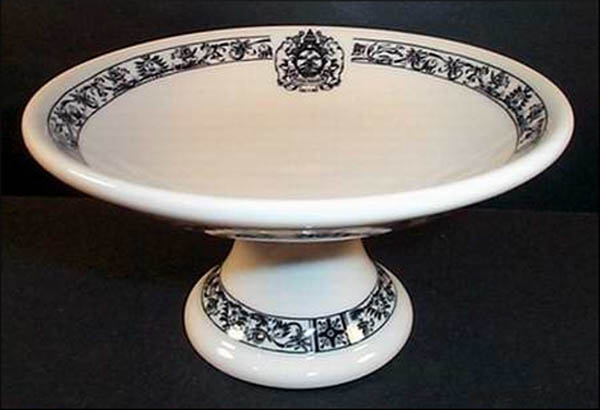 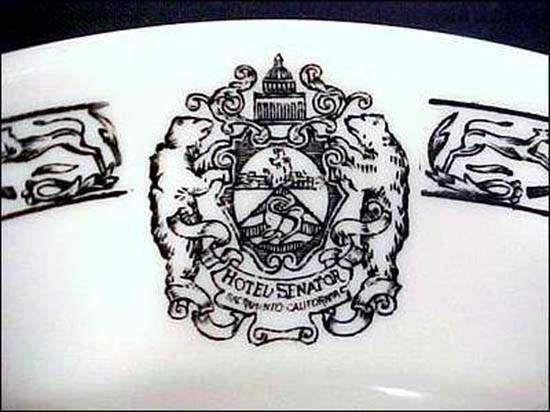 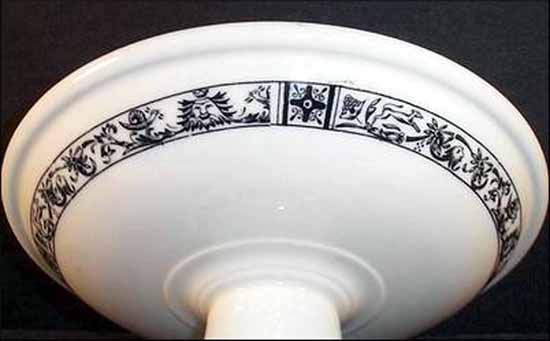 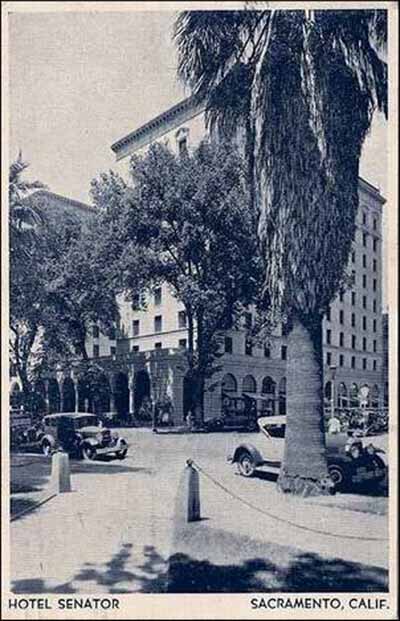 Notes: The 9-story, 400-room Hotel Senator was opened by Thomas Hull in 1924, directly next to the State Capitol at 1121 L. Street. Considered "the finest hotel on the entire Pacific Coast" with its close proximity to the State Capitol, it served as an important hotel, meeting place, and social center for the City of Sacramento for many decades. It was the home of the famous Empire Room where many important functions were held. The hotel was added to the Register of Historic Places in 1979; and in the early 1980s, was converted to an office building that was accessible only to its tenants. In 1998, The Senator Atrium again opened its doors to the public, with its 2,800 square foot Atrium available for banquets and receptions.

White body with black Princeton ornamental border, featuring whimsical lion heads, monkey heads, leaping dogs and snails among ribbon vines and flowers. Topmarked in black with the Hotel Senator logo of two bears flanking a shield with a center, stylized letter "S" and the State Capitol building above the shield. A banner with "Hotel Senator" and "Sacramento California" appears beneath the shield.

Click here to view a historic program for a dinner held at the Senator Hotel on September 17, 1927 for Col. Charles A. Lindberg.