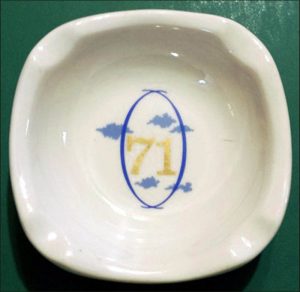 Notes: Located at 71 E. Wacker Drive in Chicago, the 71 Club was on the upper floor of the 36-story Executive House Hotel, which was built in 1960 and designed by Milton Schwartz and Associates. In 1987, the building, including the 71 Club, was renovated, offering different rooms and meeting suites and a new canopy at the entrance. In 2013, it became the Wyndham Grand Chicago Riverfront.