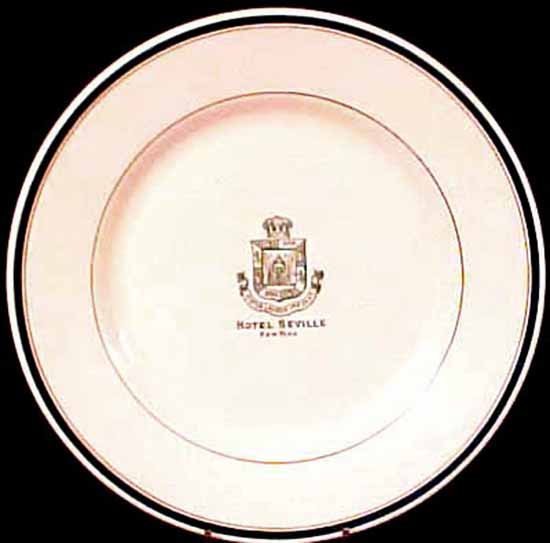 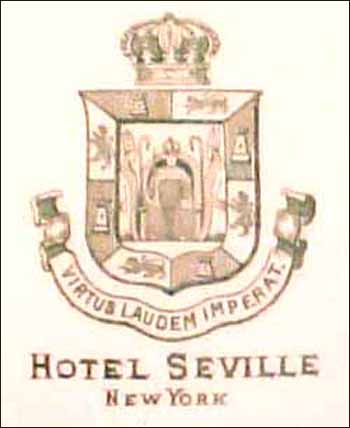 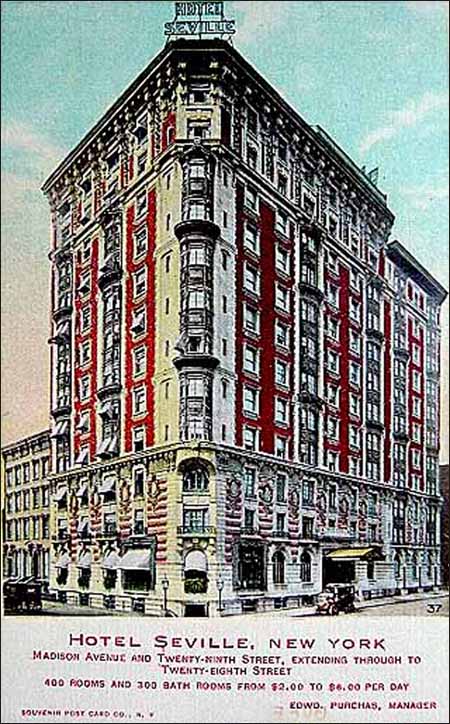 Notes: In 1904, the 12-story, 400-room Seville Hotel opened on Madison Avenue and 29th Street in New York City. It was last listed in a 1963 Hotel Red Book. It has been completely renovated with a 3-story waterfall in the lobby and is now The Carlton on Madison Avenue (on the edge of Madison Square Park). The date code of the plate comes from the impressed crown with E.VII under that and a V under that, which means the plate was made during the 5th year of the Reign of Edward the VII of England.