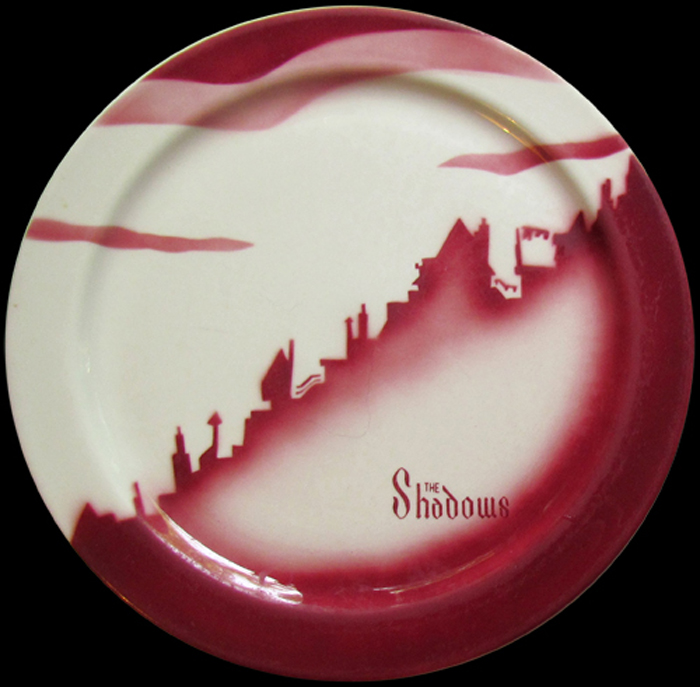 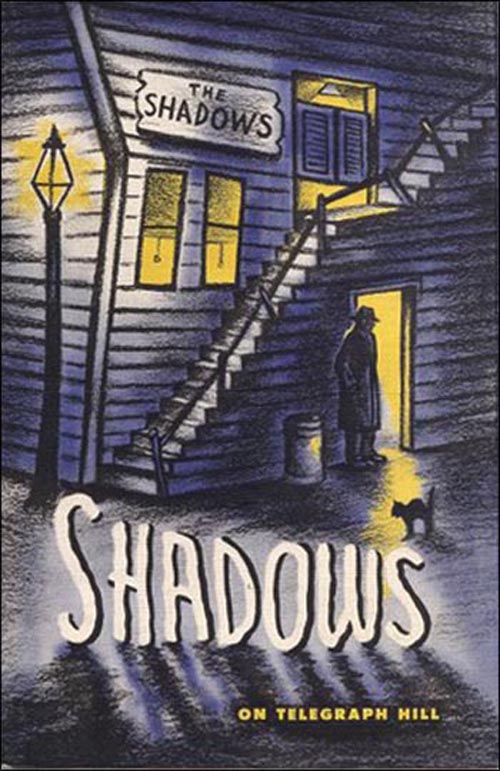 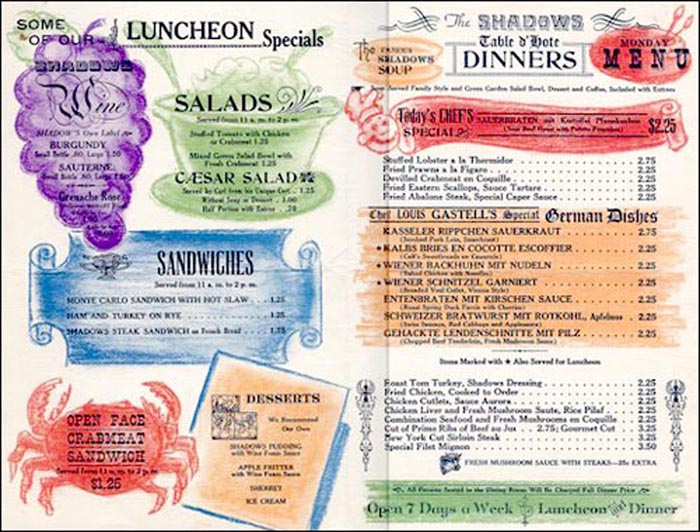 Notes: The Shadows restaurant, located at 1349 Montgomery St. at Filbert in San Francisco, Calif., opened in 1932, offering "a bit of Bohemia atop Telegraph Hill," as their matchbooks advertised. They featured German cuisine along with views of the San Francisco-Oakland Bay Bridge, Treasure Island and Mount Diablo.

The restaurant closed in the early 1990s and was replaced by Dalla Torre Restaurant in 1996, which closed less than 10 years later. Reports indicate it was bought circa 2006-07 with the intention to convert it to a private residence.

The whimsical cartoon drawing of Telegraph Hill has been seen rendered in airbrushed versions of blue on white and green on white and also red on white, as this 12 1/4" chop plate that was produced in 1956 shows.

ID and photos contributed by Christine