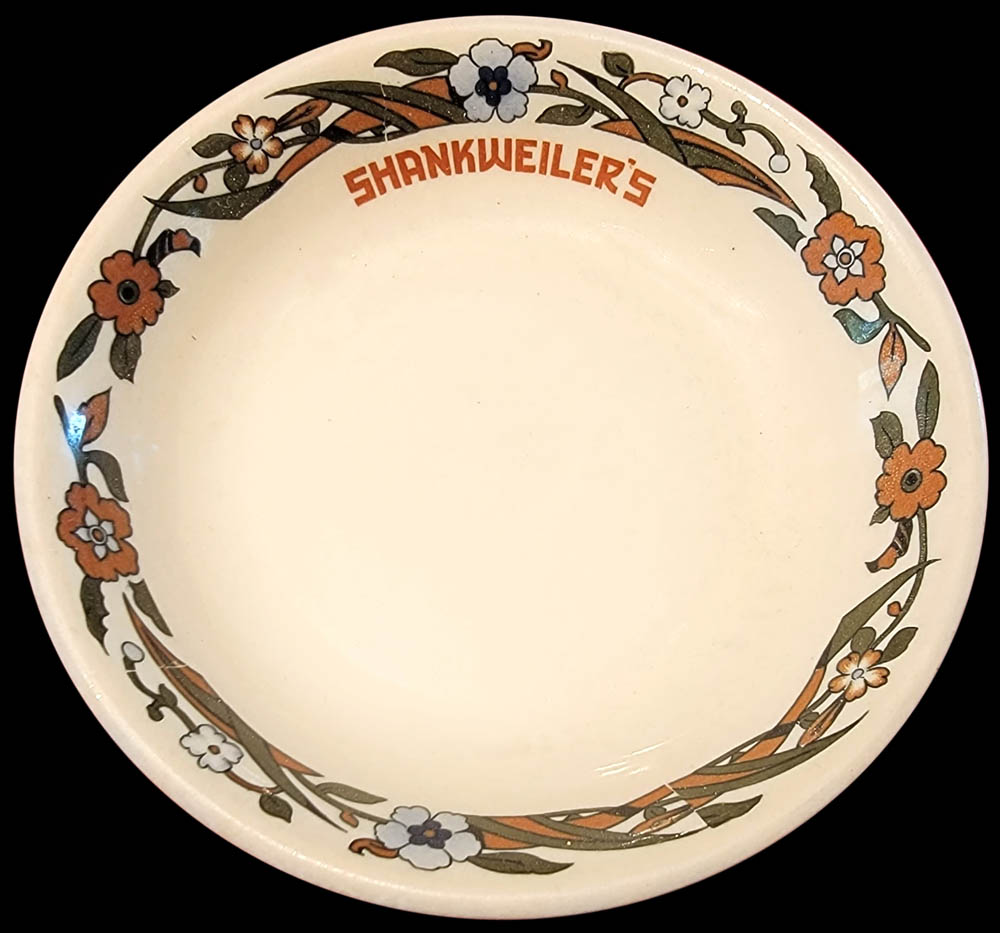 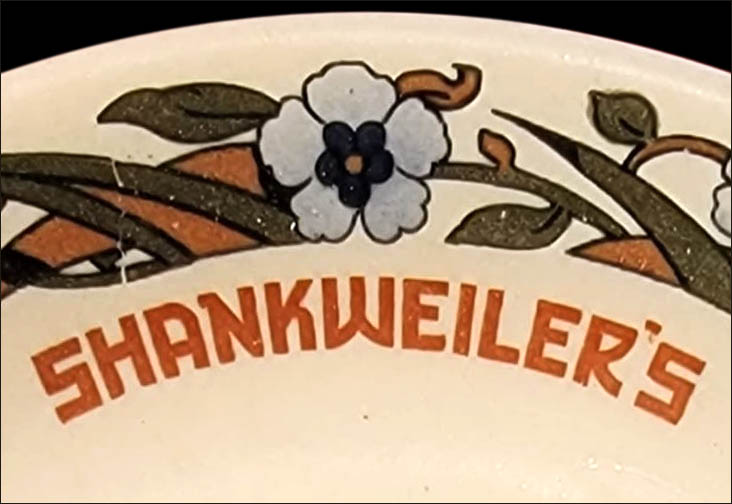 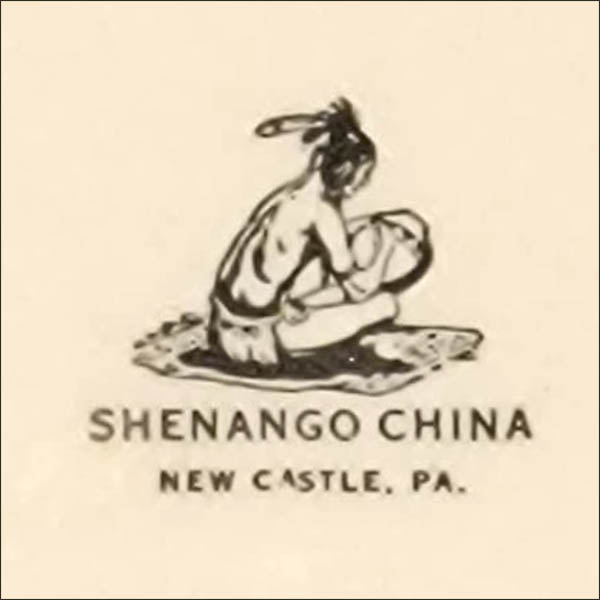 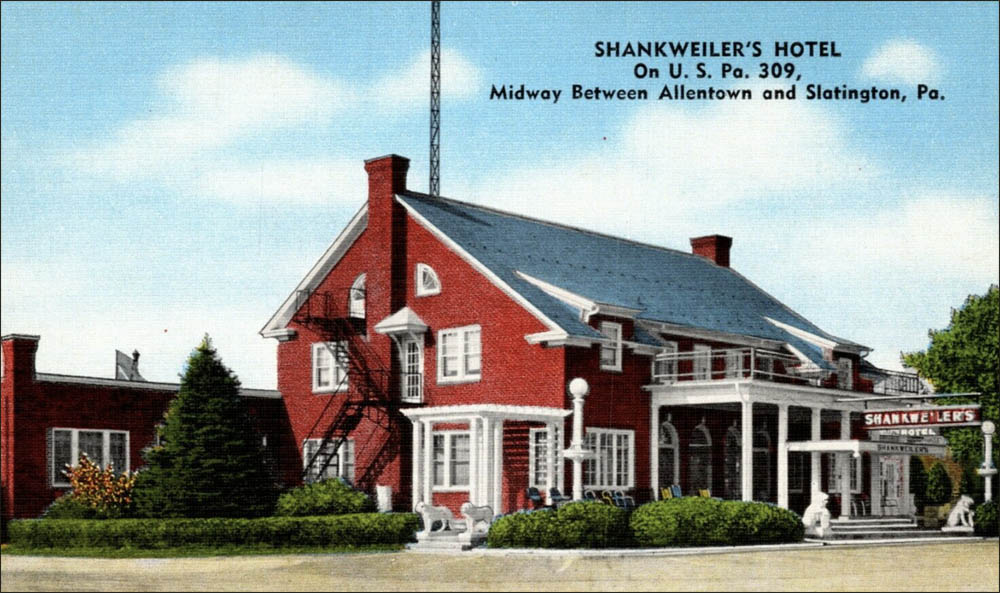 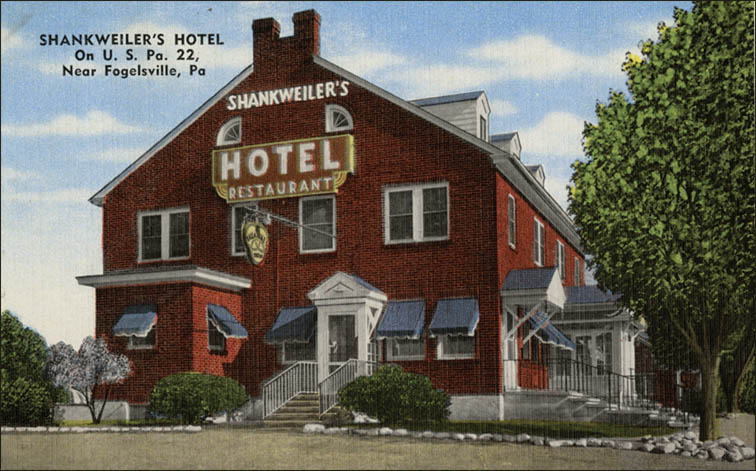 White body china that has a stylized border of flowers in light blue, white, and brownish orange along with stems and leaves in an olive drab. In addition, there are sprinklings of the brownish orange accents among the leaves. At the top of the bowl, beneath the border in reddish orange capital letters is the word "Shankweiler's."