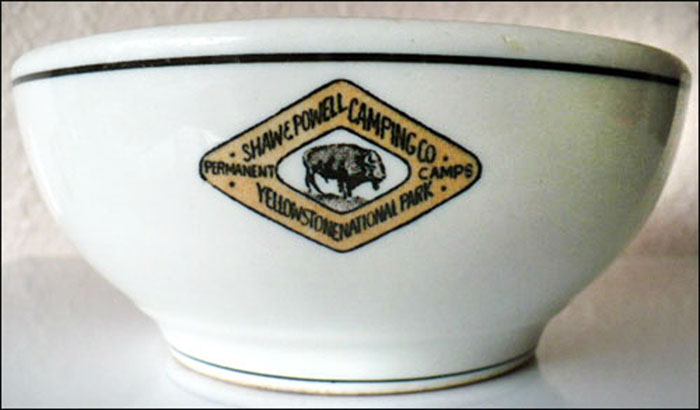 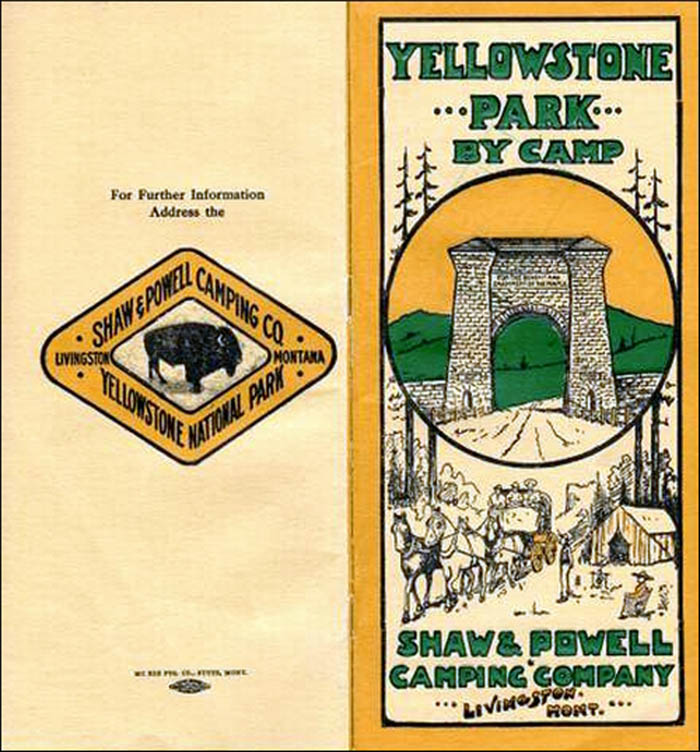 Notes: Founded in 1898 by Amos Shaw and John D. Powell, the Shaw & Powell Camping Company operated movable tent camps in Yellowstone National Park. By 1913, the company was granted permission to establish permanent camps throughout the park. This would have been used at one of these permanent camp locations.

Click here for a detailed history of the Shaw & Powell Camping Company by Robert V. Goss.