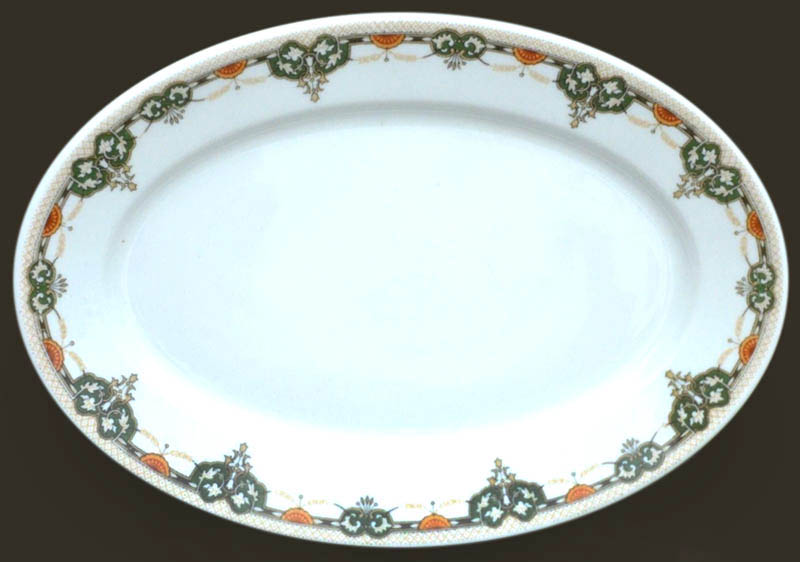 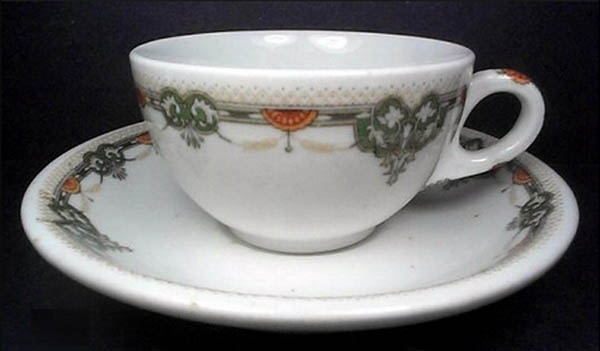 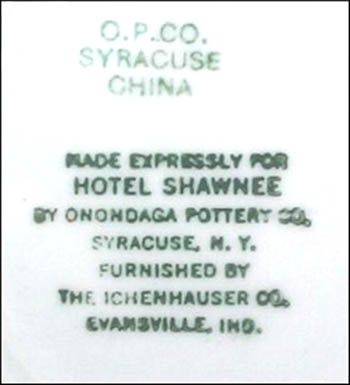 Notes: The Hotel Shawnee was located at 102 East Main Street in Springfield, Ohio. This eight-story, 250-room hotel was built circa 1910 as a Van Orman Hotel. It was not listed after 1961. The building was placed on the National Registry of Historic Plates in 1985. It is now Shawnee Place, an 84-unit residence for the elderly.

This particular pattern was one of Van Orman's earliest patterns used for both the Hotel Shawnee and the McCurdy Hotel in Evansville, Indiana. The pattern was distributed to both hotels by the Inchenhauser Company, located at 1st and Sycamore downtown in Evansville, Ind., which also offered some of the finest Queensware, lamps, pottery, glassware, toys, and even holiday goods to the Evansville area.

White body with a border of green and orange leaves, swags and ornaments.