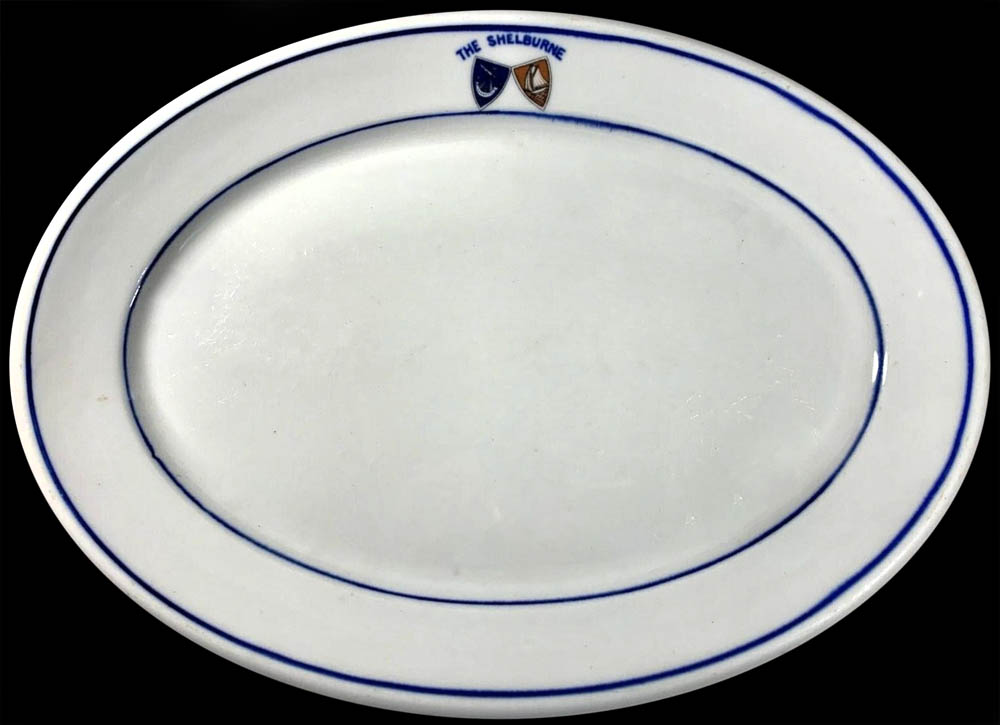 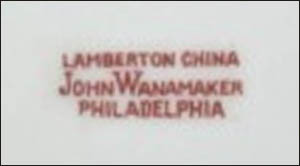 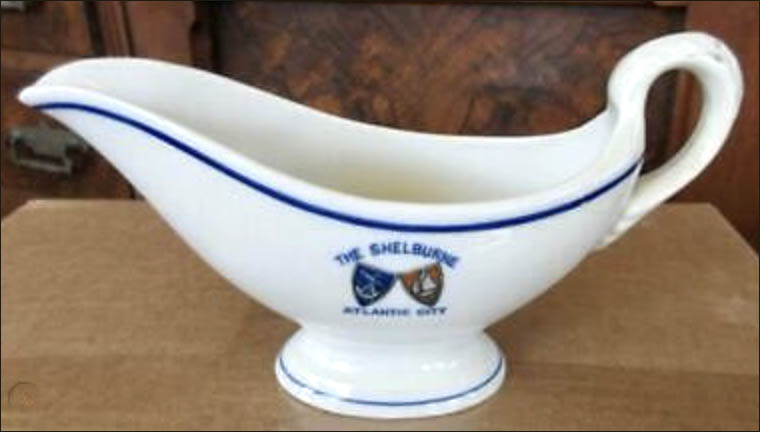 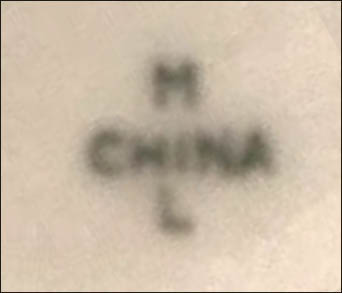 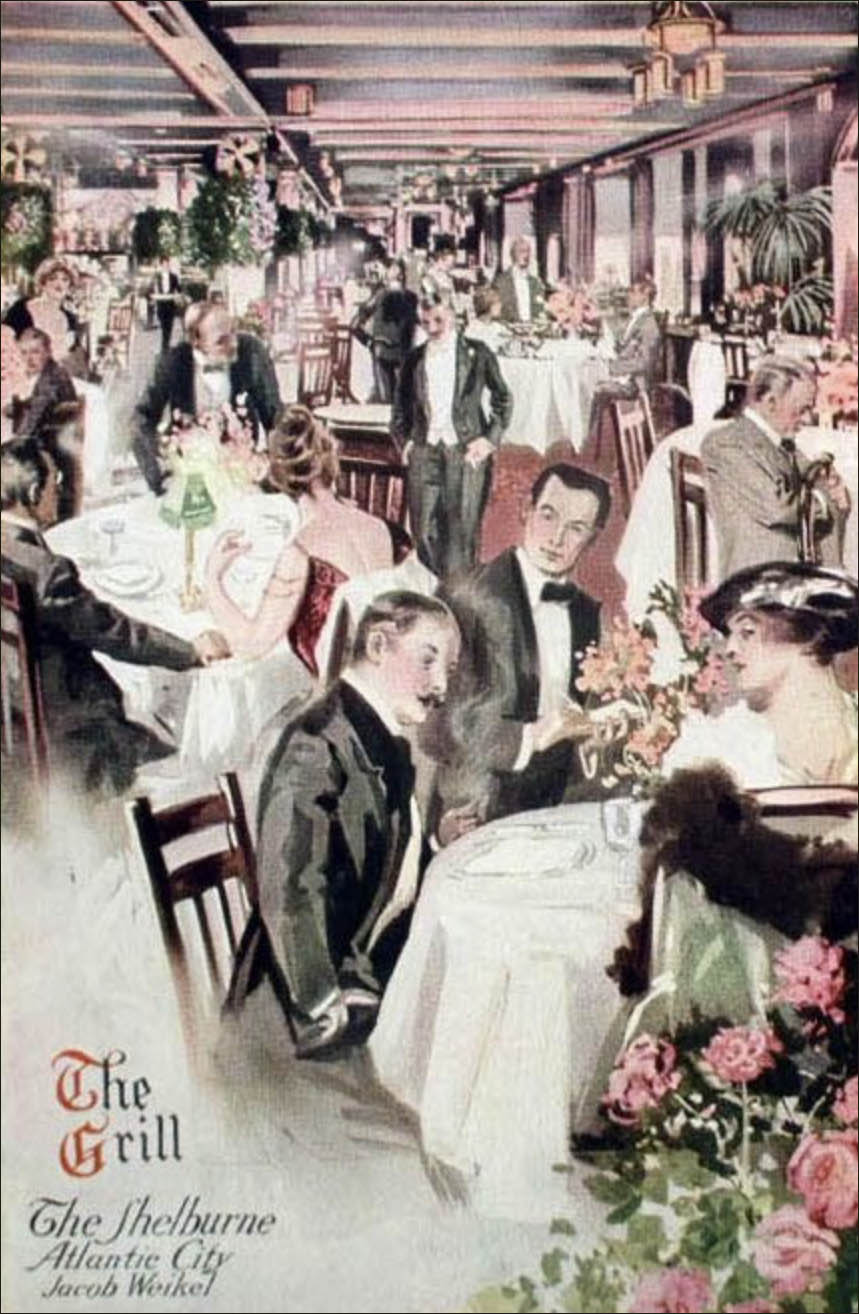 The Grill at the Shelburne 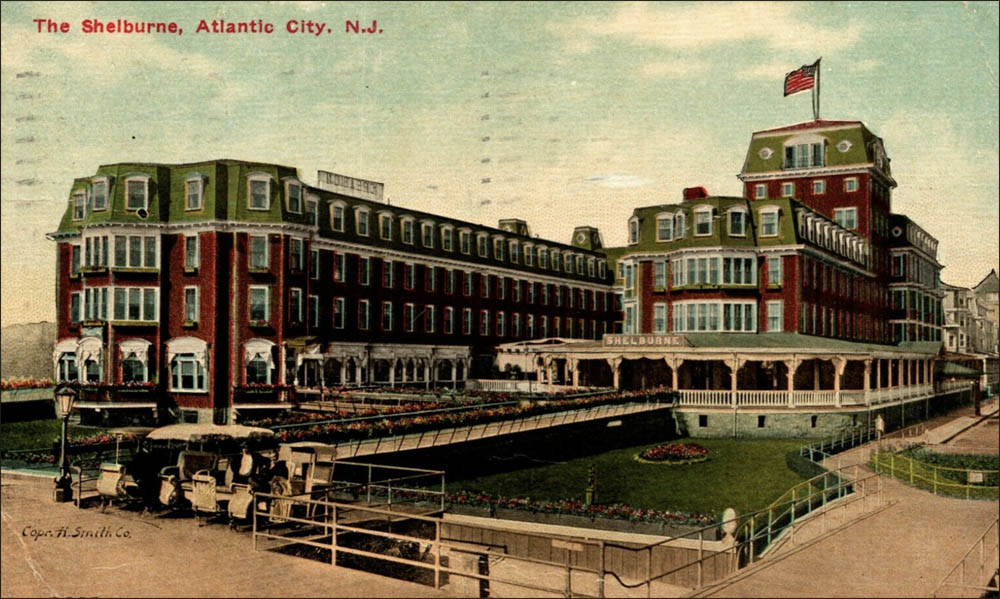 Early Exterior of the Shelburne Hotel 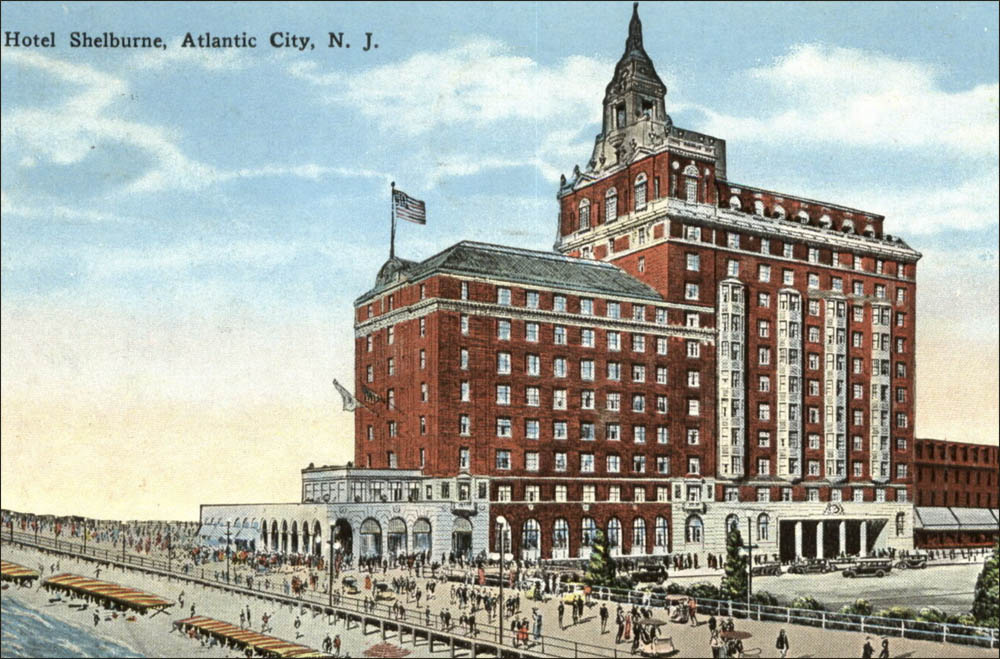 Notes: The Shelburne House, on Michigan Avenue near the beach in Atlantic City, opened before 1869. It was a three-story wooden structure with a railed observation deck at the top of its hipped roof. By 1887, it contained 80 bedrooms. By 1903, the Shelburne was about 12-stories with around 150 bedrooms. In 1922, the section nearest to the boardwalk was replaced with a nine-story brick structure. The 12-story center section, designed by Warren & Westmore was built in 1926. At this point the Shelburne had 400 rooms with 360 baths. It had a dining room, coffee shop, and cocktail lounge.  By 1943, it was "closed for the duration of the war" because it had been taken over for use by the Army.  After the war the old frame section was demolished.  In 1950, the Shelburne was purchased by National Inns, Ltd, and a ballroom was built. In 1959, a 150-unit motel section opened. The Shelburne closed in 1978. A $25 million renovation started around 1981, but then stopped after much of the interior had been gutted. It was torn down in 1984.

Maddock and Buffalo produced china that is crested with a pair of shields with sides that curve down to a point. The shield on the left contains a ship with sail against a blue background. The shield on the right contains a sailboat with reddish brown sea and sky. Curved above the shields is "THE SHELBURNE" in cobalt blue. There are blue rim and verge lines. When viewed side by side, minor differences can seen between the two companies versions of the decal crest. Some of the Maddock pieces are back stamped with John Wanamaker as supplier. This china service was probably reordered a number of times.

For additional info:
Shelburne 2 by Maddock Pottery and Scammell China