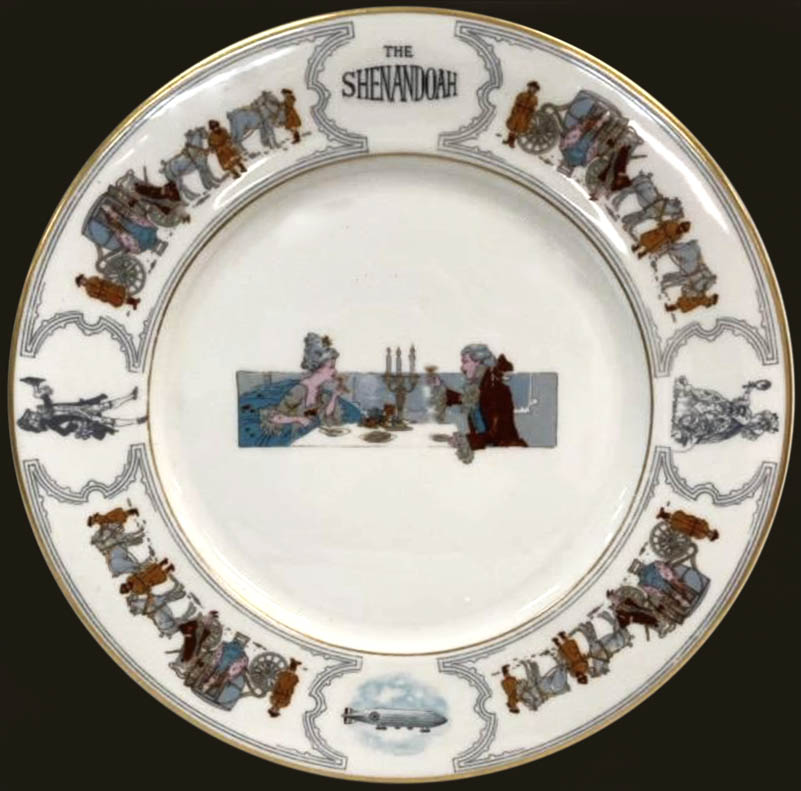 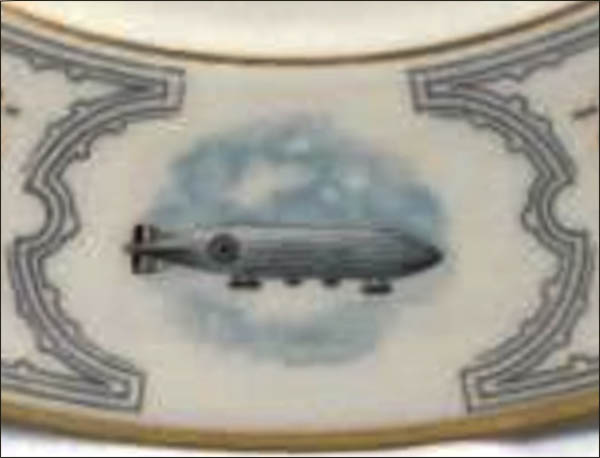 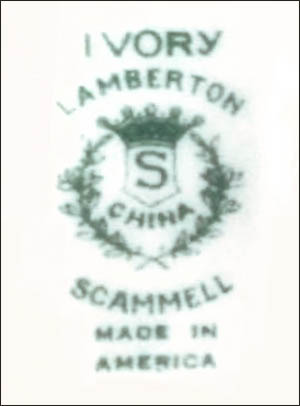 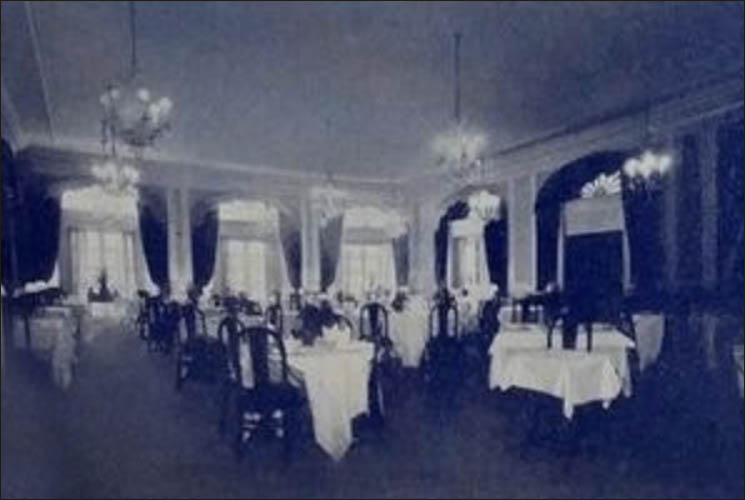 Dining Room at the Shenandoah Hotel 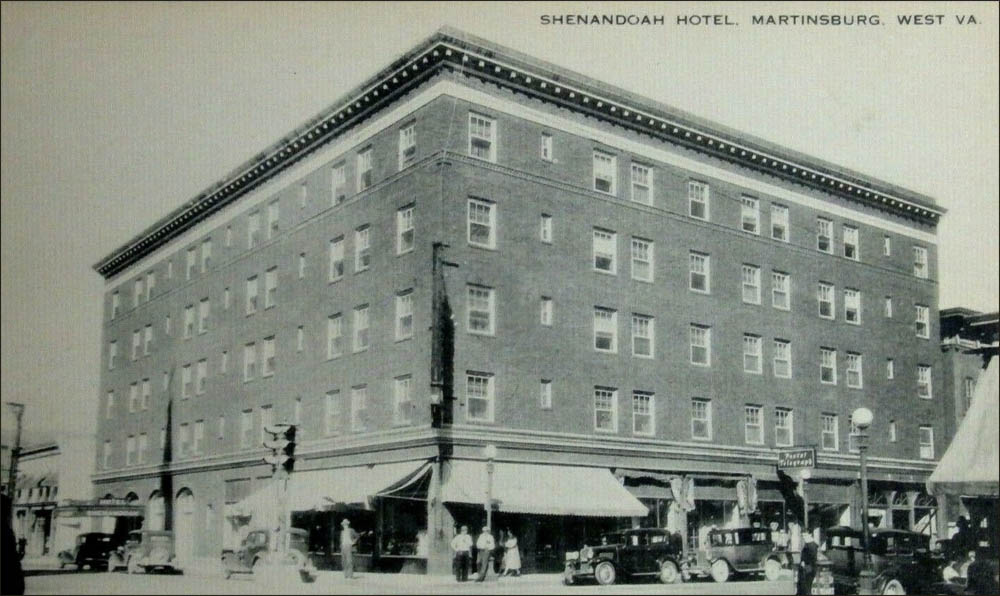 Notes: The Shenandoah, on the corner of Queen and Martin streets in Martinsburg, West Virginia, opened February 25, 1926. The five-story, 104-room hotel was financed by a group of 712 community investors and operated by American Hotels Corporation. It contained a "Crystal Dining Room" seating 175, the "Gold Ball Room" and a coffee shop. Around 1968, it became the Gateway Inn. By 2010, the hotel operation had closed, but the ballroom was available for rental events. In 2020, the upper floors were converted into 38 one- and two-bedroom apartments.

Scammell made Ivory Lamberton service plates that were crested at the top of the rim with "THE SHENANDOAH." The border was decorated with four horse-drawn coach scenes, with Colonial-garbed people between two of the scenes. At the bottom of the border was an illustration of airship USS Shenandoah, which was the first American-built rigid airship. It was built during 1922-23. On September 3, 1925, The USS Shenandoah crashed during flight in a storm over Ohio. Of the 40 or 42 crew members, 14 perished in the crash. (Sadly, several of the survivors later died in crashes of other Zeppelin-styled U.S. Navy airships.) The Shenandoah's inclusion on the border of this plate was probably in honor of the airship and its lost crew. Click here for the Wikipedia's article on the USS Shenandoah.

The one known surviving example of this service plate is made on Ivory body china, which Scammell introduced in 1928. So, this may have been a reorder of what had originally been produced on white body china.