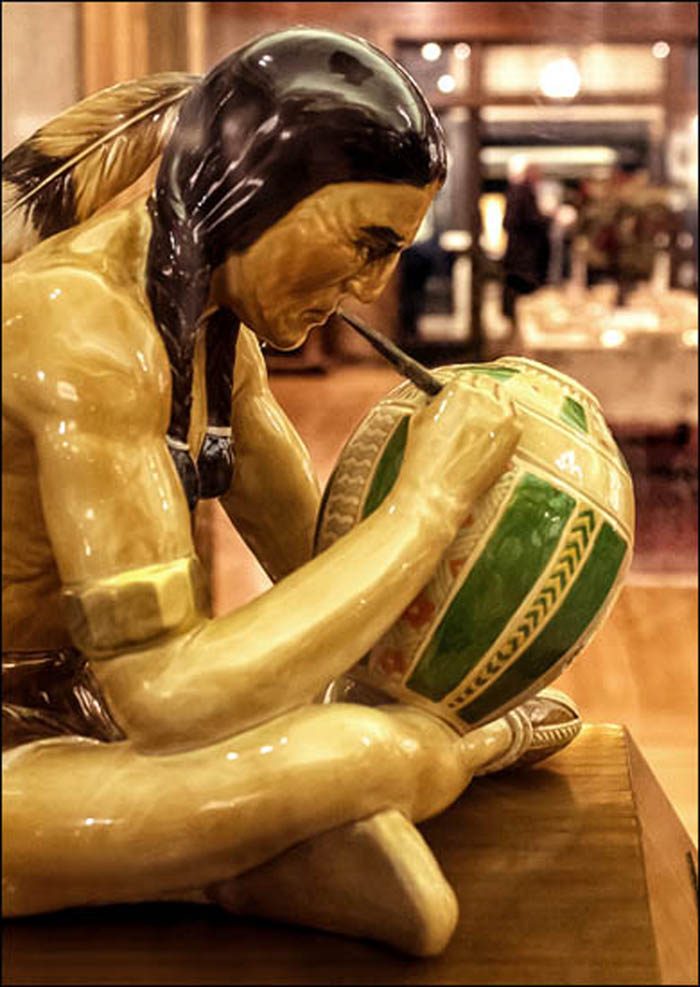 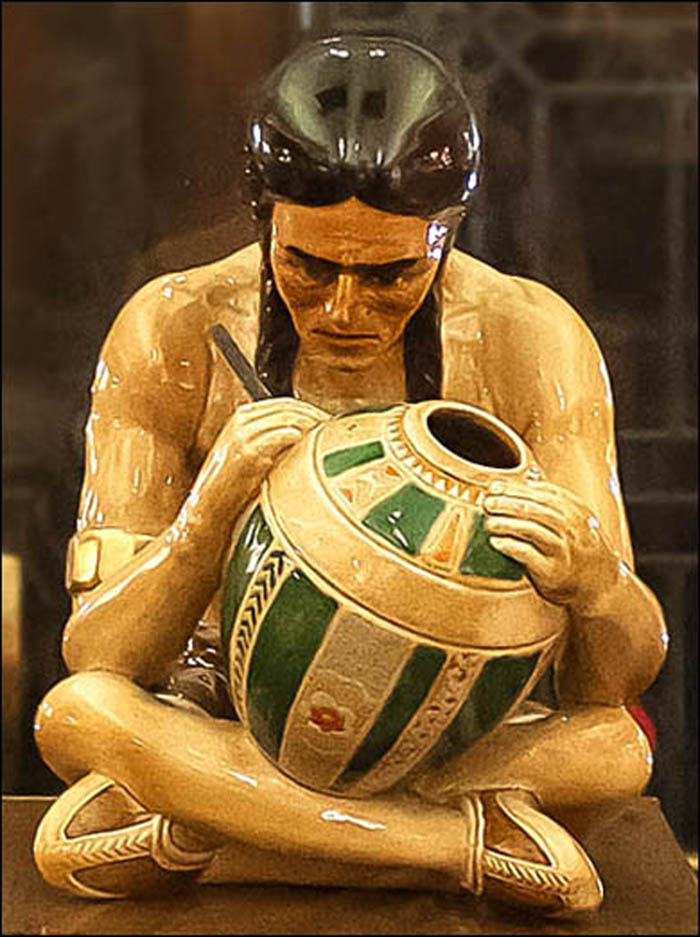 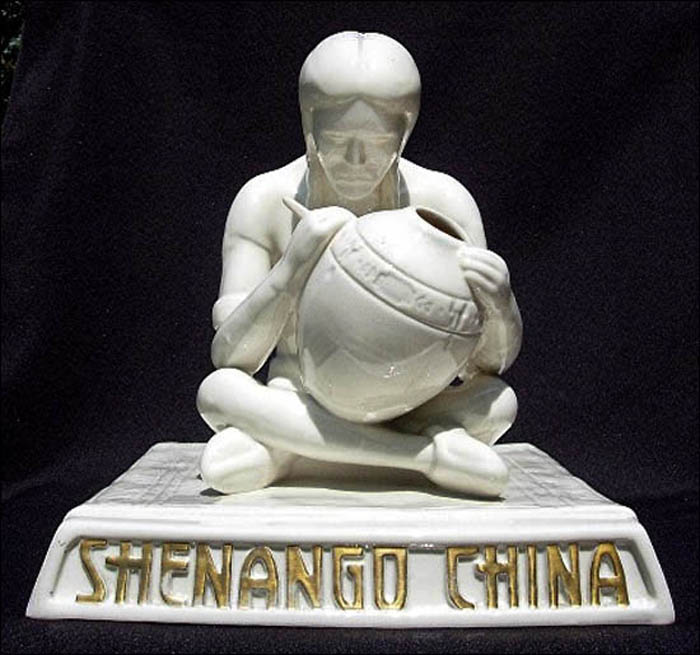 Notes: Shenango had a sculptor create a three-dimensional version of its Native American potter trademark for use at restaurant and hotel trade shows, as well as in the showrooms of Shenango distributors. There were at least 60 Shenango dealers, including some of the major concerns such as Albert Pick, L. Barth, Arthur Schiller, Dulin & Martin, M. Seller & Co., and Morandi-Proctor, to name just a few.

There were at least three different versions of this sculpture produced. One version was in unglazed bisque and measures about 10 1/2" x 11 1/2" by 10 1/2" high. The second version was about the same size, but with a glazed finish. On this version the Indian wears a single feather headdress on the back of his head. The rug on which he is seated has fringe grooves on each side. Here the Shenango China lettering has a gold finish.

A third version (shown above) was on display at a 2013 exhibit at the Hoyt Center for the Arts in New Castle, Pa., "Shenango China: Preserving a Legacy." This Indian was painted and glazed with green details on the pot, black hair, a brown feather and brush, but no rug.

This ornate version honored members of the Million Dozen Society of Shenango Salesmen, according to a plaque adjacent to the sculpture. To have his name engraved on the plaque, a salesman had to sell 12 million pieces on china. Based on the names on this plaque, 21 salesmen achieved this goal.

For related info:
Exhibit photos by Lea Nugent-Crabill of the 2013 exhibit

Video of the exhibit "Preserving a Legacy"