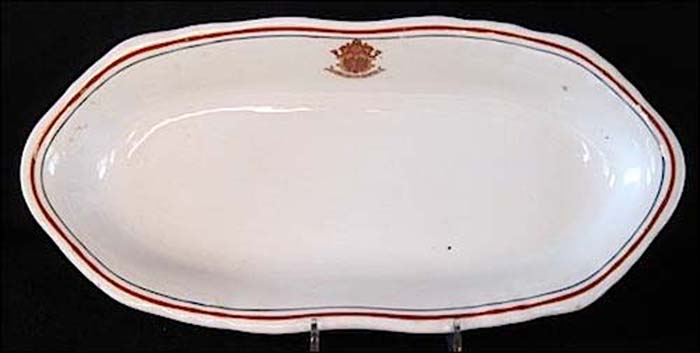 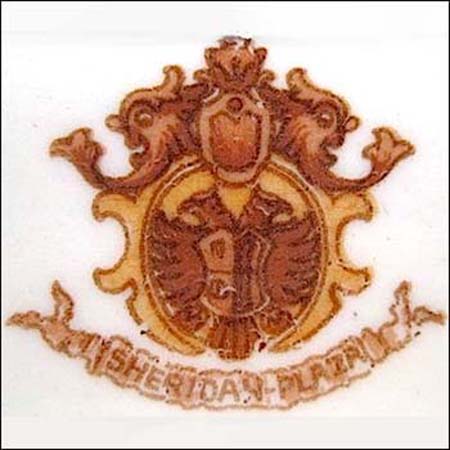 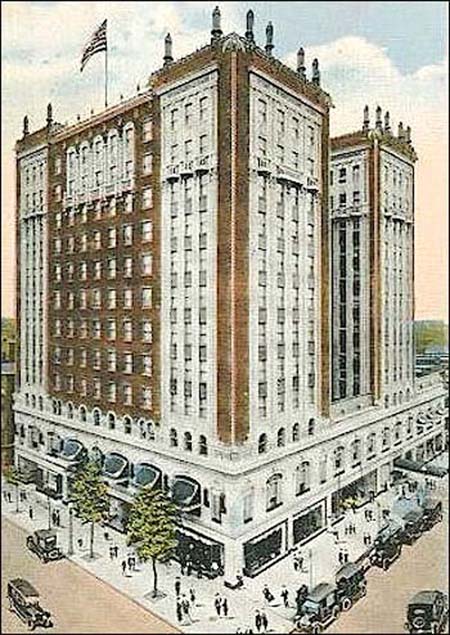 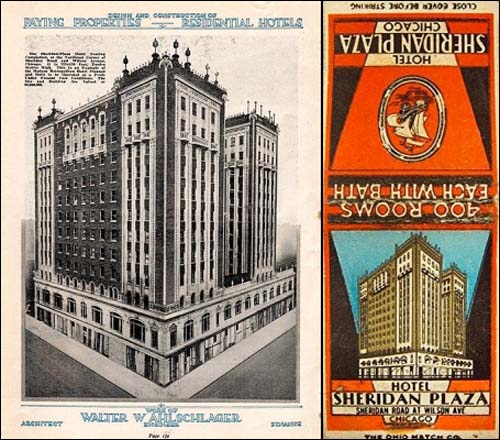 Notes: The Sheridan Plaza Hotel is located at 4607 North Sheridan Rd. in Chicago, Ill. The 12-story, 500-room hotel opened in 1921 as one of Chicago's most lavish apartment hotels. It was designed by Walter W. Ahlschlager, who also designed the Peabody Hotel in Memphis, Tenn. In the 1940s, the Sheridan Plaza was a popular seasonal home for Chicago Cubs players.

The hotel was placed on the National Register of Historic Places on Nov. 21, 1980. It is presently (2013) the Sheridan Plaza Apartments after an extensive renovation circa 2010.

The celery dish has a brown and black line on its rim. The elaborate logo is made up of a shield, double-headed eagle and banner with Sheridan Plaza, all in shades of brown