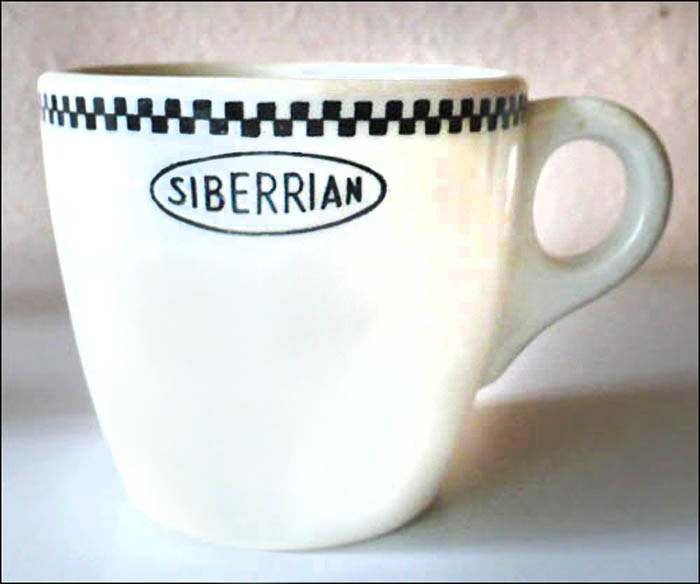 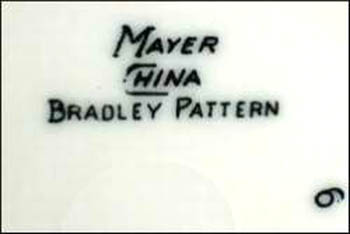 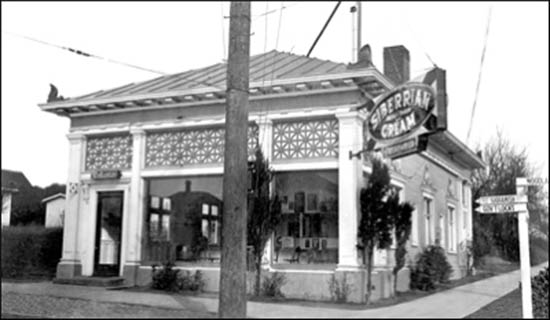 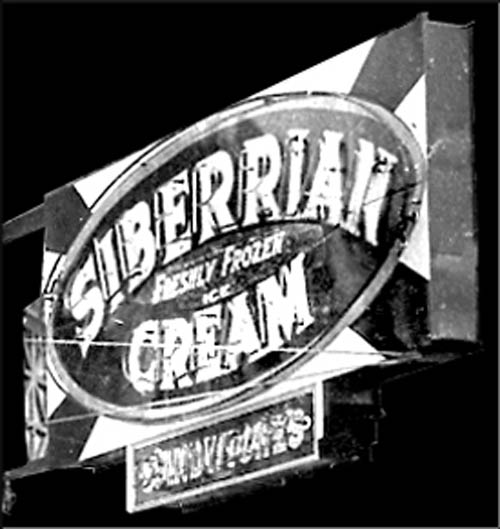 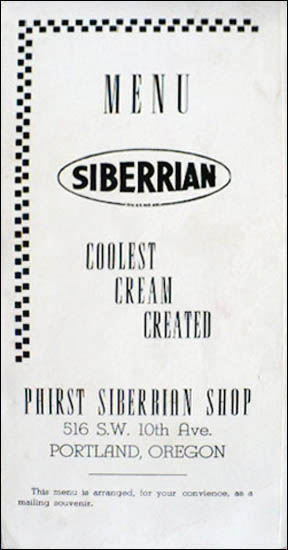 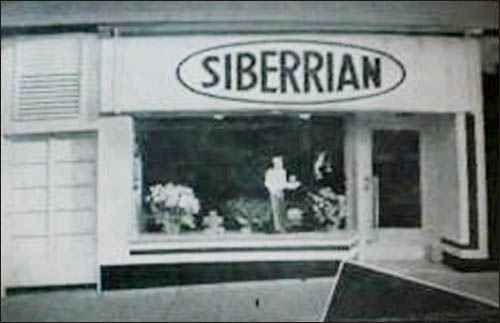 Notes: This business has been variously referred to as the Siberrian Freshly Frozen Ice Cream Shop and simply the Siberrian Shop.

An article on LincolnCity.org goes to some lengths to capture the history of the Siberrian Shop in Delake, Oregon, which opened in June 1936. It was owned by Mr. and Mrs. K.L. Benefiel and served quick meals as well as the soft serve ice cream that was invented by Si Berry and first served at his location in Portland.

According to the Berry's daughter, he opened his first shop in Portland in 1932 on 10th and Washington Streets (see menu below) and eventually franchised the business. "He designed the dishes," she said. "He designed everything that had to do with the stores … We had a black and white checker pattern on all the dishes, the cups, the saucers, and the Siberrian logo. The little black footed ice cream dishes were manufactured especially for Dad."

The name with the unusual spelling was a combination of the owner's first and last names, Si and Berry, hence Siberrian.

Of at least two known shops in Seattle, one was located at the northwest corner of Market Street and 15th Avenue NW. (Compare the oval topmark on the plate with the shop's front signage shown in the 1938 archive photo above. The 1937 Polk Directory listed Donald D. Dunlop and Charles M. Runnels as the owners of this Siberrian Cream Shop in the Ballard neighborhood of Seattle, WA. (Source: Journalist/Author Paul Dorpat)