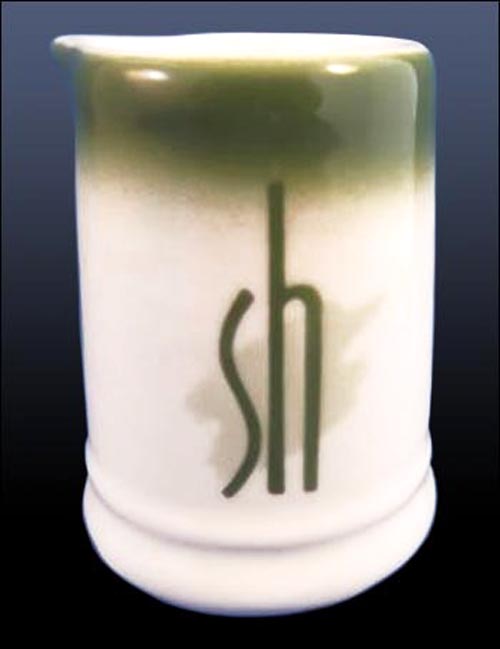 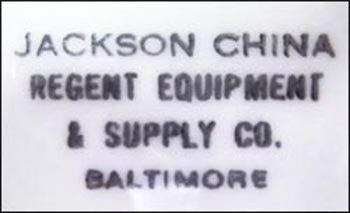 Notes: The airbrushed creamer with the SH initials was made for Sinai Hospital, 2401 W. Belvedere Ave., in Baltimore, Md. According to Larry Paul, "because Sinai is a Jewish operated facility and has Kosher meals, this china was made in two different color logos. The creamer [being dairy] would only have come in the one color." This means that there is likely an identical china with the SH logo in a different airbrushed color that was also used by Sinai Hospital.

According to the hospital"s website, Sinai Hospital was founded in 1866 as the Hebrew Hospital and Asylum. It is unknown when the name was changed.