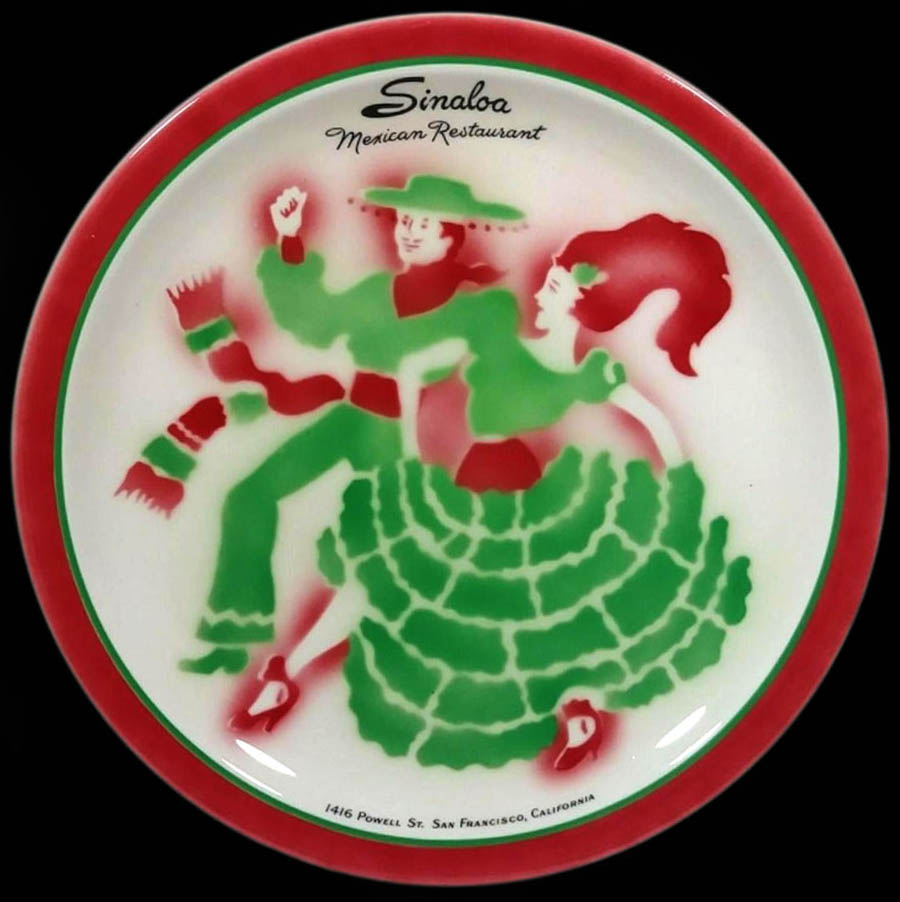 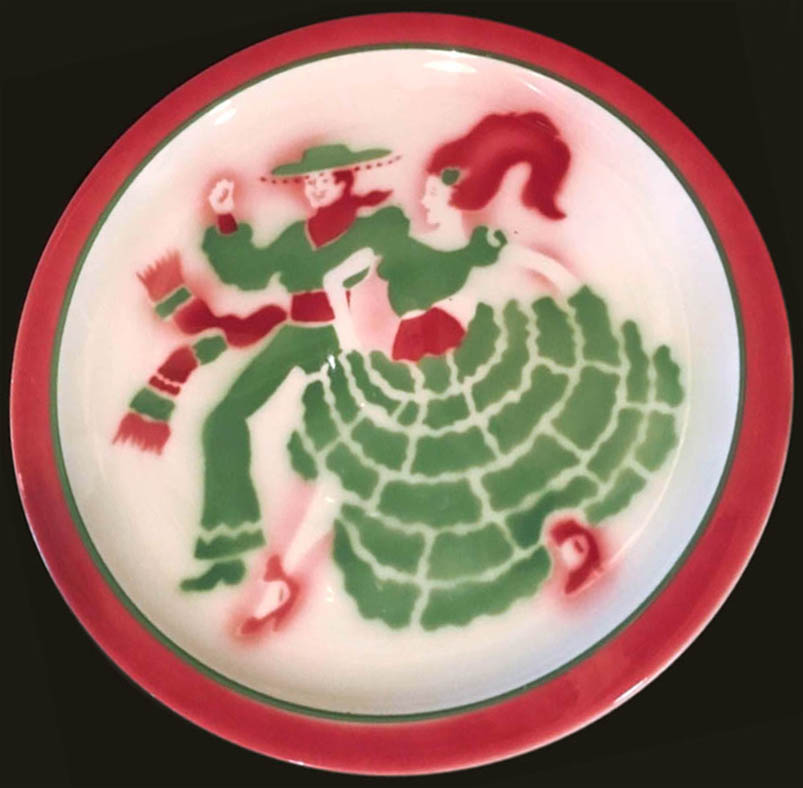 Also seen without the restaurant name, it is not known if this pattern was also available to other customers. 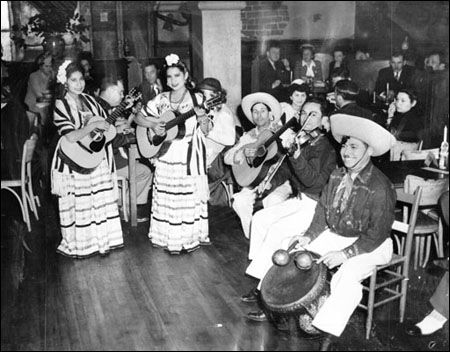 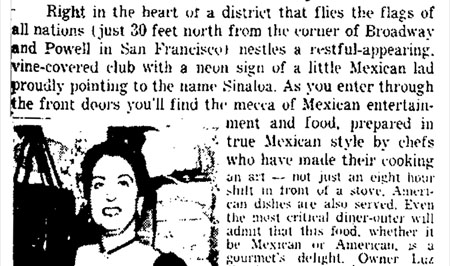 Notes: Located at 1416 Powell Street, San Francisco, Calif., and owned by Luz Garcia, the Sinaloa Mexican Restaurant was so much more.

Serving both Mexican and American fare, it was widely known for its nightly entertainment and was a "favorite haunt of the San Francisco Giants Latin baseball players."

The white plate depicts airbrushed flamenco or mariachi dancers in red and green.